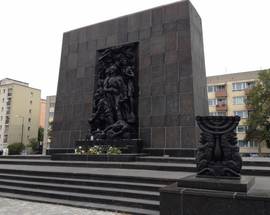 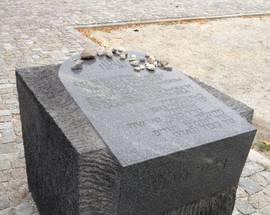 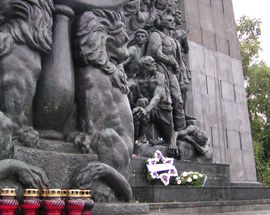 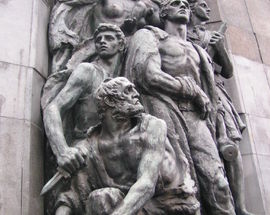 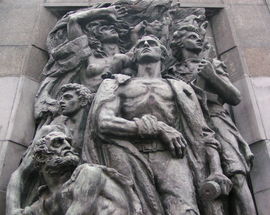 In the middle of a large, attractive square beside the POLIN Museum, you'll find the Monument to the Ghetto Heroes, which commemorates the first Warsaw Ghetto Uprising of 1943. Designed by Leon Suzin and sculpted by Nathan Rapoport in 1948, close by stands an earlier memorial tablet to the Ghetto Heroes, also by Suzin, which was unveiled in 1946. Interestingly, stone used in the monument had been brought to Warsaw by the Nazis and was to be used in architectural projects planned for a new Warsaw by Hitler's architect, Albert Speer. In the square, you'll also find a statue of Jan Karski, a Polish resistance fighter famed for informing the allies about the existence of Nazi death camps and the systematic destruction of the Warsaw Ghetto.

ul. Anielewicza 6
EDITOR'S PICK
/warsaw/polin-museum_47837v
A millennium of Polish Jewish history is explained in this excellent museum which opened on 28th October, 2014 following many years of planning. The grand opening ceremony was headed by the President of Israel, Reuwen Riwlin and the then Polish Presid
see more
Editor's pick

ul. Miła 2
/warsaw/anielewicz-bunker_68378v
A small mound and memorial (only 350m from POLIN), marks the site of the large bunker from which the
see more

ul. Prosta 51
/warsaw/memorial-to-the-evacuation-of-warsaw-ghetto_154003v
Unveiled in 2010, this monument is located on ul. Prosta 51, right next to the sewer entrance where a group of around 50 fighters from the Warsaw Ghe
see more

Skwer Willy'ego Brandta
/warsaw/willy-brandt-kniefall-monument_47834v
On December 7, 1970 images were flashed across the world of German Chancellor Willy Brandt knelt in pensive apology in front of Warsaw’s Monument to the Ghetto Heroes. Popularly known as the ‘kniefall’ the spontaneous gesture was to become a symbol of re
see more