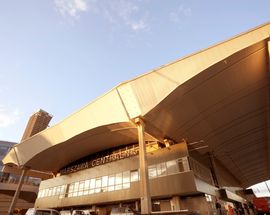 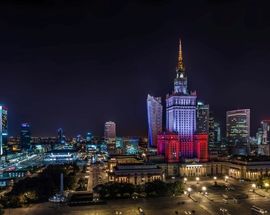 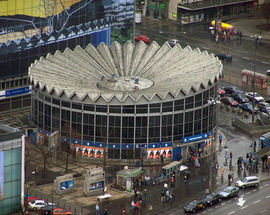 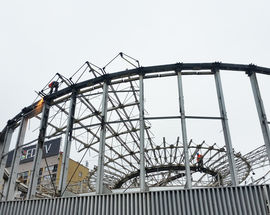 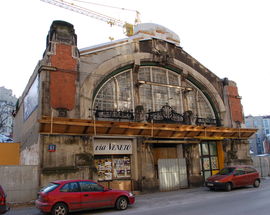 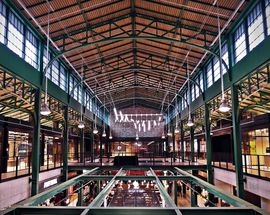 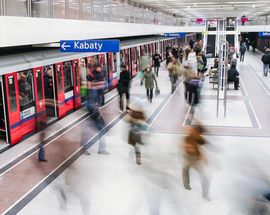 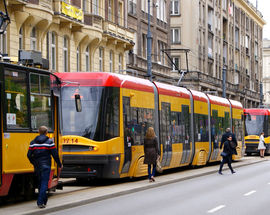 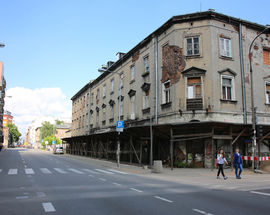 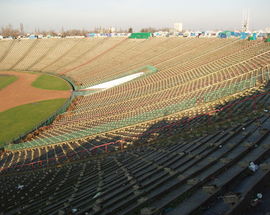 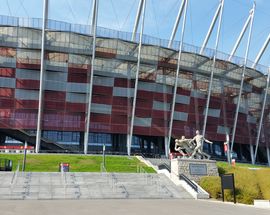 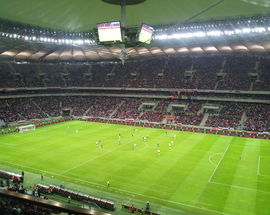 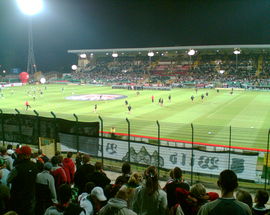 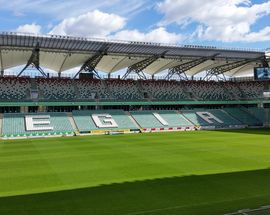 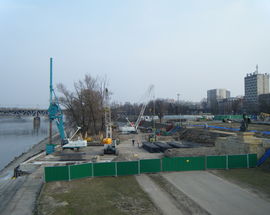 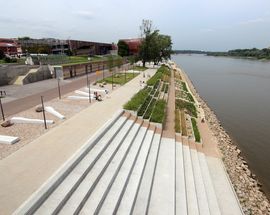 "First impressions of Warsaw are rarely favourable. On the face of it the city is a demonic hallucination of whirring sirens and depressing tower blocks" was the opening line from our very first Warsaw guide way back in 2001. Quite harsh, wouldn't you say? But that's just what Warsaw used to feel like. What about now? As the new editor for Warsaw In Your Pocket, will I beat Warsaw down? Does it deserve it? If you understand Poland's history, you'll know the country, and Warsaw especially, has received a fair few beatings throughout its existence and it would feel sickly weird to slap down a city that looks like it does today not through poor management but mainly the heavy hand it was dealt by its geographical location and events in world politics, especially during the Second World War.

For a long time, a largely grey city that was still a long way off from becoming the colourful city of today, the increased hints of colour were starting to show up here and there at the turn of the millennium and a new confidence was growing amongst the city's people, but there still existed large eyesores that stained the city knocking a bit of that confidence; areas just yearning to be spruced up!

But that was then. There were two key events that really kick-started Warsaw, and of course Poland's, regeneration: joining the European Union in 2004 and being awarded the honour of co-hosting the 2012 European Football Championship with Ukraine. It's thanks to these events that things have changed for the better at a far quicker pace than could have originally been realistically conceived at the turn of the millennium.

Not long after gaining EU membership, it was easy to see increased investment and EU funding come Poland's way as the capital's buildings quite quickly began to lose their blackened or neglected facades and were now gaining pretty new shades from a large palette of colours! It's not that this wasn't happening before, of course it was, but at a much slower pace – often stopping for periods of time when funding ran out!

The Old Town has always been a gem in Warsaw, the focus of a spiritual rebuilding effort in the city undertaken during the Communist era, however, what about further afield? Let's start in the centre, huh? Then, like now, people arriving in the city often end up either in or near Warszawa Centralna (Warsaw Central Railway Station), a weird looking building that had been neglected and looked set to be knocked down and replaced in time for EURO 2012. Thing is, the Polish gov. had huge ambitions to implement infrastructure changes in the whole country in such a short time that it was obvious deadlines would be missed. And so it came to pass, the building would instead be renovated and remains as you see it today – in all fairness, it looks much better, and no longer stinks of urine and the trains have been upgraded too! The underground passages too were spruced up and no longer have that humid feel and greasy smell that summed up their existence in the 90s. So clammy, so greasy, so smelly. Not great unless you desperately needed a kebab to cure a hangover.

Just across the street is Warsaw's other main city centre building that has always had a love/hate relationship with the people of the city, even to this day. The Palace of Culture and Science (Pałac Kultury i Nauki), Stalin's gift to Varsovians, who were given the choice of the building or a new metro (for which there were already pre-war plans to build). The people chose a metro, but in true Stalinist style, the choice was already made for them and PKiN it was to be! The building itself hasn't changed much in decades and still provides one of the best 360° views of the city. Now, the area around the Palace of Culture is a different story. Skyscrapers have been springing up like mushrooms since the 90s, most in plots of land that lay derelict, so the changes cannot be bemoaned. Now, there are even more in the plans. The contrast of the city centre are stark between the decades as PKiN once dominated unchallenged in Warsaw's skyline, where now, it's gradually being surrounded by foes of a capitalist persuasion! One constant is what seems like the never ending discussion of what to do with the large Plac Defilad (parade square) in front of the palace. It's looked dreary for decades, and still does. Despite plans to build museums and public spaces here, there never seems to be a final decision in sight to get the area changed for the better. Currently Plac Defilad acts as a bus pick up/drop off point and food truck area. It wouldn't surprise us if for issue 200 there's still nothing of genuine interest there...

Just a stones throw away on Marszałkowska Street, there once stood the jaggy crowned Rotunda bank building, until in early 2017 it was dismantled, but fear not lovers of Communist architecture, the building is set to make a comeback in its original [outer shelled] form in the near future, all part of a renovation plan. Next to this we have Warsaw's Central Metro Station, which way back in 2001 only contained one line and not even fully completed – it was only finished in 2008! The line stood in direct competition to Glasgow's easy-to-use single one line loop system, but Warsaw later branched out with a cross to form two lines, the 2nd super modern line opened in 2015 and is currently being extended. Still easy to navigate, but nowhere as simple as Glasgow. One up on Glasgow though, the majority of trams and buses are pretty new and a far cry from the old tin cans they used to be, even in 2001.

Going further south down Marszałkowska street, you reach Plac Zbawiciela (Saviour Square), which back in 2001 was the location of a few under par restaurants, the main church and street vendors selling fruit and flowers. Fast forward to today and you find a whole host of hipster bars in the square and surrounding areas that sum up one of Warsaw's most impressive changes...

Aside from the physical revamp, the gastronomical revolution has improved immensely, with various cafes and restaurants dotted around the city making life pleasurable for locals and tourists alike. No more must you settle for greasy, poor quality food, but now have a choice of great cuisine ranging from traditional Polish food to Asian, Italian or Indian and good ole hip food truck favourites too.

Hala Koszyki best sums up this change – the food is good, and small bistros sit next to classy restaurants in a fantastically restored building. Reopened in 2016 after years of languishing, the old Hala Koszyki was once an indoor market where grandmothers would go to do their shopping, at the risk of bricks falling on their heads due to the poor state of the building. These same grannies were shocked when it reopened, unable to buy simple, cheap market foods but instead seeing an offering of high-end foods at fairly high prices. Gentrification 1, locals 0.

The nightlife provides an eclectic choice for all tastes, most, although not all, are in the city centre, but can also be found down by the river and in increasingly popular Praga, which for a long time was so old and shoddy looking that Roman Polański used streets in the area to film wartime scenes for The Pianist. Then hipsters moved in, started setting up bars and cafes, giving a much nicer appearance to the place through much needed renovations. One downside, though: Gentrification 2, locals 0 in terms of rents going up. Of the bars and clubs, all tastes are catered for in the city. To find what you're looking for, it's best to check our nightlife section. It's not that it wasn't possible to have a good night out in Warsaw when we wrote issue 1, there were many great places, but bars and clubs change with the wind, with few classics remaining. Keep up with the tastes of the time is the aim of the game here.

The cultural events have increased immensely in Warsaw too; gradually in the 90s, more so in the 2000s and now there is hardly a day when there isn't a concert, exhibition, fair or festival on in the city for all to enjoy.

Going further afield in Warsaw, there has been an effort to bring the whole city, not just the centre, up to scratch. The most famous is the National Stadium. Believe it or not, on the same site, there once stood a former stadium built from the rubble of Warsaw's destroyed wartime buildings. Used mainly for Communist party fanfare and national celebrations, the whole stadium fell into a sorry state and eventually became Europe's biggest outdoor market, where you could buy anything from forged documents, weapons and illegal DVDs. The decision was made to move sellers away and build the new 58,500 seater stadium you see near the riverside, from time to time giving a light show to admirers. With a host of stadium upgrades in Poland, even Warsaw's biggest team, Legia Warsaw, decided it was high time to upgrade their stadium from the single stand they had to the brand spanking new one they have now, opened in 2013.

Looking out onto the river, with the stadium in the background, it's pleasant to now sit on the revamped Vistulan Boulevards, where half the city's population goes during the summer, and chill out by the river with a beer and a food truck snack. The truth is, as with most of Warsaw, there were pre-war plans to revamp the boulevards, and a large section had indeed been completed before the war broke out, however, post-war it was poorly looked after and often frequented by homeless drunks. The left bank of the river would have to wait more than 80 years before the revamps would begin again with the first section opening in 2014 and the second in June of 2017, with yet more work to do!

Varsovians have always loved their city, despite it's ugly side. In the 17 years we have been publishing guides here, there's no doubt the changes in the city have been for the better. Even as I write there are cranes and scaffolding dotted around the city working away on old and new buildings, and plans are in foot for more improvements and even the potential to restart the odd rebuilding effort, such as the wartime destroyed Saxon Palace. The future holds a mix of everything, old and new, and I wonder to myself, what will Warsaw look like in another 10-20 years? Whatever may be, we'll be there to keep you up to date with the changes. Here's to Warsaw, and here's to Warsaw IYP on a happy centenary!