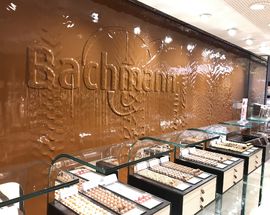 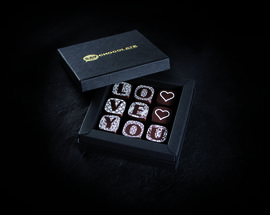 Where to buy Swiss chocolate in Zurich

Swiss chocolate is world renowned - and yes, you should take advantage of that fact that you're in Zurich and try some of these sinful sweets in one of the many specialised shops in the city. We list Zurich's best Swiss chocolate shops below. But have you ever wondered why the Swiss are so rightfully famous for making such delicious chocolate?

Cocoa, the main ingredient of chocolate, comes from South America and was brought to Europe in the early 16th century. But it wasn’t until the end of the 18th century that Swiss craftsmen began processing cocoa and establishing small businesses producing chocolate. In the 19th century, some of today’s best-known Swiss chocolate producers (like Suchard, Sprüngli, Lindt, Callier and Tobler) were established.

However, it took two technological leaps in the 1870s for Swiss chocolate to become a real success. First, Daniel Peter invented milk chocolate by using condensed milk. Then, in 1879, Rodolphe Lindt invented the mysterious conche. This scraper-mixer makes solid chocolate smooth and creamy rather than hard and gritty, which made chocolate the incredible treat we now know. The Lindt conche was a milestone and has been copied ever since. In the following decades, the Swiss became very keen on this creamy chocolate and soon began exporting it. Today, around 175,000 tonnes of chocolate are produced in Switzerland every year. And yes, the Swiss are the world’s greatest chocolate consumers. Statistically, the Swiss eat around 12 kilos each year. By comparison, the average American eats only 5.4kg per year.

Zurich's most famous chocolate producer and confectioner is probably Sprüngli, whose original shop and café are situated on Paradeplatz. Another well-known Zurich chocolate maker is Lindt & Sprüngli. Although it was originally connected to Sprüngli, the business was divided at the end of the 19th century. Its factory is located just outside Zurich and you can buy Lindt chocolate in literally every grocery store in the city. But there are also other local confectioners worth visiting like Teuscher, Läderach, Vollenweider or Bachmann on Bahnhofstrasse, which offers its very own Chocolate World complete with a flowing wall of chocolate. In recent years, small chocolate producers like Taucherli have brought the 'bean to bar' trend to Zurich. This means that the producers do all of the necessary production steps themselves (unlike many of the the big chocolate producers).

The best chocolate shops and experiences in Zurich

Bahnhofstrasse 21
featured
/zurich/sprungli-cafe-restaurant_65271v
Sprüngli has been around for over 180 years and for locals it’s synonymous with excellent confectionery and chocolate. Their café is the place to stop for a …
see more
Featured
Zurich Chocolate Shops

Bresteneggstrasse 4, Buchs
featured
/zurich/chocolat-frey-visitor-centre_153893v
You and your kids can get to know how chocolate is made in a playful way at the visitor centre of Chocolat Frey, Switzerland's biggest chocolate producer. On …
see more
Featured
Zurich Chocolate Shops

Lagerstrasse 28
featured
/zurich/Say-Chocolate_132311v
Here you can say it with chocolate - literally. With the chocolate letters sold in this shop, you can write messages to your loved ones. You can choose between …
see more
Featured
Local products

/zurich/taucherli-chocolate_156654v
This chocolate is handmade in Zurich, but that’s not the only reason why it makes a good present or souvenir. It simply tastes great. Owner Kay Keusen is a …
see more
Zurich Chocolate Shops

Wühre 15
/zurich/chocolat-dieter-meier-oro-de-cacao_156292v
Jack-of-all-trades Dieter Meier is now also a chocolatier. He gained fame as the frontman of the electronic group Yello in the 1980s and as a successful …
see more
Zurich Chocolate Shops