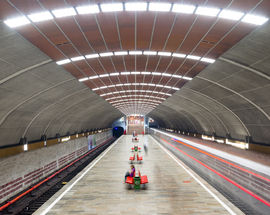 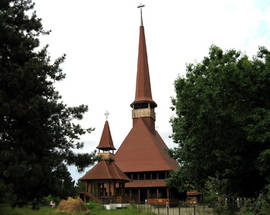 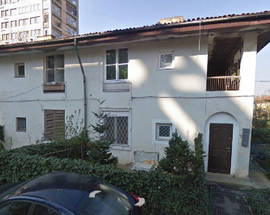 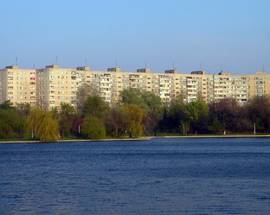 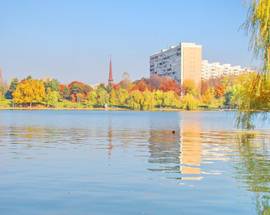 That an old Romanian textbook of ours contains a passage about the Titan-Balta Alba area of Bucharest, complete with the immortal words ‘Titan-Balta Alba is a new district full of beautiful, tall, comfortable blocks’ has become something of a standing joke in the Bucharest IYP office. And let’s be honest: Titan is not the most attractive area of the Romanian capital, and it is unlikely to feature in any mainstream guide to Bucharest anytime soon. In Your Pocket of course is anything but a mainstream guide, and as we passed through Titan on our way to a supermarket a couple of weeks ago, we couldn’t help think that the area does rather have at least a couple of points of interest that the jaded sightseer or resident might actually fancy taking a closer look at.

For a start, there is the history of the area itself to consider. Titan-Balta Alba was the largest urban development ever built in Romania, dwarfing even the later Centru Civic and the Casa Poporului. Built mainly between 1960 and 1970, around a lake and huge park, Titan was designed to house over 450,000 people in modest, bland yet modern apartments. For many of those people who moved here, these new homes provided their first experience of running water, inside toilets and central heating. That by the 1980s the central heating was rarely turned on should not reflect too poorly on the vision of those who wanted to create modern homes for hundreds of thousands of people in a short space of time.

Although the area may not appear to be anything more than block after endless monolithic block, there is – if you look hard enough – a couple of streets of terraced housing in Titan, on Stradas Fildesului and Doicesti, just off Strada Campia Libertatii, built in the late 1950s (vaguely) on the English model. (Inside, however, the houses were divided into small flats, some with collective kitchens). Designed by Tiberiu Niga – who would later design the huge blocks in front of the Sala Palatului – they were constructed at a time when the block had not become sacred, and the regime was experimenting with a number of different kinds of low-cost housing.

The monumental Titan metro station is the most spectacular on all the Bucharest system. Cavernous, and gargantuan in scale its astonishing main hall is as close as Bucharest comes to recreating the jaw-dropping experience of the showcase stations on the Moscow metro. There are other places on the system which hint at grandeur (the marble at Piata Unirii and Izvor, the galleries above Universitate) but none have the same amount of visual impact as Titan.

Titan/A.I. Cuza Park, which surrounds Lake Titan, is amongst the nicest in Bucharest. Indeed, it was the first park in the city after 1989 to be properly renovated and re-landscaped: most work was done in 2008-2009. Whole terraces were built, lawns laid and there are playgrounds at every turn. There are even peacocks.

Perhaps the most remarkable sight in Titan however is the Maramures-style church that stands on the edge of Titan Park, on Strada Liviu Rebreanu. The church (officially named the Biserica Pogorarea Sfantului Duh) was built from 1994-6 on the initiative of local residents, priests and architects as a reaction to the utilitarian nature of the Titan district. It was a bold statement of intent which made it clear that not just had the era of state atheism come to an end, but that the era of concrete had come to an end too. The church is now a focal point of the local community and one of the best attended in the city. Other churches like it were originally intended to be built around the city, but never were. You can, however, see two original Maramures churches in Bucharest, one at the Peasant Museum, and one at the Village Museum.
Show on map

Bucharest In Your Pocket Fall

Meet the Maker: A talk with Mircea Struțeanu, creator of GLŌM feature
New Year's Eve Parties in Bucharest feature
Things to Do in Bucharest This Winter feature
see more