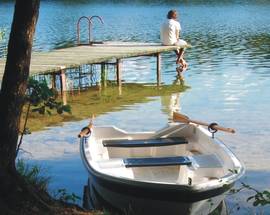 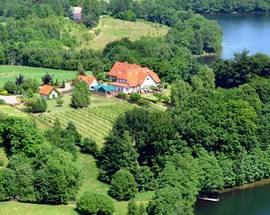 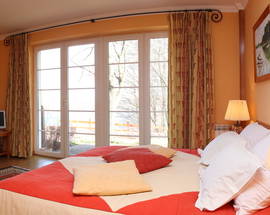 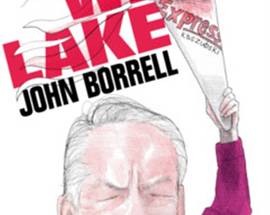 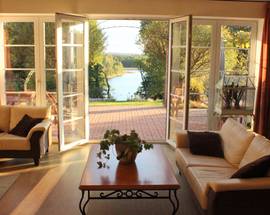 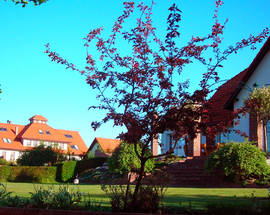 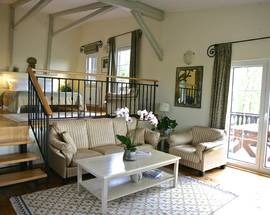 You may have come across a book about a journalist who decides to give up his job and to settle down to a peaceful life with his wife and family. Doesn’t sound like much of a story when told like that but that’s what New Zealander John Borrell did. What makes this story a compelling one is that Borrell was a war correspondent for TIME magazine at the time and had 25 years in the journalism game under his belt working for some of the biggest names in the newspaper business.

That was just the half of it – he decided to settle in the beautiful countryside of the Kashubia region in northern Poland just after the collapse of communism. In trying to buy land, build a small luxury hotel overlooking a lake on two sides and raise his family, Borrell came into close contact with the jealousy and corruption that had come to mark the later years of the communist era. Not prepared to simply accept his fate and grease the appropriate palms, Borrell fought the system and even opened his own Polish language newspaper to try to shine a light on the shady practises of local officials. The book, called The White Lake, is an excellent read and one we recommend, but also of note is that (spoiler alert!) small luxury hotel he set out to build.

Named Kania Lodge, this wonderful accommodation is set among the forest, lakes and rolling hills of Kashubia. While the views are beautiful it is the hospitality which is the key to its success although excellent food and a wine collection which has been honoured by Harper’s Travel Report and the US Wine Spectator magazine draw return visits. There’s plenty to do as well with tennis courts, rowing boats, bicycles and spa although the temptation is just to sit down with John Borrell and let him take you through the latest selection of wine he’s imported for his wine business.

Clearly a man who likes a challenge, Borrell set out some years back to grow vines on his land in an attempt to create his own wine. It’s not for nothing that we can’t find reference to a Kashubian wine having been produced before and early signs were that he would fail with spring frosts, cool summers, badgers and birds almost destroying his vines and his dreams on a number of occasions. But you can’t keep a good man down and 2015 saw the first wine bottled which has been made from the grapes grown in the Kania Lodge vineyard. This limited edition is currently only available to guests of the lodge. It joins a range of home-produced drinks which includes a potato based vodka called Vestal Vodka and Kania Lodge’s own zubrowka (the one with the blade of Bison Grass floating in it) named Vestal Holy Grass. The Vestal story itself is an interesting one having started as another pet idea but which has blossomed into a success story with the vodka now on sale in a collection of top bars as far away from Kashubia as London, Paris and Singapore. If you ever get the chance to visit Kania Lodge make the point of asking to try the vodka that was kept in a Spanish sherry cask for 10 months. The result was something not unlike a very good whisky with a lovely amber colour and toasted oak, vanilla and sherry notes on the nose and palate.

The lodge, its owner and their story are well worth further investigation and make for an interesting experience away from the Tri-city.

ul. Światowida 52, Gdynia (Orłowo)
/gdansk/Wine-Express_40457v
Now you don't have to travel down to Kashubia to the beautiful Kania Lodge to pick out your wine. You don't even have to go online and order to your front …
see more