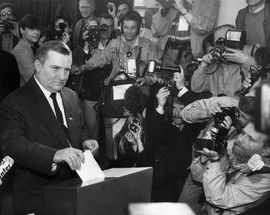 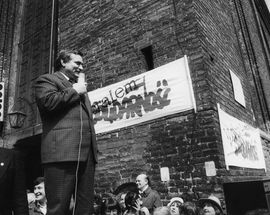 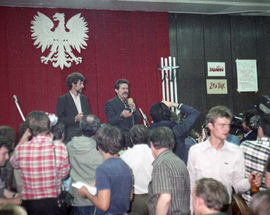 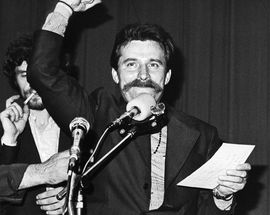 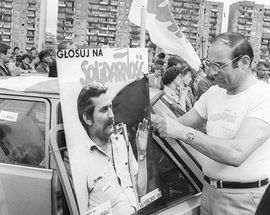 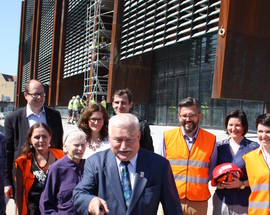 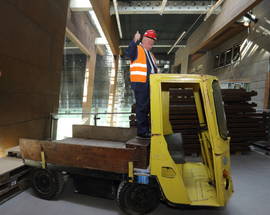 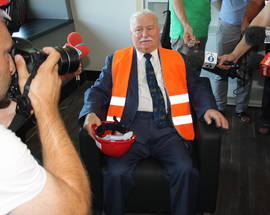 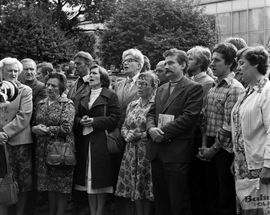 Credited as the driving force behind the Solidarity movement, as well as the man who revived a post-communist Poland, Lech Wałęsa remains, for many, the public face of Poland, as well as Gdańsk’s most famous resident.

Born on September 29, 1943 Wałęsa’s early life was largely anonymous. Working in his early days as a mechanic it was only in 1967 when he began work at Gdansk’s Lenin Shipyards that he began his rise to prominence. A keen trade unionist he frequently found himself in trouble with the authorities, and his political activities led to a stint in prison that ultimately cost him his job.

In 1980, with the Shipyards on strike, an unemployed Wałęsa scaled a wall, gave an impromptu speech and found himself thrust into the spotlight as the accidental hero of the protests. Having successfully led negotiations for workers' rights it was he who signed the August Accords of 1980. Marked by the government as an undesirable influence, he was immediately placed under arrest when martial law was announced in 1981. Released a year later, Wałesa’s actions and those he represented were recognised in 1983 when he was awarded the Nobel Peace Prize.

As the figurehead of the Solidarity movement, and with the communist state crumbling, Wałęsa led roundtable talks with the government to formulate a power-sharing scheme. Partly free elections in 1989 led to blanket wins for Solidarity, signalling the last days of communism.

In 1990 he became Poland’s first democratically elected, post-communist president, a position he held until 1995. Although respected and admired as an opposition leader, Walesa saw his popularity wane while in power. Many Poles began to consider his blunt, unsophisticated manner of speaking,  and lack of English language skills as unbefitting a head of state. He was famously quoted as having told the British Queen that the bed he had slept in at Buckingham Palace had been so big that he’d had difficulty finding his wife. Mr. Wałęsa and his wife have eight children.

In the 1995 elections Wałęsa was beaten by Aleksander Kwasniewski, who, despite being a former Communist, was seen as a better representative abroad. Many of Mr. Wałęsa’s generation accused him of having failed to deliver on many of his promises, having stolen the glory of the people’s revolution for himself and even of having worked for the secret services under communism. However in recent years Mr. Wałęsa’s popularity appears to have begun to grow again, particularly among the younger generations.

Since his political retirement he spends his days often lecturing abroad speaking on subjects close to his heart: democracy, civil liberty and the free market.

ul. Doki 1, Gdańsk
/gdansk/lech-walesa-workshop_119316v
Following the strikes Lech Wałęsa was re-instated and went back to work as an electrician, repairing small electrical engines. His workshop has been re-created …
see more
Places of Interest

ul.Pilotów 17d/3
/gdansk/walesas-old-home_130043v
Before Lech Wałęsa was thrust into the limelight and into the history books from the beginning of the 1980s, he lived like most of his co-workers in one of the …
see more