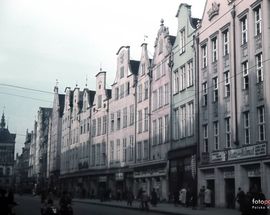 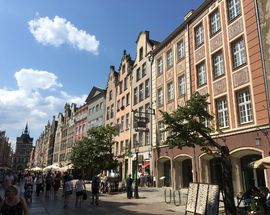 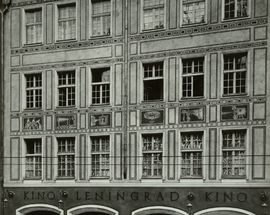 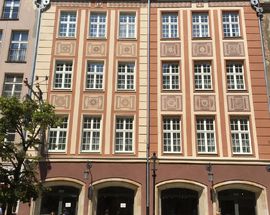 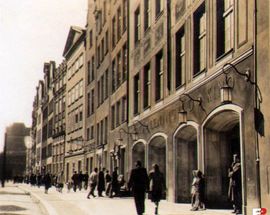 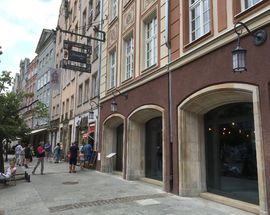 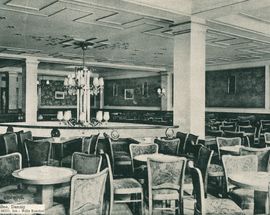 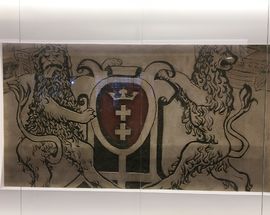 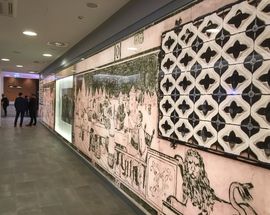 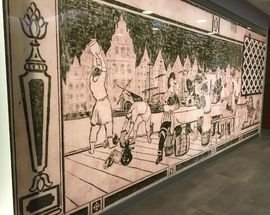 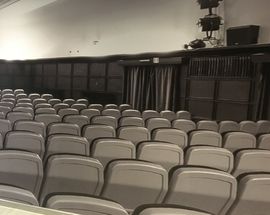 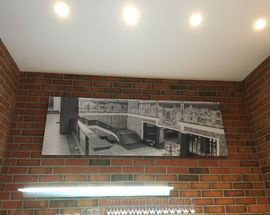 Gdansk is now home to a multitude of multiplexes and there are two within a short walk of the old town. While these new developments have greatly improved the quality of cinema going in the city, not least in the area of comfort, there are many Gdanskians who were saddened by the closure of the Neptun Cinema (Kino Neptun) on ul. Dluga a few years back when the site was sold to develop a new hotel on Gdansk’s main street.

The building which housed the Neptun Cinema (known for most of its life as the Leningrad cinema) was actually home to three cinemas with the Helikon and Kameralna offering smaller theatres on the upper floors. The main cinema, despite becoming increasingly dated, remained a favourite up until its closure with many older residents reacting to its demise with more sadness than you might imagine for an aging building named after a former Soviet leader. 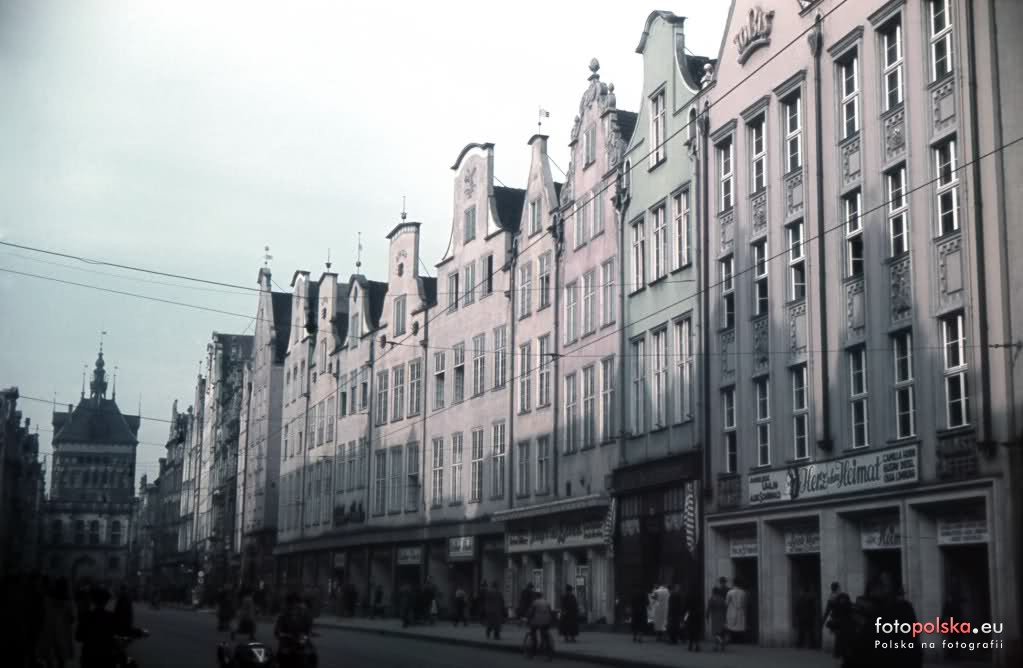 A cinema at ul. Dluga 57/58 can be traced back to 1937 when local cinema impresario Willi Kuschel bought a packet of plots which had previously hosted a branch of the Poznan Industrial Bank and the Vaterland café and redeveloped them into the modern Tobias Palast entertainment centre. The development stretched from ul. Dluga (or Langgasse as it was then) to ul. Piwna (formerly Jopengasse) and seated up to 1,200 people when it opened on November 3, 1939. 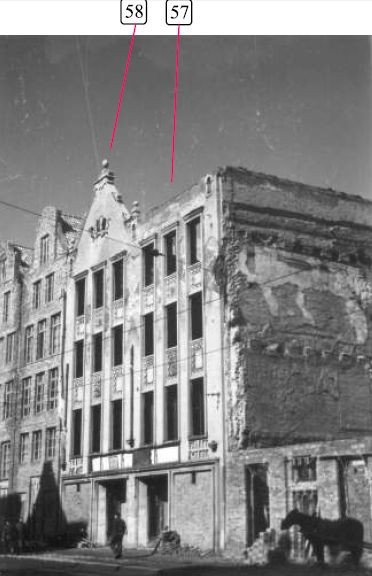 It miraculously survived the destruction of WWII in relatively good condition, thanks in part to the modern 1930s concrete construction not shared by neighbouring buildings.

Over the next few years the area began to be populated again not least by thousands of people involved in the reconstruction of the city who at the time were living in temporary camps and workers’ hostels. The decision to rebuild the cinema was made in 1950 to a design by Alfred Monczyński and Andrzej Marten. The newly christened Leningrad cinema was officially opened on November 3, 1953, exactly 14 years to the day after Kuschel had opened his Tobias-Palast. 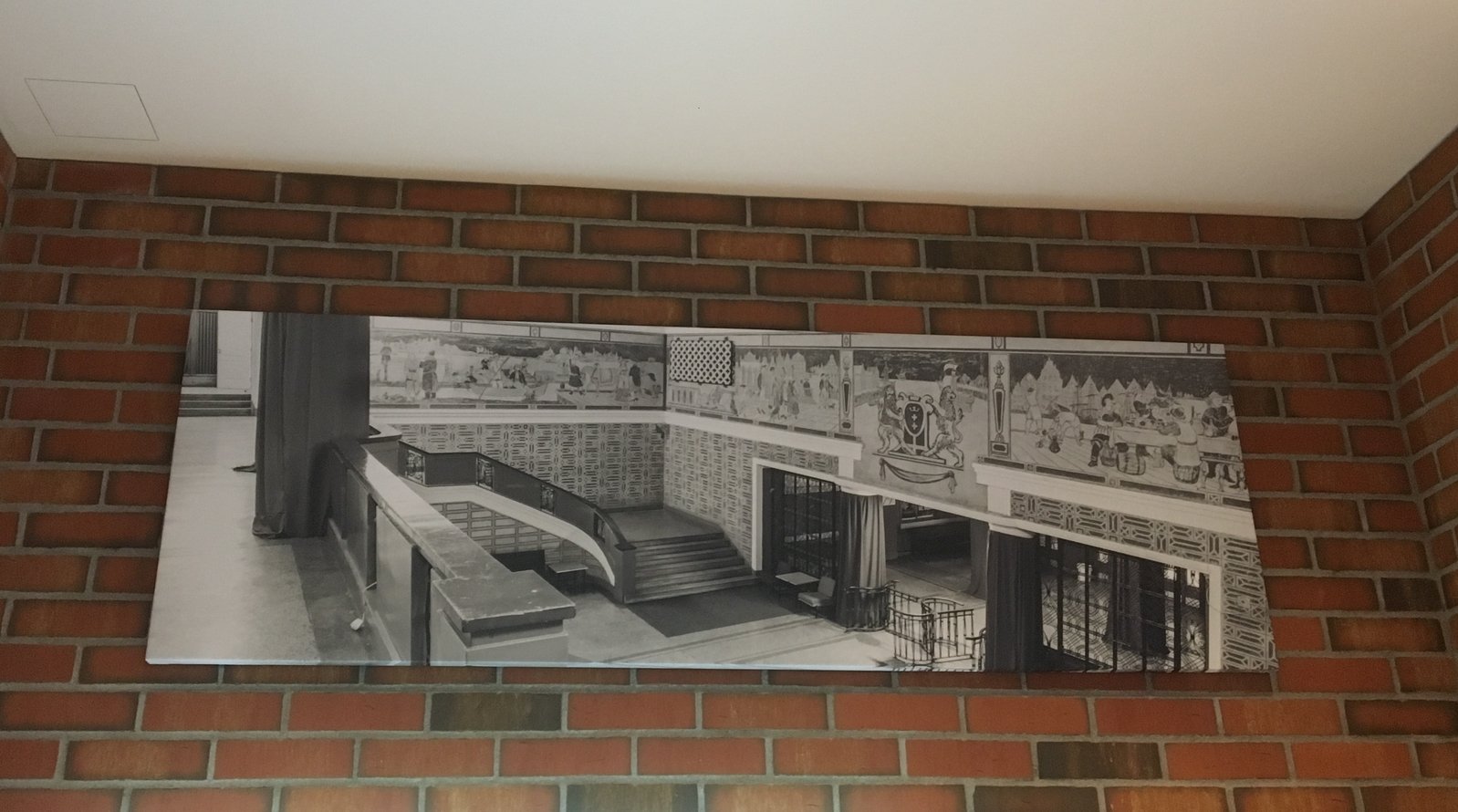 The cinema was a visual treat with flowing staircases leading to the balcony and stone engravings showing the heroic workers of the new Poland decorated the foyer.

The new relationship between Poland and the Soviet Union was highlighted in Mr. Trusz’s speech. ‘In the month of ‘Deepening of Polish-Soviet Friendship’, the combined efforts of Gdansk's builders have delivered the most beautiful cinema ‘Leningrad’ ahead of schedule.’ 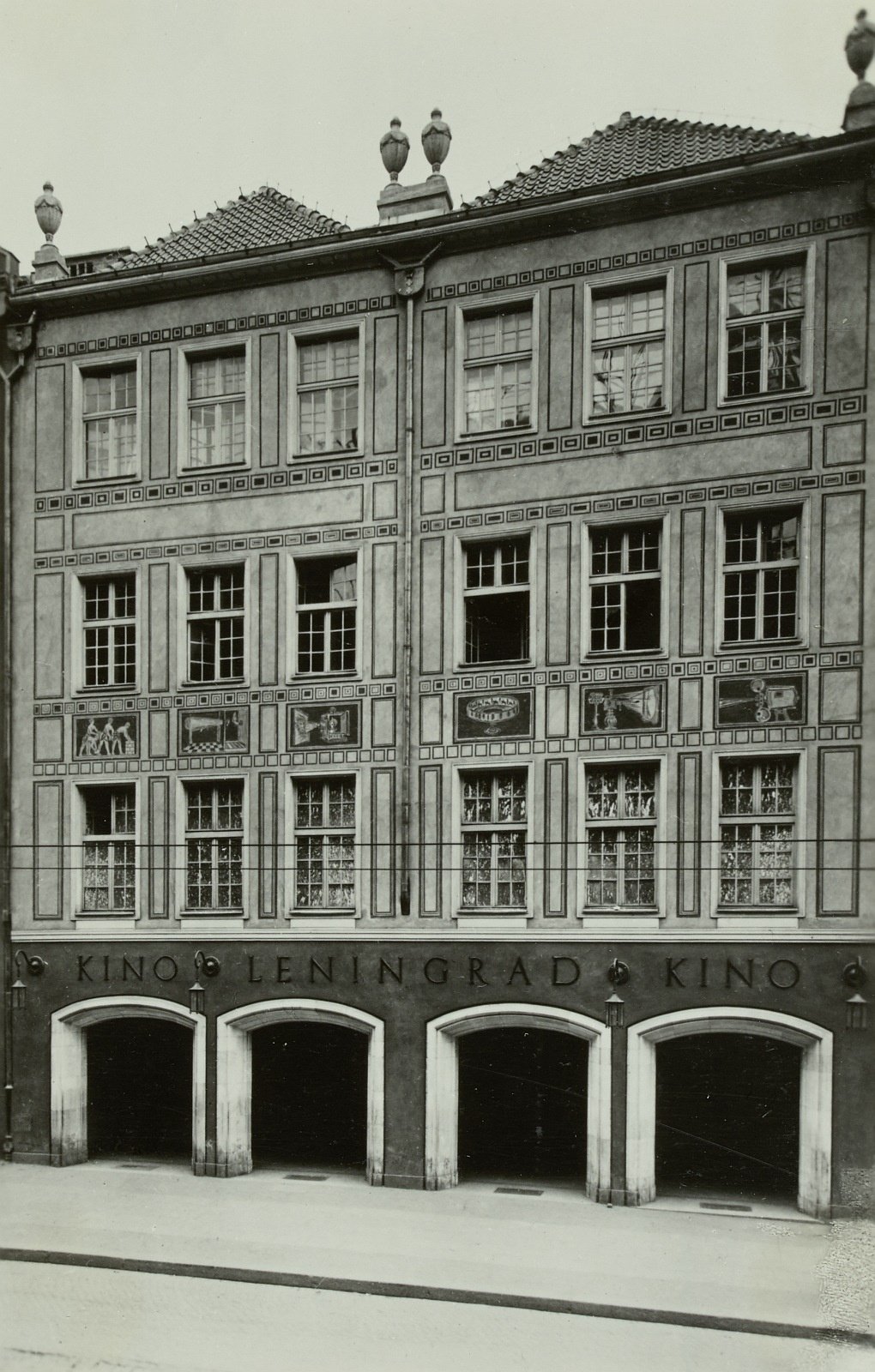 Mr. Szmidt, chairman of the National City Council, underlined this new friendship in his speech. ‘The ‘Leningrad’ cinema will be a symbol of the gratitude and attachment of our dock workers, sailors, shipbuilders and the entire society of the coast to the heroic Soviet people to the nations of the Soviet Union.’

The ceremony was reportedly followed by a film about Gdansk and then a showing of Admiral Uszakow, a Soviet film from 1953.

The cinema continued to operate as the Leningrad until 1993 and became loved by generations of Gdanskians. It was renamed Neptun and continued to play a key role in the entertainment life of the city into the new millennium (who remembers the Casablanca bar that was also here?). The building was finally demolished in 2016 to make way for the new Hampton by Hilton hotel which opened in June 2018. 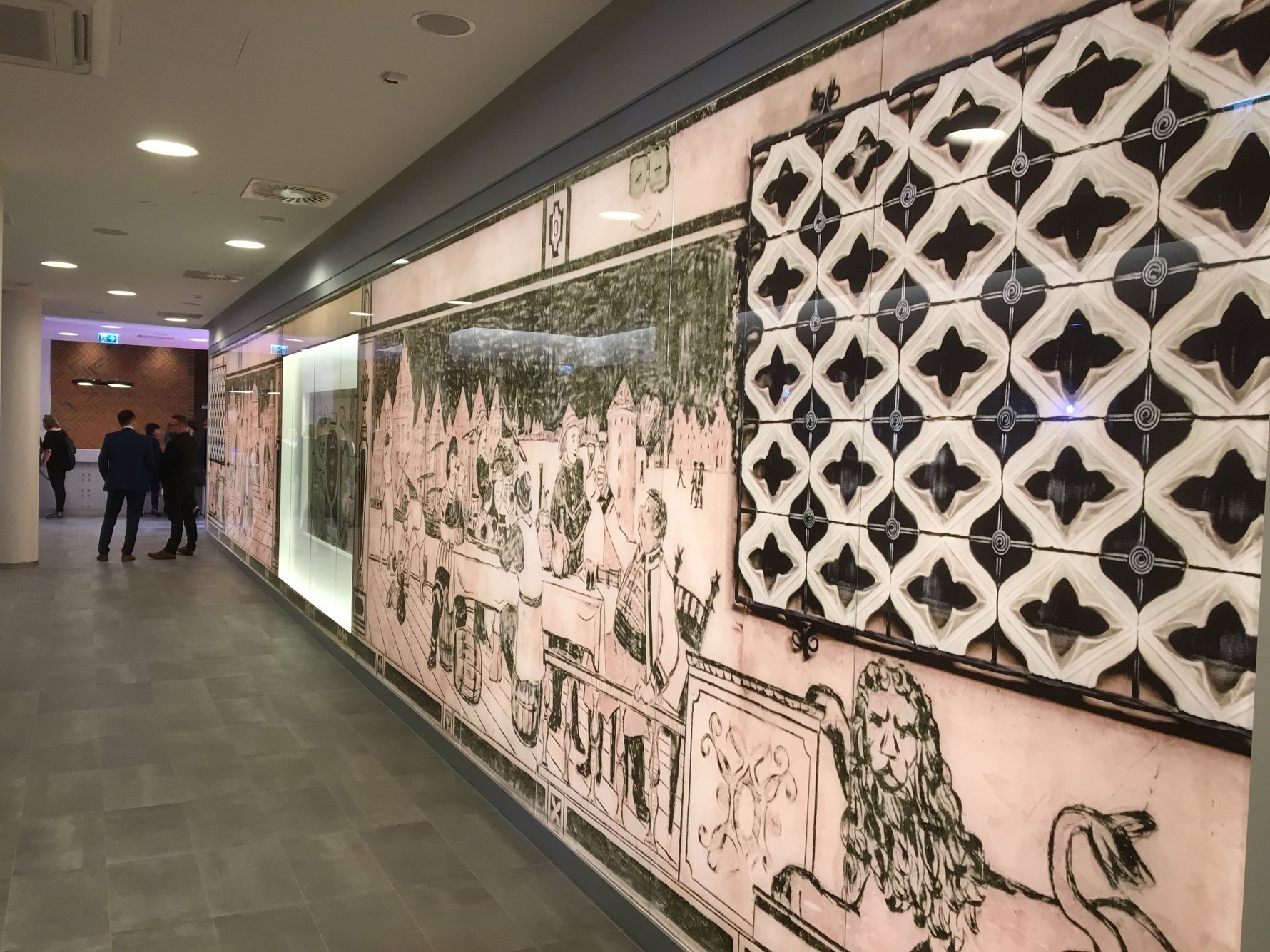 The new hotel has retained quite a few items from the old cinema and incorporated them into the interior design of the new construction. You’ll see the ornate metal fittings from the old balcony and staircase while some of the stone engravings which used to adorn the foyer have also been preserved and now decorate the reception and communal areas. A 50-seat cinema has also been built in the cellars of the building and this and the cinema theme which runs right through the hotel’s design ensures that while Kino Neptun/Leningrad/Tobias Palast, has gone, it is not forgotten.

ul. Letykarska 4, Gdańsk
featured
/gdansk/hampton-by-hilton-gdansk-old-town_154751v
A brand new-build on the main pedestrian street in the Old Town which stands on the site of the former Kino Neptun. There are a lot of cinema references …
see more
Featured
Cafes

ul. Lektykarska 4, Gdańsk
featured
/gdansk/kino-kameralne-cafe_157625v
A small cinema set in the cellars halfway along ul. Długa. This was once the site of the Kino Leningrad which was also home to the small, artsy Kino Kameralne. …
see more
Featured