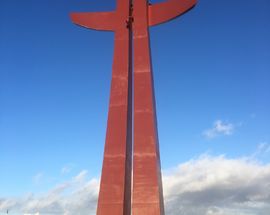 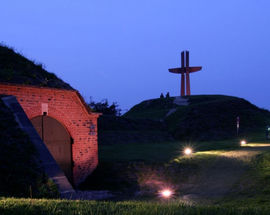 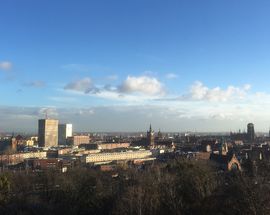 Unveiled on September 3, 2000 on the site of a World War II anti-aircraft gun, the Millennium Cross is one of the most visible monuments in Gdansk. As it name suggests, it is a Christian cross and stands at over 16m tall. It sits overlooking the city from the highest point in the city, in an area which houses the remains of a Napoleon-era fort and a modern day science museum. The cross was created to mark 2,000 years of Christianity, the 1,000th anniversary of Gdansk (created 997) and to commemorate those who had died in the city during the previous 300 years. The cross was designed by sculptor Jacek Luczak.
Show on map