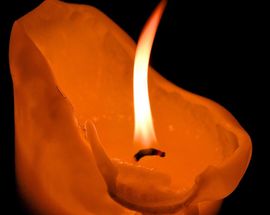 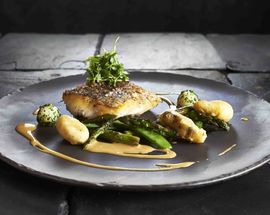 'Load shedding' is, unfortunately, a uniquely South African phrase that seems crop up every couple of months in the national psyche. It's that unfortunate moment when the national power supplier Eskom runs out of capacity and is forced to restrict the nation's electricity supply through rolling power cuts. Otherwise known as an absolute pain in the neck! Load shedding comes in stages and in February 2019 South Africa hit the highest stages (three and four), meaning prolonged power outs and unpredictable power schedules.

Load shedding isn't a new phenomenon however and small business owners, particularly those in the hospitality industry, have grown savvy, prepping themselves with generators so that when the city's lights go out their kitchens keep working. Meanwhile, there are now plenty of handy apps available that can help you understand if you might be getting load shedding so that you can plan your day accordingly. The EskomSePush app is currently one of the most popular.

Even if the power may be off yet again there’s no reason to miss that game, eat another sad sandwich for dinner or spend the night bored in the dark. Here are just some ideas on where to go if you've got no electricity.

If all you need is a strong cup of coffee, a working WiFi connection and a place to while away the daylight hours with your phone plugged in, here are our suggestions:

The Whippet Coffee Company
Head to Linden for simple and tasty freshly made cafe-style dishes – try the burger sliders. The coffee and tea selection is top rate.

City Perk Cafe
In the middle of the inner-city’s historic Main Street Mining District, this is a great lunch stop before plunging back into the madness of the downtown traffic jams caused by faulty traffic lights.

While many restaurants' full menus might not always be available during load shedding, if all that’s in the fridge are dodgy leftovers and the fixings of a truly sad sandwich, there are plenty of restaurants that are well set up for load shedding. And if for whatever reason you'd rather stay indoors with your candles for company look no further than local delivery apps Uber Eats and Mr Delivery and Joburg's favourite 24 hour pizza takeaway chain Andiccio.

Ba-Pita
First gaining a dedicated following in 1990s' Yeoville, Ba-Pita reopened in Melville in early 2019 and serves up unfussy Middle Eastern cuisine with lots of toasty fresh pita breads from the wood-fired oven.

Parea
An Illovo stalwart that has been serving up Joburg's best Greek fare since 1993. Head here early for a quiet meal or join in the boisterous Greek dancing and smashing crockery from 20:30 on Fridays and Saturdays.

The Local Grill
A shrine to red meat on Parktown North's buzzy 7th Avenue and 3rd Avenue corner, choose your meat from the meat locker before settling in for a laid-back meal with an excellent selection of local wines.

Foundry
Part bistro, part craft beer bar, head here if you're in the mood for a dinner followed by chilled sundowners and mingling with Parktown North's cool crowd.

Perron
Whether you are in Illovo, Melville or Bryanston, pop into Perron for original Mexican fare and frozen margaritas. We especially recommend the popcorn polo taco.

Bellagio
Illovo's Bellagio is one of Joburg's great seafood-focused restaurants with a delicious Mediterranean-styled menu and an excellent array of daily specials.

Turn ‘n' Tender
If you're in the mood for a hearty steak, then head to one of Turn 'n' Tender's branches in Illovo, Parktown North, Bedfordview, Bryanston and Bassonia.

There's nothing worse than being in the middle of watching a crucial game on the TV and then suddenly the power cuts out. Load shedding doesn't mean you have to miss out on your sports, visit one of these pubs to enjoy a drink and keep up with all the sporting action:

Giles Pub and Restaurant
Popular with rugby fans, grab a bite to eat from the newly-launched adjacent restaurant Foundry at Giles, before settling yourself in for the match in front of one of the numerous large screens.

Kitchener’s Carvery Bar
Drink in some history at this fun Braamfontein pub in what was once a colonial-era building. The TVs are relatively small, but the crowd is young, hip and very cool with great DJs and student nights early in the week. Don't plan on coming here to watch late night weekend games, at those hours this is a party spot.

Hogshead
Despite its innocuous location in a suburban strip mall, this busy late night bar is one of the most popular in the northern suburbs.  A large selection of TVs usually means that it is possible for the bar to screen multiple sports channels at once.

Watch a film at the cinema
There's no need to sit in the dark bored, head to the cinema and catch the latest commercial releases. By the time you come out, if the film is long enough, the power cut may already be finished. The big malls like Rosebank Mall (for Cinema Nouveau), Sandton City (Ster Kinekor) and Hyde Park Corner (Nu Metro) all have generators that supply their screens, meaning you'll hardly notice if load shedding happens to roll in while you are watching a film. Alternatively head to Joburg's only independent cinema The Bioscope in Maboneng for the latest in arthouse, African and alternative cinema.

Have a braai!
What could be more South African than a braai? If all else fails and you have a fridge full of meat that you don't want to go to waste, dig out the charcoal and fire up the grill.

Founders at Giles – Restaurant and Grill

9 Grafton Ave, Craighall Park
/johannesburg/founders-at-giles-restaurant-and-grill_126889v
Popular with rugby fans the obliging staff are also more than happy to use the many TV screens to accommodate football followers. The glass-fronted restaurant …
see more
Bars and pubs

Cnr Juta and De Beer Sts, Braamfontein
/johannesburg/kitcheners-carvery-bar_62136v
Joburg's cool kids and creative types hang out here having the time of their lives in what used to be a grand colonial hotel. Fortunately even the most serious …
see more
Illovo and Melrose nightlife

Illovo Muse, 198 Oxford Rd, Illovo
/johannesburg/hogshead-illovo_133360v
A suburban strip mall isn't the most inspiring venue for a pub, but it does afford lots of space. Seat yourself on the large terrace or in front of the many …
see more
Steakhouses

34 7th St (cnr 4th Ave), Linden
/johannesburg/the-whippet-coffee-company_123804v
Those in the know credit this buzzing coffee shop with its hipster aesthetic for putting the suburb of Linden on the cool map. The food is freshly made …
see more
Steakhouses

Ster-Kinekor - The Zone at Rosebank