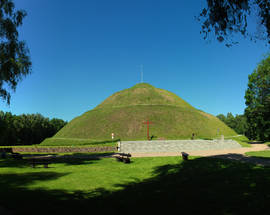 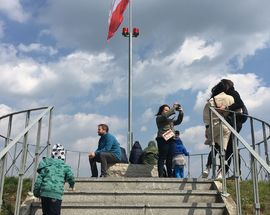 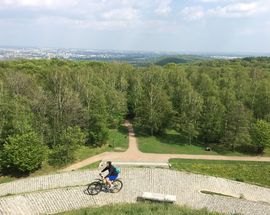 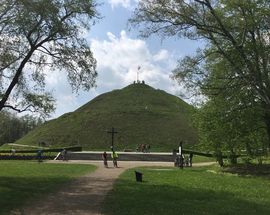 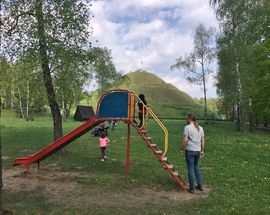 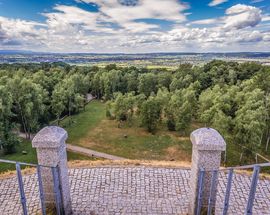 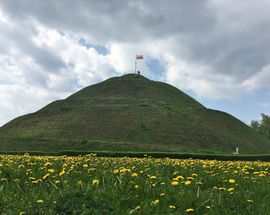 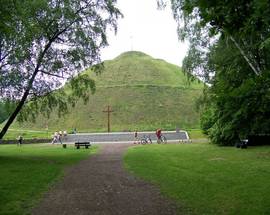 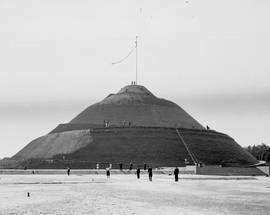 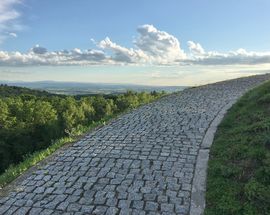 This massive man-made earthwork mound is the highest point in Wolski Forest, and probably the most rewarding destination in the vast wooded area, thanks to the fantastic panoramic views from the top -spot landmarks in the city centre to the east and the Tatra Mountains to the south. At 35 metres high with a 111m base, Piłsudski Mound is also the largest, tallest and newest of Kraków's four unique mounds, built as it was in the interwar period. The paved road to the top is not particularly strenuous, but a smooth, steady grade uphill to the small lookout platform at its peak. Surrounding the base of the mound is a picnic area, which includes a small playground.


Who was Józef Piłsudski?

Dedicated to one of the most important figures in modern Polish history, Józef Piłsudski was a Polish patriot, military leader and statesman. Born in Imperial Russia in 1867, from his early days he was directly engaged in the Polish independence movement and armed resistance against the Russians, from assassinating Russian police officers and even attempting to off the Tsar himself, to forming paramilitary units and trying to provoke a national uprising against the occupying Russians.

Already a household name when WWI broke out, he formed the Polish Legions - a precursor to Poland’s state military, and won several battles. Initially supporting the Central Powers against Russia, as it became evident that they were in no position to guarantee Polish independence, Piłsudski’s Legions switched sides to the Entente. It resulted in his own arrest, but meant his Polish forces ended up on the winning side of history. Released three days before the armistice, Piłsudski was essentially a founding father of the Second Polish Republic when Poland returned to the map of Europe after 123 years of partition. As the new republic’s Chief-of-State, Piłsudski engaged in several border wars in an attempt to re-establish what he thought to be the country’s rightful boundaries, most notably the Polish-Soviet War, miraculously turning the Soviet Army back from Warsaw in 1921 and forcing their surrender. After a short-lived retirement from politics, Piłsudski orchestrated a coup d’etat in 1926 and was basically PL’s military dictator until his death in 1935. Though some of his political moves remain controversial, Piłsudski’s legacy puts him alongside the most revered heroes in Polish history.

Man-made earthwork burial mounds are a unique Cracovian tradition dating back to pagan times, and this tradition was revived in modern times with the creation of Kościuszko Mound in the early 19th century. 100 years later, talk of building another large mound to commemorate the re-establishment of Polish independence was already underway in 1934, but Piłsudski's unexpected death a year later triggered the decision to directly honour the first leader of the Second Polish Republic. Including soil from every battlefield in which Poles had fought during WWI, this engineering marvel atop Sowiniec Hill in Wolski Forest was complete by 1937. Like Kościuszko, Piłsudski's remains are not actually interred beneath the mound, but in the crypts of Wawel Cathedral.

Threatened with demolition during WWII, the task ultimately proved too much trouble to the Nazis, but it suffered greatly during the Stalinist era, when communist authorities removed the granite tablet at the top, planted trees to obscure and damage it, and generally watched it deteriorate throughout the PRL era. Renovated several times since, today the granite tablet with the cross of the Polish Legions has been restored, the Polish flag waves from the top, and Piłsudski Mound serves as an enduring and sacred symbol of Polish independence.

Getting to Piłsudski Mound

Located in the northern part of the forest, there are myriad ways to get to Piłsudski Mound, involving all the main trails. If you're starting at the Zoo, however, Piłsudski Mound is about a 25 minute walk north on the red trail.