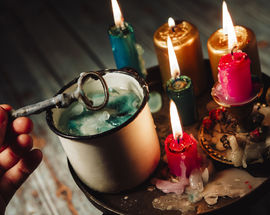 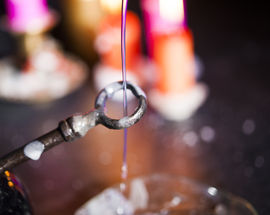 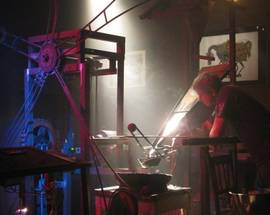 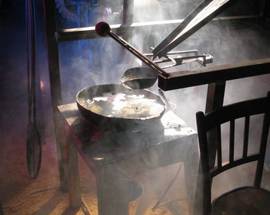 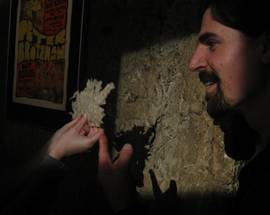 If you’re a single young lady in Poland on the night of November 29th, you have a unique, perhaps harrowing, opportunity before you; or a great excuse to flee the country. The Eve of St. Andrew’s Day (Andrzejki) has been associated with fortune-telling in Poland for centuries. The first written mention of the tradition goes all the way back to 1557, and while the seriousness of the proceedings has certainly lightened, the basic elements of this ancient custom remain unchanged from the Middle Ages. As St. Andrew’s Day (November 30th) marks the beginning of Advent, in those bygone days it was believed that the spirits of the ancestors were at their most accessible when they descended back to earth during this time. With conditions thus in place for a bit of crystal ball gazing, and with the long, cold and lonely Polish winter ahead, coupling was naturally the one thing on every girl’s mind. Would she be married in the coming year? And what, pray tell, would her prince look like? Following the protocols of the day, a widow, unmarried spinster, or divorcee was then required to light the thirteen candles that would call forth the spirits into the room…

In those days divinations dealt specifically with marriage, were taken very seriously and were done in private. As the tradition evolved, young girls participated in Andrzejki in groups until eventually boys were let in on the fun and it became the kind of light-hearted social game playing that it is today. Of the many games that were played on Andrzejki in the past, one that remains popular today involves a group of young girls taking off one of their shoes and lining them up one after another in a single file. The girl whose shoe is last in line then takes hers to the front, and so on, meandering through the house until reaching the front door; the girl whose shoe is the first to cross the threshold will be the first to marry (omg!).

The most common Andrzejki tradition carried on today uses hot wax as a conduit into the spirit world. The wax must be melted and then poured through the eye of a skeleton key into a bowl of cool water. Once cooled, the resultant form is then held in front of a light and the shadow cast reveals the appearance of your future partner, or something about their character. While for today’s youth this glimpse into the future might only be as far-sighted as a few hours, centuries ago it was studied very closely.

Today Andrzejki is a fun, carefree celebration of being young and single more than anything. And that means drinking and dancing. Always a big night out for students—perhaps determined to forget whatever grotesque revelation they’ve just received or change their fate—most major student clubs in the country will be throwing an Andrzejki party. Get in the mix and see what the future holds.