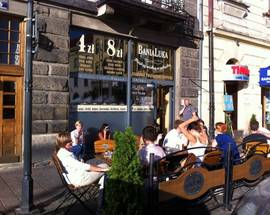 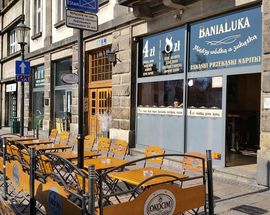 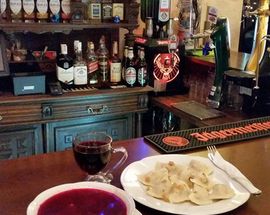 For those nights when you simply refuse to let the party end, despite powerful objections from your liver, wallet and better sense, BaniaLuka is there for you. Open until your eyes bleed, this rowdy bar has proven very popular with the young folks, who don't seem to care that the cheap (4.50zł!) beer and booze (plus  Prosecco in the warmer months and mulled wine in winter) come in smaller glasses (0.4l of beer, 40ml of vodka), and have decided that eating questionable 9zł soviet-inspired vodka snacks is now the height of fashion. Though BaniaLuka is on par with the best, you'll find similar establishments on almost every square in Kraków, so count out your złoty in increments of 4.5 and treat yourself to an early morning vodka crawl. Also at ul. Szewska 13.

Facilities for disabled
Outside seating