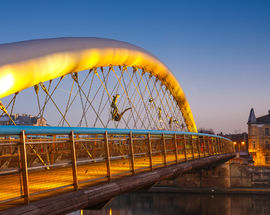 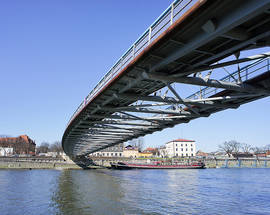 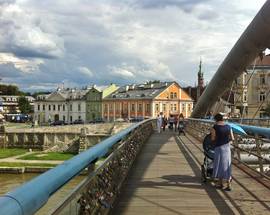 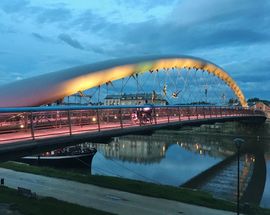 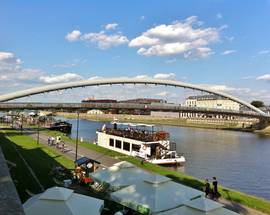 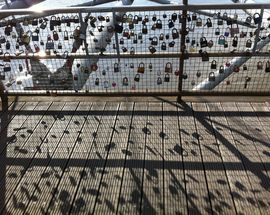 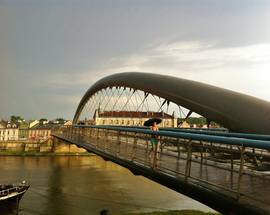 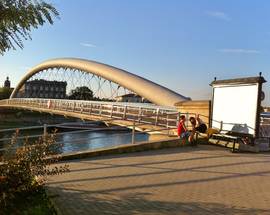 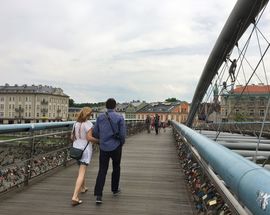 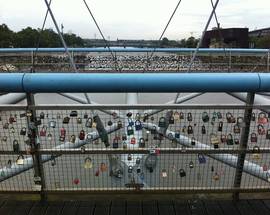 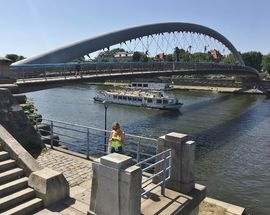 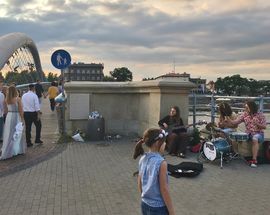 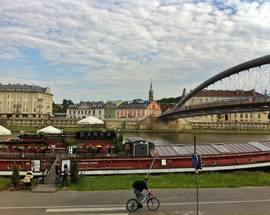 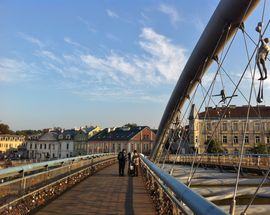 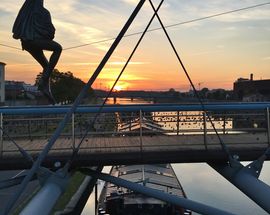 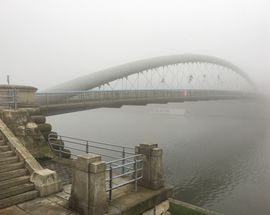 Opened on September 30th, 2010, the Father Bernatek Footbridge (Kładka Ojca Bernatka) straddles the Wisła River just south of the centre, linking the districts of Kazimierz and Podgórze between ul. Mostowa and ul. Nadwiślańska where several road bridges had stood in its place before, the last being dismantled way back in 1925. The leaf-shaped, 130m structure accommodates both pedestrians and cyclists with its twin walkway design by local architect Andrzej Getter. Though a source of controversy during its development (largely due to coming in over budget at a sobering 38 million złoty), the Bernatek bridge is now a beloved part of the urban landscape, both for its convenience and aesthetic appeal. The bridge has played a key role in the revitalisation of the two areas it connects between Plac Wolnica and Rynek Podgórski, which is now not only an ideal destination for an alternative pub crawl, but also a romantic stroll. It's here that Cracovian couples have adopted the increasingly popular (and unoriginal) tradition of attaching padlocks engraved with their names to the railings of the bridge, before throwing the keys into the Wisła (while the rest of us throw up in our mouths) as evidence of their unbreakable bond and commitment to each other. The success and influence of the bridge will hopefully inspire the city to follow through on plans it has for a similar pedestrian river crossing close to Wawel Castle. Since 2016, the bridge has been adorned with acrobatic, gravity-defying sculptures by contemporary Polish sculptor Jerzy Kędziora, making it a legit tourist attraction; unfortunately, the city was recently forced to part ways with two of them, leaving only seven on view today.