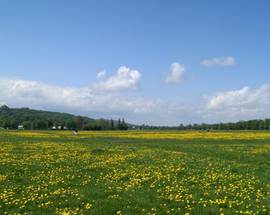 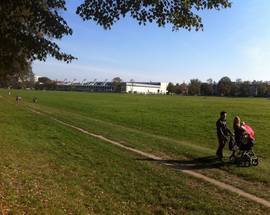 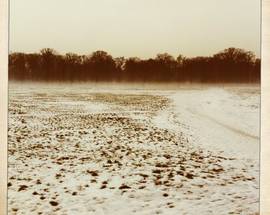 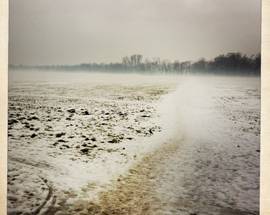 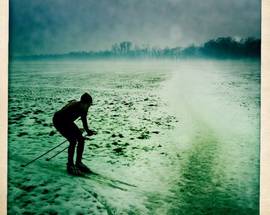 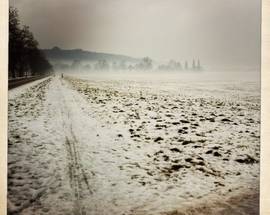 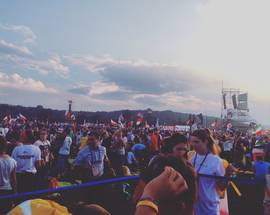 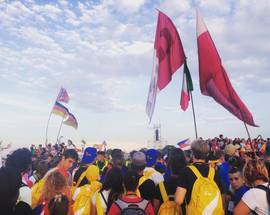 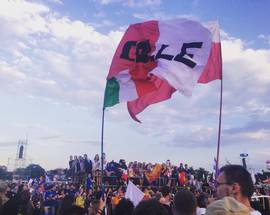 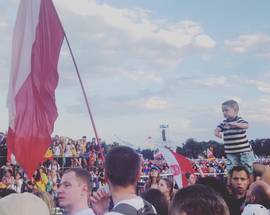 A massive and inexplicably undeveloped tract of greenery directly west of the Old Town, the Błonia is a huge, triangular open space measuring nearly 50 hectares. Technically a park, although lacking any trees or other defining characteristics, the Polish name ‘Błonia’ denotes ‘meadows’ – something of an amiable linguistic redressing of the Błonia’s true and unchanged historical function: it’s a cow pasture. The area’s ability to survive to modern times as the largest city centre open space in Europe can be accredited to a perfect storm of boggy undesirability, a centuries-long ownership dispute, and finally a medieval legislative wrinkle.

Used by locals to graze cattle even midway into the 20th century, when the Cracovia Hotel was built next to it in 1965 the city moved to permanently ban unfashionable bovines from the Błonia, only to find themselves obstructed by an apparently still legally binding 14th century decree by Queen Jadwiga which they would have to sort out with Warsaw. Warsaw not being the most cooperative or expedient bureaucratic partner in those times, city council decided to stick with the status quo, making it perfectly acceptable for you to air old Bessie on the Błonia to this day. Though a great idea for an annual weekend event (called ‘Bovines on the Błonia’, tell the mayor to get in touch for more details), these days you’ll find the green triangle has primarily become the favourite leisure space of dogs and their frisbee-chasing, ball-playing owners, while the perimeter is a popular track for cycling, running and roller-blading. Protected as a National Heritage Site since 2000, the Błonia is ideal for large-scale outdoor events, hosting numerous concerts, rallies and – most notably – historic open air masses by Pope John Paul II, and more recently Pope Francis during 2016's World Youth Day celebrations.

Al. 3 Maja 1
featured
/krakow/national-museum-main-building_17104v
The National Museum has 11 branches in Kraków, with this monolithic structure - apparently built over the course of half a century from 1935 to 1989 - being the main administrative branch and landing spot for the institution's most ambitious exhibits.
see more
Featured

ul. Piastowska 20
/krakow/bezogrodek-food-truck-park_144968v
*2020 will sadly be the last year of operation for Bezogródek, as the city has asked all vendors to disperse from this territory, which is slated to become home to a Music Centre in 2023. As a result, Bezogródek will close forever at the end
see more

ul. Kałuży 1
/krakow/cracovia-stadium_50303v
Arguably the city's best football stadium, an opinion validated by UEFA's choice to use it during the 2017 U21 Football Championships. Primarily it's used by local side, Cracovia, whose history dates back to 1906. If you're interested in catching a Craco
see more

ul. Reymonta 22
/krakow/wisla-krakow-stadium_36124v
Home to the most successful of Kraków's local football franchises, foreign fans interested in catching a match are recommended to head for the pricey seats in Sector E of the stand on ul. Reymonta where you can expect to pay 35-55zł. Tickets and compulso
see more

21.06.2021
Samuel m
Poland
'although lacking any trees or other defining characteristics,'.... What a load of rubbish! There are beautiful huge trees that go all around the park. And in the meadow you get beautiful views of the city. A highly inaccurate post.
Take your guide with you Download a pdf