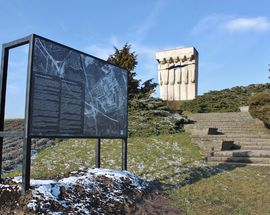 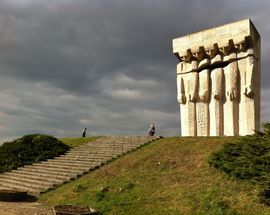 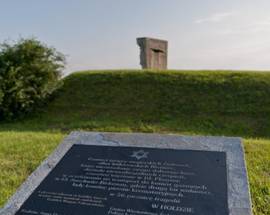 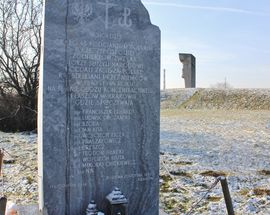 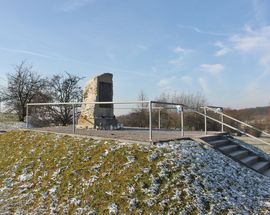 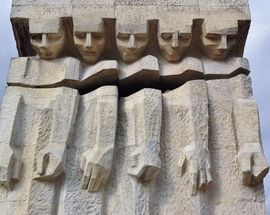 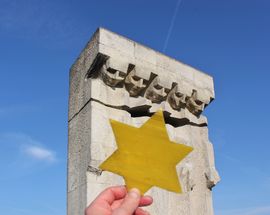 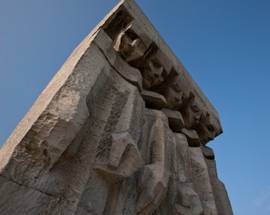 The third of KL Płaszów’s mass execution sites was an abandoned field rampart built by the Austrians in the late 1800s as part of the city’s defensive fortifications. Like ‘H Górka’ it also consisted of a large hexagonal crater, the definition of which can still be seen today. This dreaded site also earned the naughty (and extremely vulgar) nickname ‘Cipowy Dołek’ in the pitch black humour of the prisoners, the meaning of which imaginative readers can infer by switching the sounds in the phrase ‘Hunt Cole;’ as such it is commonly abbreviated as ‘C Dołek.’ In addition to camp prisoners, Polish prisoners brought here from Montelupich Prison and the Gestapo Prison on Pomorska Street were also shot en masse, in plain view of inmates toiling in the camp’s workshops. Upon execution, the bodies were immediately incinerated by Jewish prisoners, using wood from the adjacent carpenter’s shop.

Between this site and ‘H Górka’ it is impossible to know exactly how many people were executed in this part of the camp. Estimates range from 5,000 to 10,000, with 8,000 as the most commonly cited estimate. In the summer of 1944, as the Soviet Army approached Kraków, the Nazis undertook the excavation of both mass graves and burned the bodies to hide their crimes. The operation took two entire months and eyewitnesses report that 17 truckloads of human ashes were spread over the site of the camp before it was abandoned by the Nazis.

Today several memorials can be found at C Dołek, the most obvious of which is the imposing 'Memorial of Torn-Out Hearts.' Designed by Witold Cęckiewicz and unveiled in 1964, this monolithic memorial depicts five figures (representing the five countries of KL Płaszów's victims) with heads bent under the weight of the massive stone block from which they're carved and a horizontal crack across their chests, symbolising their abruptly ended lives. The large Polish inscription across the back of the monument reads, “To the memory of the martyrs murdered by the Nazi perpetrators of genocide in the years 1943-45.”

Near its base are three other monuments: the furthest from the rampart was placed in 2012 to honour members of the Home Army murdered at the camp; a low-lying plaque placed in 2000 is dedicated to the Hungarian Jewish women processed in KL Płaszów on their way to their deaths in Auschwitz; and a large stone obelisk on the rampart itself was placed by Kraków's Jewish community to commemorate all the Jewish victims of the camp. The last line of the long text on the latter reads, “In memory of those murdered, whose final scream of anguish is the silence of this Płaszów graveyard.”