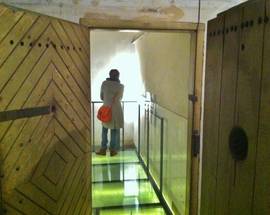 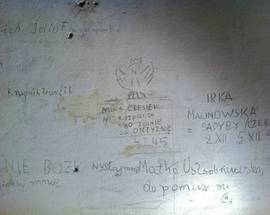 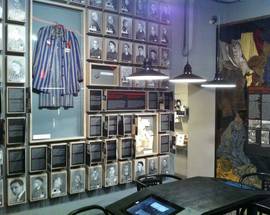 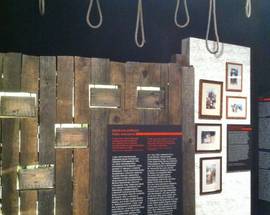 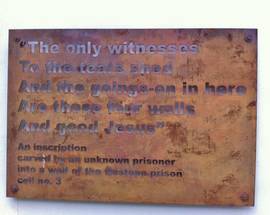 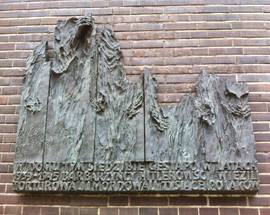 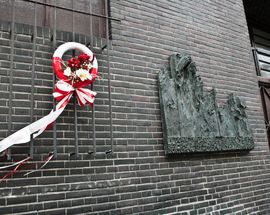 Consisting of two separate exhibits, Ulica Pomorska offers the most chilling museum experience in Kraków (which is saying something). Located in the Dom Śląski, or ‘Silesian House,’ this infamous building became the Kraków headquarters of the Gestapo during WWII, who converted its cellars into detention cells for the interrogation and torture of political prisoners. These cells have been preserved and are free and open to the public as the ‘Former Gestapo Cells’ - immediately to your right as you enter the courtyard. Though the attendant will encourage you to enter straight away, we recommend you begin with the building’s main exhibit ‘People of Krakow in Times of Terror 1939-1945-1956,' entered via a staircase in the corner of the courtyard. This ambitious and excellent exhibit takes visitors chronologically through the city’s not-so-distant past, illustrating the terror and tyranny of both the Nazi and Stalinist regimes in Kraków through an abundance of documents, photographs, audio recordings and other archival materials. From the first victims executed by the Nazis to the communist show trials of the mid-50s, the stories of individual citizens and their varying experiences and reactions to both regimes is revealed in vivid and sometimes distressing detail.

While the broad, more traditional museum presentation of this history is affecting enough, the immediacy of the Gestapo cells is truly haunting. An unimaginable 600 inscriptions scratched into the walls by prisoners awaiting their fate remain intact and provide a shocking, sobering and undeniable account of the suffering of hundreds of Cracovians during Nazi occupation. As you might expect, there are no fairy-tale endings here, so prepare yourself for the blunt force trauma of human tragedy. A worthwhile and memorable experience, reserve at least 90 minutes for visiting. Ulica Pomorska is a 20min walk from the market square, near the tram stop ‘Plac Inwalidów.’

Chillingly real. Raw and un-refurbished. Just frightening, as it was in its time. Go here..
21.01.2018
Roger
Newark Upon Trent, Nottingham, United Kingdom
Well worth a visit,Nice 30 min walk to parts of Krakow you would not normally visit,Allow a good 45 mins for the walk round in two locations next to each other.
25.03.2014
Lance Grundy
Great Britain
Don&#39;t let the seemingly out of the way location of this museum put you off visiting it. Getting there from the Old Town is simplicity itself. Although you could probably walk there, it would take a good 20&#045;30 minutes and, especially if you&#39;re on a short break and time is precious, then I&#39;d recommend you take the tram. From the tram stop outside the Rosmann Pharmacy on the corner where Juliana Dunajewskiego meets Karmelicka take the number 4, 13, 14, 20 or 24 tram [destination Bronowice] to Plac Inwalidow [2 stops]. The museum is about a 5 minute walk from the tram stop in the courtyard of 2 Pomorska Street. Not much to add to the above review of the museum other than to say when you visit the Gestapo Cells make sure you go into the first cell on the left first as this is where the significance of the graffiti you will see in the other cells is explained in English.
Take your guide with you Download a pdf