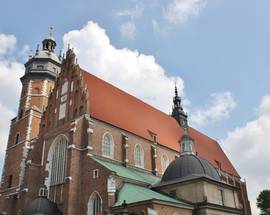 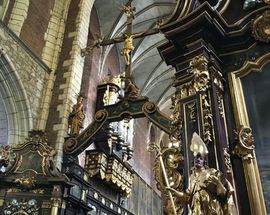 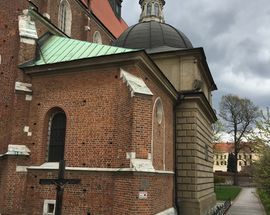 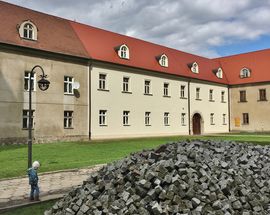 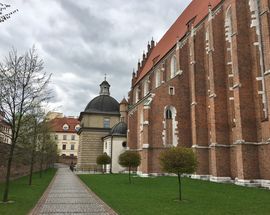 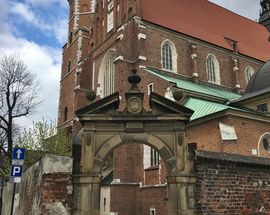 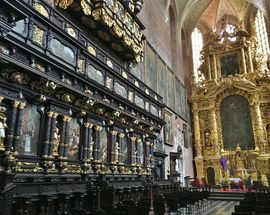 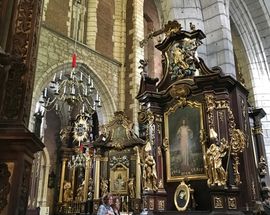 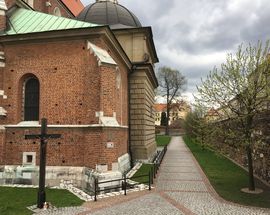 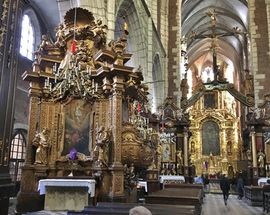 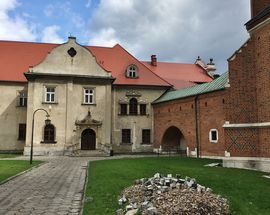 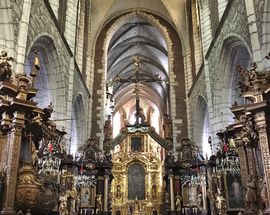 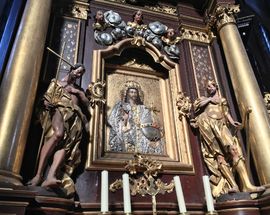 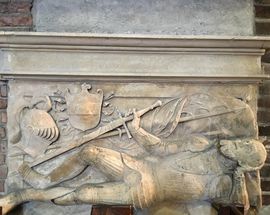 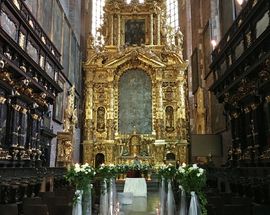 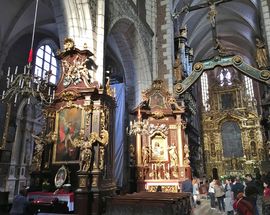 This massive brick beauty from the 14th century takes up two entire blocks in Kazimierz, making it one of the city's largest holy sites. A three-naver in the Gothic style, the pulpit features a golden boat (with oars and a mast even) being held aloft by two mermaids. And though there are few things we like more than mermaids, the crowning glory has to be the towering golden altarpiece. According to legend, a robber who had stolen a precious relic from another church repented on this spot, abandoning the reliquary. The priests in pursuit saw a strange light emanating from the ground and discovering their sacred prize, founded a church here in recognition of the miracle. Note that some renovations will be occuring inside until the end of June 2020.

Why are there doors in the bell tower with circular windows in the doors? but with no balconies
19.06.2012
Ken.Whittaker

Missed the pulpit but the backs of the choir stalls were just amazing!
Take your guide with you Download a pdf