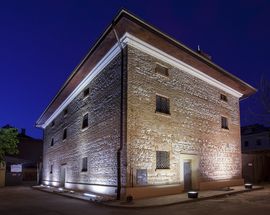 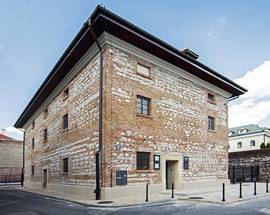 Located in a 17th century granary on formerly-forgotten Sikorski Square, this branch of the National Museum was opened in 2013 and houses the city's large collection of European painting and sculpture, in addition to hosting lectures, concerts and other events. The collection covers over 700 years in the history of European art, and includes such highlights as Lorenzo Lotto's 1507 The Adoration of the Infant Jesus - the consensus 'most-valuable foreign work' in the possession of Kraków's National Museum, John the Baptist Preaching by Pieter Brueghel the Younger, and The Crucifixion by Paolo Veneziano. The Europeum has also been host to a valuable work by Rembrandt - Landscape with the Good Samaritan - however the painting will only be on view here until December 1, 2019, after which it will return to the Princes Czartoryski Museum when it reopens on December 20, 2019. While we're happy this collection has a permanent home, those who have seen their share of European art museums can probably justify skipping it.