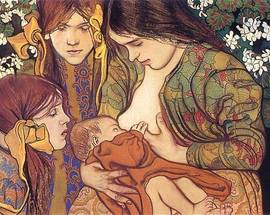 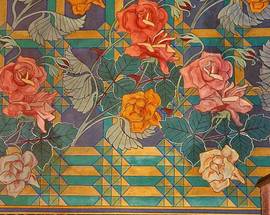 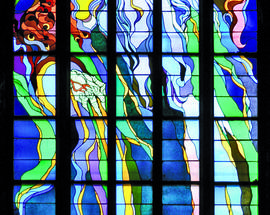 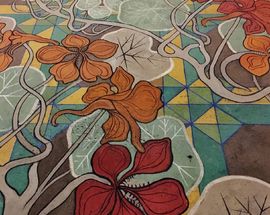 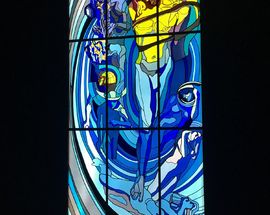 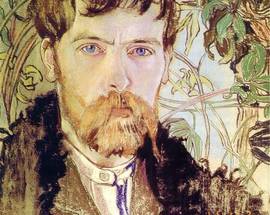 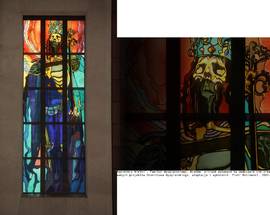 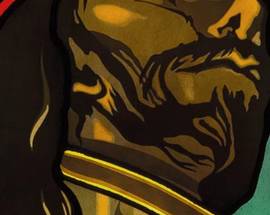 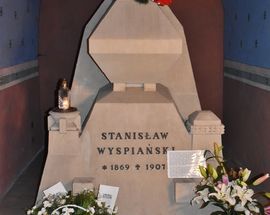 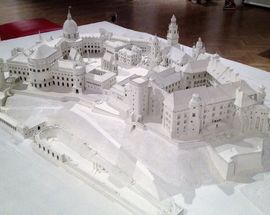 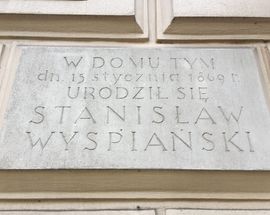 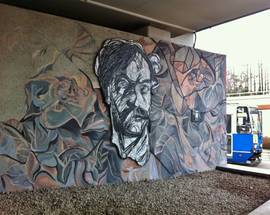 In the 1890s, a new wave of artistic energy inspired by the Western European Art Noveau style rolled through the Polish lands. The heart of the new Młoda Polska (Young Poland) movement that influenced art for two decades was in Austrian-occupied Kraków. Although many forms of art were involved - from literature to theatre to graphic art - one Cracovian artist left a legacy that visitors to the city can still easily track down and enjoy today: Stanislaw Wyspiański (1869-1907).

Profoundly talented and extremely versatile, Wyspiański worked across many creative fields as a painter, poet, dramatist, theatre reformer, stage designer and typographer. His creative output - which includes pastel portraits, painted landscapes, church polychromes and stained glass windows, theatre set and costume designs, furniture and interior decor - is distinguished by a unique artistic expression that was ahead of its time and above his contemporaries. Born in Kraków, he also died here at the age of 38, and is today one of the most important Polish artists of the dawn of the 20th century. Like Barcelona's Gaudi or Ljubjana's Plečnik, Wyspiański left a defining mark on his home city that can be seen today in many of the city's most famous artistic and architectural landmarks.

Wyspiański began his career by working on the renovation of Kraków's Holy Cross Church, and - together with contemporary talent Józef Mehoffer, under the supervision of PL's greatest 19th century painter Jan Matejko - this trio turned their talents to renovating the interiors of St. Mary’s Basilica on Kraków's market square. Here Wyspiański had the chance to learn firsthand from a true master in Matejko, and develop his skills designing stained-glass windows.

His biggest artistic opportunity came in 1895, when he was asked to design the wall paintings of St. Francis Basilica, which had been damaged in a fire in 1850. Inspired by St. Francis’ love of nature, Wyspiański depicted huge violets, roses and geraniums and abstract snowflakes in geometric patterns. Despite numerous conflicts with the monks over the style, he was next asked in 1897 to design the stained-glass windows of the church. In the choir, one window depicts Blessed Salomea; two others are of St. Francis. The other three have abstract floral motifs. The jaw-dropper, however, is the large 'God in the Act of Creation,' above the western entrance, where God is seen zapping life into the planet amidst curly wisps of mist. The northern chapel of St. Francis Basilica incidentally contains stained-glass windows of the Stations of the Cross designed by Wyspiański's contemporary colleague and friend Józef Mehoffer.
​​​​​​​
Wyspiański’s talents led him to become director of the Krakow Academy of Fine Arts. In addition to the window designs, he was a talented painter, famous for his series of views of Kościuszko Mound and enchanting pastel portraits of his children. Many of Wyspiański's designs were influenced by his frequent travels across Central Europe, though his artistic ideals were not limited to design. A gifted playwright he is commonly lauded as the founder of modern Polish drama, his defining work being Wesele (The Wedding), which that tells the story of a chaotic wedding reception, while sarcastically criticising 18th century Polish society. Read (and often recited or performed) by all students of the Polish education system, Wyspiański's play is a primary work of the Polish literary canon.

Demonstrating that there was almost nothing this creative genius couldn't do, Wyspiański even turned his talents to architecture. Fascinated with Wawel since childhood, Wyspiański took advantage of the occupying Austrian army’s plans to move their barracks out of Wawel to completely redesign the hallowed complex. His so-called 'Wawel Acropolis,' designed over the winter of 1904-1905 with the help of the Polish architect Władysław Ekielski (1855-1927), sought to radically alter Wawel with the addition of scores of new buildings, towers, chapels and even an amphitheatre. The finished effect would affect a vision of a once-mighty Poland rising again, but Wyspiański himself began to be tormented by bouts of bad health and depression, with the shocking designs he made for the Wawel Cathedral windows - unsettling pictures of royal cadavers - hinting at his mental problems. Not surprisingly, the macabre designs were not implemented, but today they can be seen in all their gory glory at Wyspiański Pavilion.

Wyspiański’s failing health and subsequent death two years later meant that his greatest project unfortunately never left the drawing board. Using the original designs, a fabulous model of 'Wawel Acropolis' was made in the early 1980s, but is unfortunately not on display to the public at the present time.
At the end of Wyspiański's life, his depressions and ailments sometimes took the overhand, and in one fit he destroyed some of his window designs. When he died of syphilis (then incurable) at the age of 38 he left behind a huge legacy of artworks and ideas and is today hailed as one of the true icons of Polish culture. He is buried in the Crypt of the Distinguished at Skałka Church.

'God in the Act of Creation'

Al. 3 Maja 1
featured
/krakow/national-museum-main-building_17104v
The National Museum has 11 branches in Kraków, with this monolithic structure - apparently built over the course of half a century from 1935 to 1989 - being …
see more
Featured
Churches

ul. Skałeczna 15
/krakow/skalka-the-pauline-monastery_17087v
Also know as the 'Church on the Rock,' this gorgeous riverside sanctuary is one of the most important religious sites in Poland. It was here - or rather at the …
see more
Museums

ul. Tetmajera 28 (Bronowice)
/krakow/rydlowka_112274v
Built in 1894 by famous painter Włodzimierz Tetmajer, this small manor house and modest museum in the Kraków suburb of Bronowice Małe, is integral in the …
see more
Mid-range

ul. Krupnicza 26
/krakow/jozef-mehoffer-house_17100v
Mehoffer was one of the turn of the 20th century's artistic elite, a skilled stained-glass artist collaborating with Wyspiański on the interiors of numerous
see more
Museums

Pl. Sikorskiego 6
/krakow/stanislaw-wyspianski-museum_119946v
Located in a 17th century granary on formerly-forgotten Sikorski Square, this branch of the National Museum was opened in 2013 and houses the city's large …
see more
Stained Glass

Pl. Wszystkich Świętych 2
/krakow/wyspianski-pavilion_131293v
Following his work on St. Francis Basilica, Wyspiański was commissioned to design a triptych of windows for Wawel Cathedral. At the
see more
Wawel

Wawel 5
/krakow/wawel-recovered_170298v
Located in the vaulted Gothic cellars under Wawel, this modern interactive exhibit tells the story of Wawel Hill from the end of the 18th century to the end of …
see more
Monuments

ul. Floriańska 45
/krakow/jama-michalika_136787v
Not so much a café as a lesson in local history. Established in 1895, it was in this very establishment that Młoda Polska - Poland's Art Nouveau movement - was …
see more