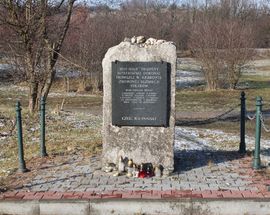 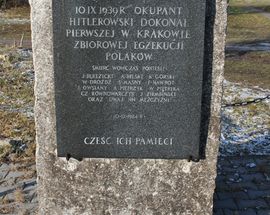 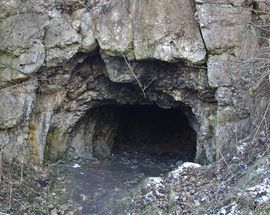 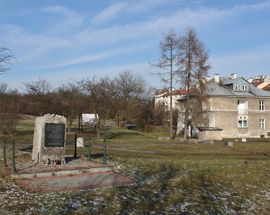 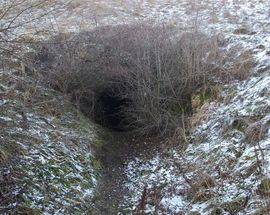 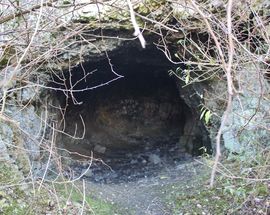 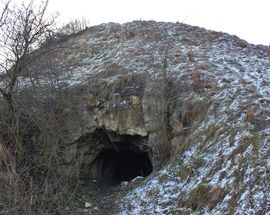 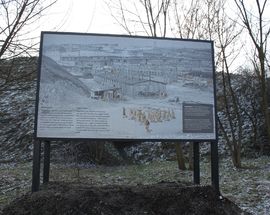 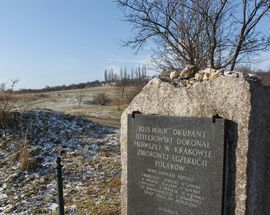 Erected in 1984, this small monument is a memorial to the victims of the first mass execution in Kraków carried out by the Nazis. An act of retaliatory repression against the locals, on September 10, 1939 thirteen random Poles from the area were arrested and shot by the wall of the Jewish cemetery in reaction to an incident in which unknown perpetrators stole sugar from a waggon at the Płaszów train station. The victims were then secretly buried here in a grave so shallow that their families accidentally discovered it only months later.

This memorial stands more or less in the area of one of the camp's two quarries, the excavations of which - now covered in vegetation - can be seen just beyond the marker. Operation of the quarry began in 1943, with prisoners literally worked to death extracting the rock and gravel which was used for the camps roads and facilities. The stone was placed in waggons and hauled by dozens of women pulling ropes to move it along a narrow-gauge train track. A close inspection of the quarry cliffs reveals three small air raid shelters here carved into the rock by the prisoners.