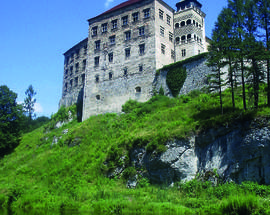 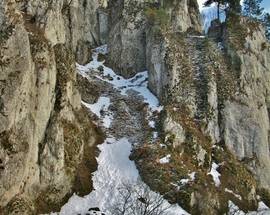 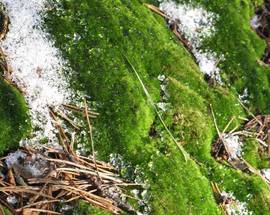 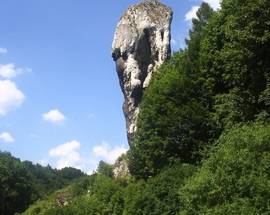 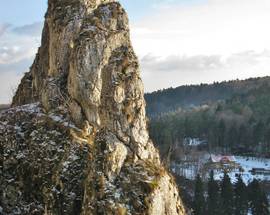 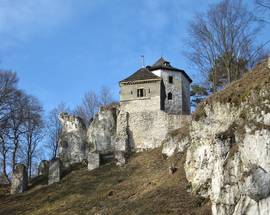 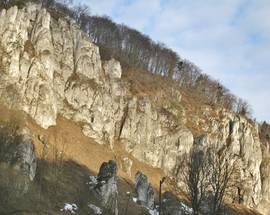 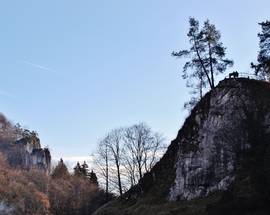 While there’s seemingly no end to the alluring architectural majesty and charm of a city like Kraków, the outstanding natural beauty of the landscape surrounding Poland’s ancient capital should not be overlooked by visitors. Due to its close proximity only 24 kilometres away, Ojców National Park (Ojcowski Park Narodowy) is one of the easiest day-trips to make from Kraków, and certainly one of the most rewarding.

Despite being one of the smallest of Poland’s 23 national parks, Ojców ranks with the best of them and even takes the prize for flora with over 1,000 species of flowering plants within its boundaries. Occupying the dramatic Prądnik and Sąspowska river valleys, the landscape is characterised by thick woodlands, incredible limestone rock formations and deep ravines which were carved by water in the late-Jurassic period when volcanic processes hardened isolated rock outcroppings as the surrounding stone disappeared over centuries of climate change. The result was the ragged wilderness of ancient standing stone formations that characterise Ojców today, and would make a suitable backdrop for the next film adaptation of the frolics of Frodo and his friends. Many of Ojców’s iconic rock promontories have been assigned names and legends by the locals, the most notable among them being Hercules’ Club (Maczuga Herkulesa), Deotyma’s Needle (Igła Deotymy) and the Kraków Gate (Brama Krakowska). Ojców is also home to 400 registered caves (and the 15 adorable bat species that hibernate inside them), the two largest of which – the Dark Cave and Łokietek’s Cave - are open to the public. But it isn’t only natural monuments that make the area unique; cultural monuments within the park include two castles – Kazimierz Castle and Pieskowa Skała, the Grodzisko church and hermitage, and the wooden Chapel on the Water (Kaplica Na Wodzie) built in 1901. The depth of the area’s importance even extends to archaeology with traces of one of the oldest Neanderthal settlements in the country and the remnants of an ancient hill-fort both within park boundaries. The sights are all connected by a large network of trails for hiking, biking or horseback, and Ojców is also an incredibly popular playground for rock-climbers.

The National Park is essentially oriented around Kazimierz Castle and the small village of Ojców at the centre of the valley. The main park entry point and parking lot are located here, and buses arrive and depart from near the foot of Kazimierz Castle. In additional to the trailheads of all the park’s hiking paths, nearby you’ll also find the small, nap-worthy park museum, several places to sleep and eat, and the local salmon farm that supplies them with fresh fish.
Ojców

/krakow/getting-to-ojcow_137711v
The quickest way to reach Ojców is by car. However you will need a good map and an even better navigator as it's easy to get lost if you don't know the area. …
see more
Ojców

Near the main car park in Ojców
/krakow/kazimierz-castle_113244v
Located on a hill over the small hamlet of Ojców, this castle was built in the second half of the 14th century as part of King Kazimierz the Great’s …
see more
Ojców

Ojców 13 (Hotel Pod Łokietkiem)
/krakow/wladyslaw-szafer-natural-history-museum_113246v
More of an exhibit than a proper museum, these small, dated displays in the Hotel Pod Łokietkiem present the history, geology, plant and animal life of the …
see more
Ojców

Ojców National Park, near Pieskowa Skała
/krakow/hercules-club_113247v
While it seems almost all the notable sights of Ojców National Park have some sort of legend attached to them – from the love-at-first-sight afflicting …
see more
Ojców

Ojców 15, Ojców
/krakow/ojcowianin_113236v
Located within the centre of Ojców National Park in the 'Bazar Warszawski' building, this tourist agency has tonnes of information on and guidebooks available …
see more
Ojców