The Cloth Hall & St. Mary's Basilica In Your Pocket
share 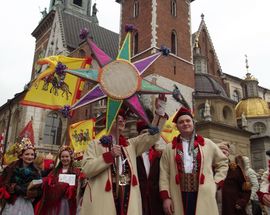 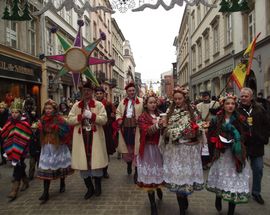 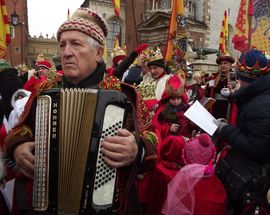 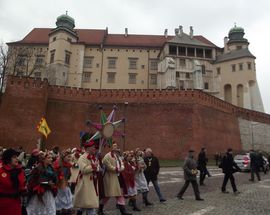 A national work holiday in Poland, January 6th is marked by Three Kings Day processions in hundreds of cities across the country. The parade honours the three wise men - Kaspar, Melchior and Balthazar - who visited Jesus at his birth, with costumed characters passing out candy, plenty of carolling, and children dressed in colours signifying Asia, Africa and Europe (the respective homelands of the wise men). This year in Kraków you have three (yes, three) processions to choose from, each led by a different king, or magi. The Red Procession, symbolising Europe, will depart from Wawel Castle at 11:00, after a 10:00 mass in Wawel Cathedral; the Blue Procession, symbolising Africa, will start depart from Plac Matejki at 10:30 after a mass in St. Florian's Church; and the Green Procession, symbolising Asia will depart from Plac Sikorskiego at 11:00. All three processions will make their way to the Main Market Square, arriving around 11:15 for a bit of baby adoration during a live nativity, and plenty more carolling.

Christmas in Krakow - Traditional Polish Food and Activities! Tips & Insights
Things You Can Safely Do in Krakow During the Coronavirus Crisis Coronavirus in Poland
The Best Restaurants near Schindler's Factory Food & Drink
see more
Take your guide with you Download a pdf