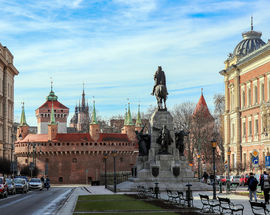 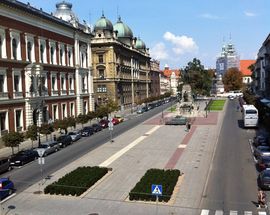 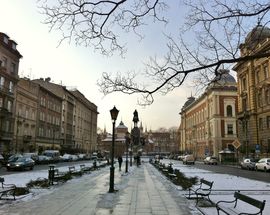 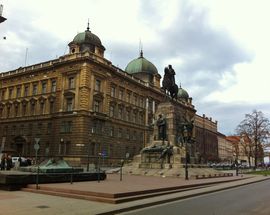 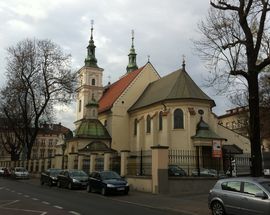 Dominated by the Grunwald Monument and flanked by the Academy of Fine Arts, Plac Matejki might be just a sliver of a square, but it is one of the more visually striking public squares in the city. Until the Art Academy was built in the 1870s, this area was part of the Stary Kleparz market, then known as Rynek Kleparski; in 1882 it was given its current name in celebration of painter Jan Matejko, who was awarded honorary citizenship of Kraków the same year - a rare case of a square or street being named after a living person. The Grunwald Monument, commemorating every Pole’s favourite battle - the 1410 Battle of Grunwald, during which the Poles gave the Teutonic Knights a thorough whipping (a historical rarity and point of pride even 600 years later) - was unveiled in 1910. Nearby can be found Kraków's own 'tomb of the unknown soldier,' around which Independence Day (Nov. 11) celebrations are conducted each year. The ends of the square are capped with two other points of interest: St. Florian's Church in the north and the Barbican in the south.

Pl. Matejki
/krakow/grunwald-monument_21891v
The Battle of Grunwald, fought between the joint armies of Poland and Lithuania against the Teutonic Knights on July 15, 1410, is considered to be one of the greatest battles ever to t
see more

ul. Warszawska 1B
/krakow/st-florians-basilica_148775v
Located at the top of Plac Matejki, St. Florian's might be a basilica, but it's also fairly dull (by Kraków standards, at least). Dating back to the 12th or early 13th century and consecrated by Kraków bishop and historian Wincenty Kadłubek, the church i
see more