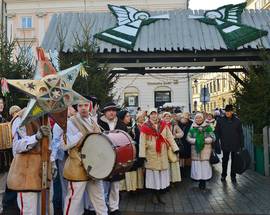 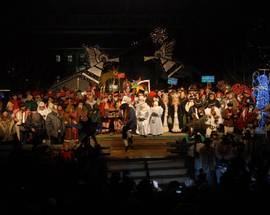 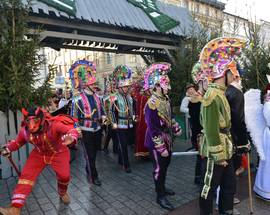 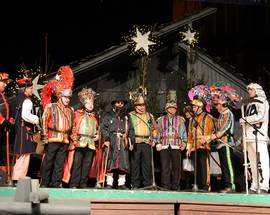 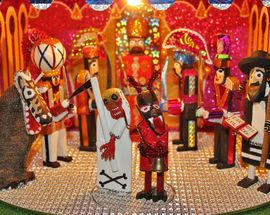 The singing of holiday carols (kolędy) is extremely popular in Poland, and the Poles possess a vast, seemingly inexhaustible songbook of ancient tunes traditionally sung this time of year. Carolling is typically reserved until Christmas Eve (Wigilia) and afterwards continues into the New Year until Three Kings Day (Święto Trzech Króli) on January 6th. Aside from the cavalcade of carols sung in church, carolling outside of church in many cases takes on the form of skits and dressing in costume to a degree. One popular form of carolling are jasełka – nativity plays acted out by children or other community groups, often in school or sometimes door-to-door. A form of carolling more regional to Kraków is the performance of herody – humorous skits acting out the fate of King Herod. In case you don’t know the story, here it is: Upon being informed by the wise men that the Saviour had been born, and fearing he might lose his throne to this new ‘king of the Jews,' King Herod ordered the execution of all young male children in Bethlehem. As children dressed in folk costumes resembling the characters of King Herod, an angel, a bull, a soldier, a Jew, Death and the Devil (and sometimes others) go on to demonstrate, the king was duly punished, the heights of black comedy being reached as Death and the Devil argue over the wicked king’s soul while they chase him around. A bit too dark and boisterous for church, after Christmas you’ll likely see children in strange homemade costumes all over the market square as seemingly every school class takes a turn at carolling on its stage. Oddly adorable.