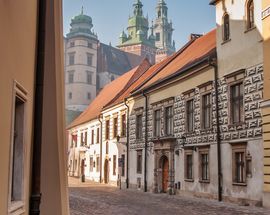 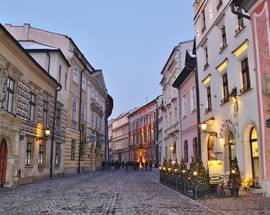 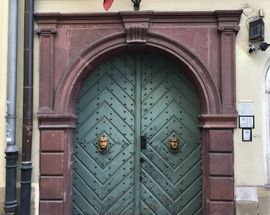 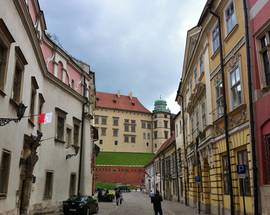 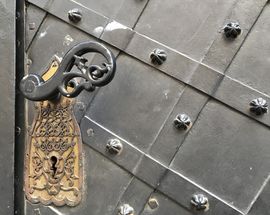 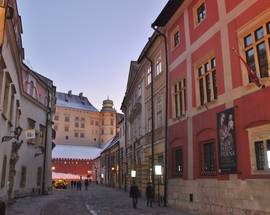 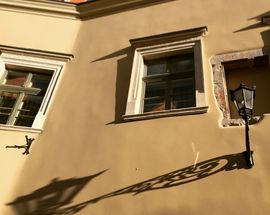 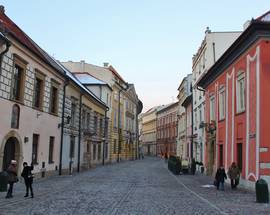 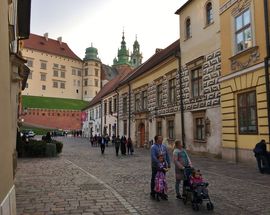 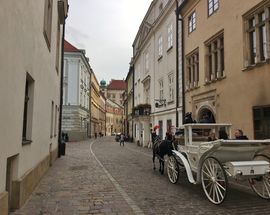 Kraków's most picturesque street, and an essential part of any tourist itinerary. The cobbled alley is lined with superb examples of Renaissance and Baroque architecture, and many of the facades feature colourful murals and passageways leading to quiet courtyards. At number 9 is the former residence of 18th century patriot Hugo Kołłątaj, number 17 is the grand 14th century Bishop Ciołek Palace (now a museum of religious art), number 19 next door was once the residence of the future Pope John Paul II (today it houses the Archidiocesan Museum), and at the very end, number 25, lies the former royal bathhouse nowadays better known as 'Dom Długosza.' One popular tale surrounding the bathhouse claims that the future Queen Jadwiga, concerned about rumours that Lithuanians had gigantic genitals, sent one of her servants to spy on the manhood of Lithuanian Grand Duke Jagiełło - her husband-to-be. Her fears appear to have been allayed and the couple later got married.

ul. Kanonicza 15
/krakow/art-restaurant_145079v
This newcomer to one of Kraków's most ancient, romantic and exclusive streets has wasted no time in establishing itself among the city's finest restaurants, winning a
see more

ul. Kanonicza 17
/krakow/bishop-erazm-ciolek-palace_36133v
This early 14th century palace is one of the most outstanding buildings in Kraków; in fact, at the time it was built, the palace was second in splendour to only Wawel itself. Thoroughly restored, today it is one of the most modern and impressive branc
see more

ul. Kanonicza 11
/krakow/bon-ami-cafe-pastry_156512v
On one of Kraków's most historical streets, this cafe enjoys some prime real estate, with a few outside tables that boast the only views in town of both
see more

ul. Kanonicza 7
/krakow/la-campana-trattoria_50205v
Planted on picturesque Kanonicza Street, in summertime La Campana Trattoria is worth visiting just to relax in the gorgeous ivy-green garden and cobbled patio; full of sunlight and
see more

ul. Kanonicza 22
/krakow/pod-nosem_131037v
An elegant upscale dining experience on Kraków's oldest street, 'under the nose' (as the name translates) of
see more