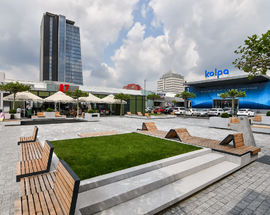 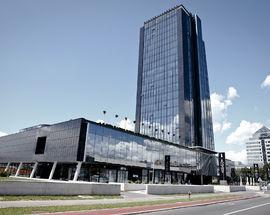 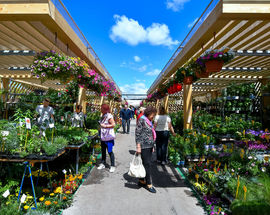 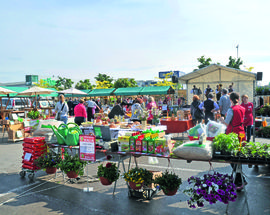 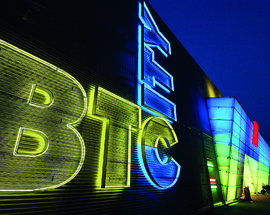 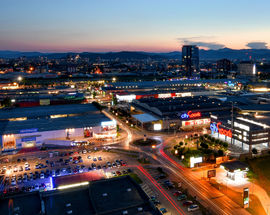 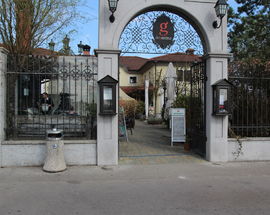 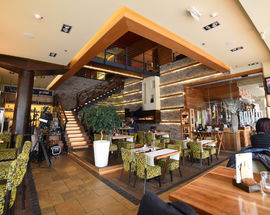 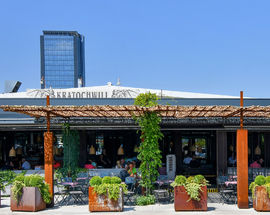 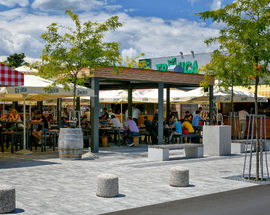 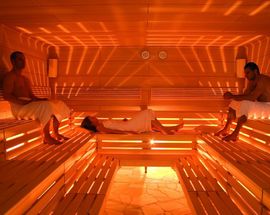 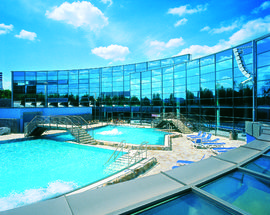 BTC City Ljubljana is one of the largest business, shopping, entertainment, recreational and cultural centres in Europe, boasting more than 450 shops and 70 food and drink vendors spread over 475,000 square meters, as well as some of Slovenia’s largest entertainment facilities, including a multiplex cinema, bowling alley, casino, fitness centre and waterpark, a luxury hotel, the country’s tallest business tower, and an increasingly important role as a regional business and technology hub. If you’ve got questions or would like more info, there’s a helpful customer service desk in the middle of Shopping arena A.

With more than 450 individual shops and some 10,000 different brands, you won’t find a better shopping destination anywhere in Slovenia than BTC City Ljubljana. From the best premium international brands to unique local retailers, if there’s something you need to buy, you’ll find it here. Fashion, footwear, sports apparel and other accessories are well represented, and within the various shopping areas and standalone shops, you can also find the country’s largest consumer electronics and home appliances store, various specialty outlets, and open market and much more. Head to Shopping Arena A to find more than 150 specialised shops and boutiques, with a wide range of local and international brands. Do not hesitate to visit it if you want to treat yourself or your loved ones.

While BTC City is primarily known as the largest shopping district in Slovenia, in recent years its also become a major culinary destination in its own right, with more than 70 restaurants cafés and other places to grab a bite to eat or a drink throughout the centre. You can find everything from healthy breakfasts and fast-food snacks to business lunches and extravagant gourmet dinners. Just south of the wonderful BTC City open market (Tržnica BTC City in Slovene), you can visit an open-air food court with a wide variety of cuisines, while scattered at various other spots in the complex you’ll find pop-up burger joints, Italian restaurants, a traditional Slovene gostilna and brewery, and even a sprawling faux Argentinian hacienda that is one of the city’s best steakhouses.

If it’s fun and entertainment or much-needed relaxation you’re after, BTC City has got you covered there as well, with a range of superlative offerings. Kolosej was Slovenia’s first, and still its largest, multiplex cinema, showing the latest blockbusters from Hollywood as well as a selection of European films. Opposite Kolosej is the massive Arena Play & Party, with a bowling alley and billiards hall, and a casino that’s open around the clock just for good measure. The basement level of the same building contains a full-sized go-karting track, while just south of all this is the massive Atlantis Water Park, with 17 pools, 14 saunas, asian massages and an Adrenaline park. If you’re in town for a longer period of time, BTC City is also home to the Millennium Sport Centre, with a fitness centre and tennis courts.

Located only a few kilometres to the northeast of Ljubljana’s old town centre and just off the ring road, BTC City is easily accessible by car, public transport, bicycle and even on foot for those not in a hurry. The most popular way to get to there is of course by car, as it boasts more than 8500 parking spots, all of which are completely free of charge. If you don’t have your own car, a taxi shouldn’t cost more than €5-7 depending on the time of day and traffic, or you can even use the city’s Avant2Go electric car sharing. No less than five public bus lines also make the journey, with the most direct route being bus 27, which also makes several stops within BTC City, while buses 2, 7, 12 and 14 stop along Šmartinska cesta at the north edge of BTC City. Ljubljana is one of the most cycle-friendly cities in the world, so you’ll find cycle lanes on most major routes from the city centre to BTC City, and if you don’t have your own wheels, the city’s popular bike sharing scheme, Bicikelj, now conveniently has three 20-bike stations within the shopping district. And last but not least, walking from the city centre will get you there in less than an hour, and also give you the opportunity to explore some lesser visited neighbourhoods along the way.

Ameriška 8
featured
/ljubljana/crystal-caffe_119218v
It's quite literally impossible to get better panoramic views in Ljubljana than from the windows of the upmarket Crystal Caffe, which sits on the 20th floor of …
see more
Featured
Swimming

Šmartinska 152
featured
/ljubljana/atlantis-water-park_43483v
Located where else but in BTC City, Atlantis is arguably the top destination for water-based entertainment and fun in Ljubljana. The huge complex is roughly …
see more
Featured
Bowling

Šmartinska 152
/ljubljana/arena-play-party_43488v
Having undergone various name changes over the years (usually reflecting a change in sponsorship), this massive complex in BTC City has maintained its status …
see more
Steakhouses

Šmartinska 152 (BTC)
/ljubljana/argentino_38033v
The journey out to BTC is well worth the effort, for Argentino really needs to be experienced to be believed. Huge and based on a classic Argentinean hacienda …
see more
Quick Eats

Šmartinska 152
/ljubljana/btc-street-food-park_145718v
It may have taken a while, but it now seems that the concept of street food is finally, officially a thing in Ljubljana. Building on the success of regular …
see more
Burgers

Šmartinska 152 (CityPark)
/ljubljana/burger-king_74117v
After being more or less raised on fast food in the US, we consider ourselves something of an expert on the subject, and as such we can say unequivocally that …
see more
Shopping Centres

Moskovska ulica 4
/ljubljana/citypark-ljubljana_39615v
Boasting over 120 stores of all shapes and sizes, Citypark is Slovenia's largest shopping centre, and the best place to find pretty much whatever you need …
see more
International

Ameriška 8
/ljubljana/divino_119219v
Covering a total of three floors in one of the city's most prestigious addresses, the Crystal Palace skyscraper in BTC, diVino is a stylish new addition to …
see more
Department Stores

Letališka 3 (BTC)
/ljubljana/emporium_55749v
This huge fashion house in the southwest corner of BTC has aisle after aisle of name-brand designer clothes for men, women and children at discount prices. …
see more
Shoes

Šmartinska 152
/ljubljana/kolosej_38476v
Opened in BTC City 2001, Kolosej was the first multiplex cinema in Slovenia and is still the only multiplex in Ljubljana, making it the go to destination for …
see more
<< < 1 2 3 > >>