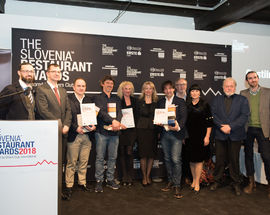 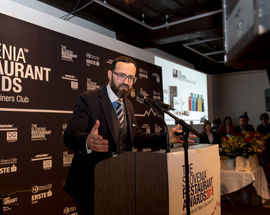 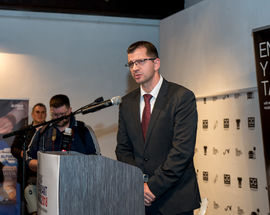 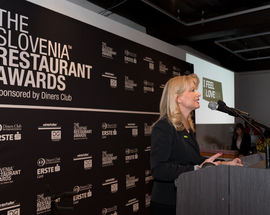 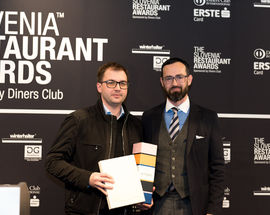 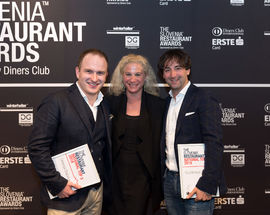 The results of the 2018 THE Slovenia Restaurant Awards (TSRA) were presented to a packed house of media, leading restaurateurs and other important invited guests at Ljubljana's Fužine Castle on 27 March. TSRA is the largest initiative of its kind in Slovenia, and was established in 2016 with the aim of “putting Slovenia on the culinary map” by awarding the country's best restaurants in five geographic regions.

This year also saw the naming of the Top 3 overall restaurants for Slovenia, which were comprised of regional winners Hiša Franko and Ošterija Debeluh as well as famed chef Tomaž Kavčič's Gostilna Pri Lojzetu at Zemono Castle in beautiful Vipava valley, while the Vox Populi, or people's choice, award was presented to Galerija Okusov in Novo Celje, which was the leading vote getter among the general public.

Many friends of In Your Pocket were also on hand to help cater the event, including Velenje's Vila Herberstein (who were also named one of the top restaurants in Eastern Slovenia), the award-winning sparkling wine of Istenič from Bizeljsko and Stow Specialty Coffee.

More info about the competition and all the finalists can be found on the website of THE Slovenia.

Rusjanov Trg 7
featured
/ljubljana/kavarna-mao_148512v
If you plan on visiting Fužine Castle or the Museum of Architecture & Design then we recommend getting a drink or a snack in Kavarna Mao. Set within the castle …
see more
Featured
Fine Dining

Grajska Planota 1
featured
/ljubljana/strelec_113408v
Perched high up in the archer's tower, this award-winning restaurant at Ljubljana Castle overlooks the city from a grand position. A combination of the Roman …
see more
Featured
Around Ljubljana

Staro Selo 1, Kobarid
/ljubljana/hisa-franko_101463v
The Michelin Guide has finally come to Slovenia and has awarded Hiša Franko with not one, but two Michelin stars!  For full coverage
see more
Bizeljsko-Sremič

Stara Vas 7, Bizeljsko
featured
/ljubljana/istenic_107373v
Istenič is the largest wine producer in Bizeljsko and one of the largest producers of sparkling wine in Slovenia. They are also the region's most …
see more
Featured
Around Ljubljana

Predoslje 22, Kranj
/ljubljana/gostilna-kristof_151449v
One of the dozen or so Slovene restaurants that are perennially in the running for the title of the finest dining in the country, Krištof can be found in the …
see more
Restaurants

Trg Izgnancev 7
featured
/ljubljana/Osterija-Debeluh_75438v
Widely regarded as one of the best restaurants in the region, if not the entire country, thanks to head chef Jure Tomič's innovative approaches to classic …
see more
Featured
International

Kopališka 1
featured
/ljubljana/Vila-Herberstein_110634v
Located on a hill just above Velenje's city centre, the immaculate Vila Herberstein is nevertheless in a space and time completely separated from the town only …
see more
Featured