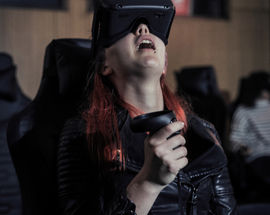 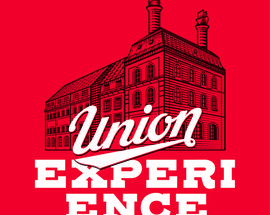 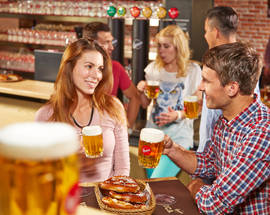 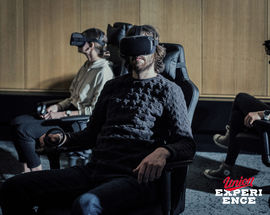 Slovenians love their beer, and no beer is more popular in Ljubljana than locally brewed Union (pronounced 'oo-nee-yon' in Slovene). Founded in 1864 at a strategic location above a pure natural water source and near the railway tracks, today the brewery is virtually in the city centre, just opposite Tivoli Park and Tivoli Arena. The Union Experience is a great choice for both beer-lovers and history buffs to spend a couple of hours learning about the history of beer-making, discovering modern facilities, and of course sampling different varieties of beer and local cuisine at the in-house pub.

The experience begins with an intense yet heart-warming animated tale of Ljubljana's famous red dragon and his inseparable connection with the legend of Union Brewery (even locals are likely to learn something new). This introduction is followed by an intriguing and educational trip through the history of the craft of brewing and a visit to two reconstructed facilities, housed in the attic of the former malthouse, a protected heritage industrial building. It includes artefacts documenting just about every aspect of beer-production over the previous century and a half. It's not only one of the largest museums of its kind in Europe, but also the recipient of the prestigious Museum of the Year Award from the European Museum Forum.

If this already sounds like a lot for one tour, don't worry, there's a well-earned break in the middle for a tasting of traditional Union beer at a delightfully restored old inn, which also happens to be the perfect spot to snap a selfie (or five) for social media. After getting some hand-on experience of what the past was like , the experience then leads to the present, where visitors view our production through VR Oculus glasses, which are comfortable and designed based on many experiences and as such the perfect virtual escape tool.

The brewery's modern pub and restaurant is the final stop, where you can sample a variety of different beers, including some special recipes of the brewmaster’s choice, that are exclusive to the pub. You can also choose between well-prepared typical pub fare or some delectably original dishes that wouldn't look out of place in Ljubljana's nicest restaurants.

Celovška 22
featured
/ljubljana/pivnica-union_132978v
It may have taken 150 years, but the wait was most certainly worth it. One of the ‘Big Two’ of Slovenian beer producers, Union’s pub is a welcome addition to the brewery complex. Located in the former workers canteen it retains this workingman’s feel, wr
see more
Featured

Celovška Cesta 22
featured
/ljubljana/pivnica-union-restaurant_158509v
Part of the Union complex, this great restaurant has a menu well worth checking out. You’ll find quick bites such as burgers and salads, or for more hearty dishes there’s a great selection of meat, poultry and stews to choose from. Being connected to a b
see more
Featured

A Beer Lover's Experience of Ljubljana

Krekov Trg 10
/ljubljana/a-beer-lovers-experience-of-ljubljana_146080v
Locals love their beer, but Ljubljana's brewing tradition is far older than most people would imagine. In fact, it goes back some four millennium, which was proven by the discovery of 3,900-year-old beer barrels during excavation the Ljubljana Marshes
see more