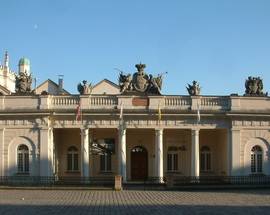 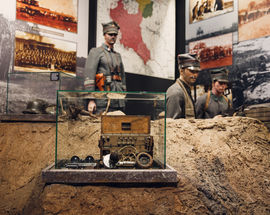 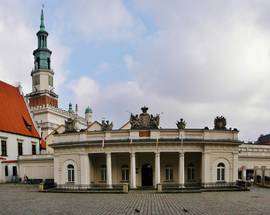 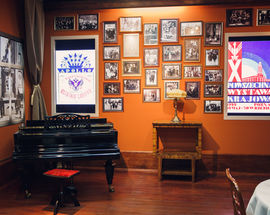 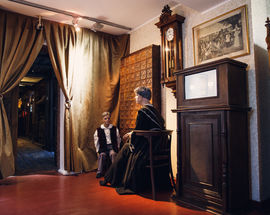 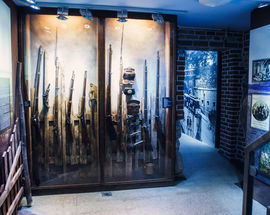 Primarily chronicling the 1918-1919 Wielkopolska Uprising (though the exhibition starts at the time of partition) this museum occupies a rebuilt structure that once served as home to the Royal Guard. A big renovation in the 2010's took the exhibition from a series of artefacts to a modern multimedia creation on par with the Silesian Museum in Katowice or the Warsaw Uprising Museum in the nation's capital (though much smaller, of course). Downstairs is a mish-mash of weapons, uniforms, reconstructed bunkers and trenches, and vintage photographs, which look great but fail to convey much meaningful information; the historical info is all upstairs, where you can also take a picture dressed as a Wielkopolska soldier.

Corner of ul. Królowej Jadwigi and ul. Wierzbięcice
/poznan/1918-19-wielkopolska-uprising-monument_96912v
Sitting in the northwest end of Drwęskich Park, the Wielkopolska Uprising Monument was designed by Alfred Wiśniewski and unveiled on September 19, 1965. The monument itself is a granite-covered 17 metre tall tower decorated with reliefs that depict th
see more

Stary Rynek 3
/poznan/guardhouse_153671v
This 18th-century police guardhouse was originally haphazardly constructed using wood, and later redone in classicist style by Jan Chrystian Kamsetzer in 1783-1787. In the inter-war period, it served as a garrison jailhouse. Like much of the Old Town, th
see more