The World’s Most Talented Young Violinists Return to Poznań!

At the beginning of October the music world’s eyes (and ears as a matter of fact) will turn to Poznań where the 16th international Henryk Wieniawski Violin Competition will take place. 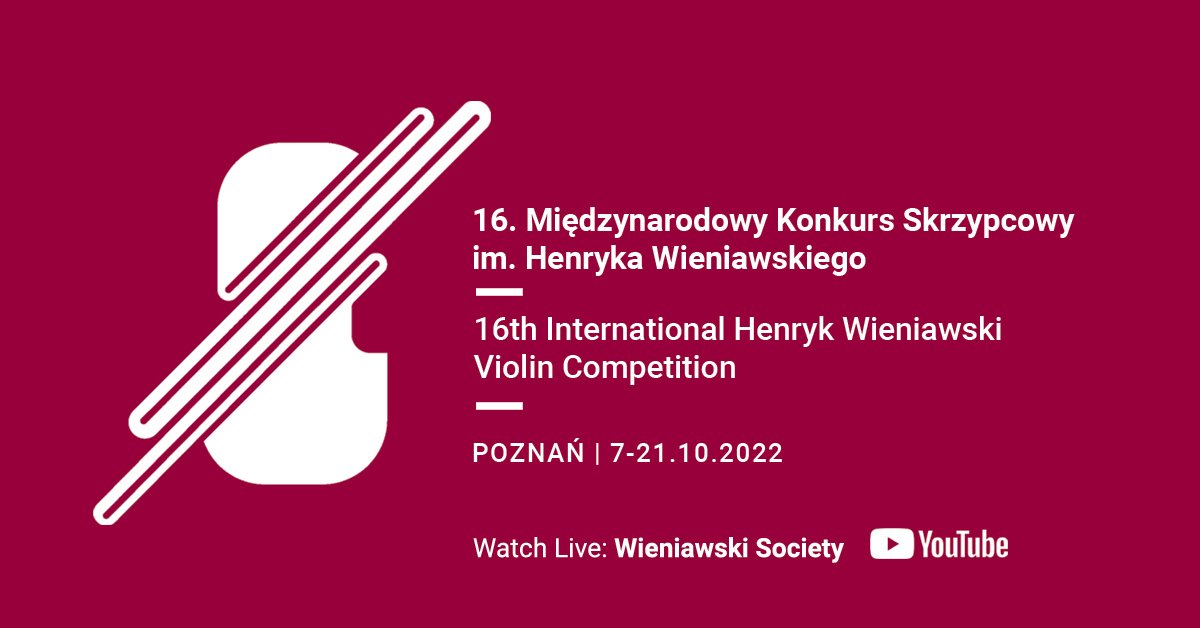 The Wieniawski violin competition is one of the most prestigious such contests in the world, having been organised every five years since 1935 (with the exception of World War II). This makes it the oldest competition for violinists in Europe. The event is named after Henryk Wieniawski, the 19th century Polish virtuoso violinist and composer, regarded as one of the greatest players of the instrument in history. The Poznań-based competition is available to violinists under the age of 30.

So far the 16 editions of the competition has seen winners from nine different countries with violinists from the Soviet Union having won five times, while Poland ranks second with four top prizes. Twice the first prize went to Japan, with France, Georgia, Russia, South Korea and the United States providing one winner each. The 2016 competition was won by Turkish-born Georgian violinist Veriko Tchumburidze.

This year 41 young violin players from all over the world will compete for the prestigious trophy. They have been chosen by the pre-selection jury composed of contest Chairman Augustin Dumay, Deputy Chairman Daniel Stabrawa and Madeleine Carruzzo, out of an original pool of 224 candidates from 34 countries who applied to the musical tournament. 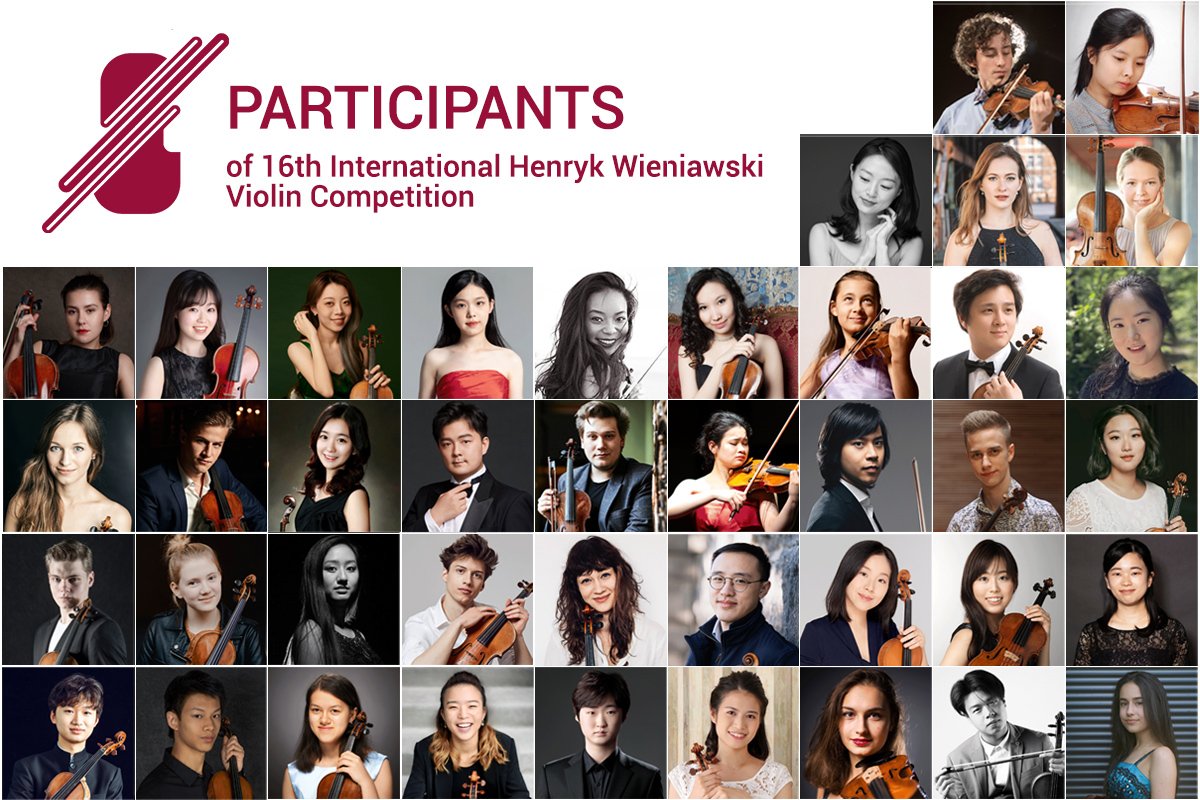 Of the 41 chosen finalists, seven are representing Poland; Germany and the United States have six each; five are from South Korea; four from Japan; four from China; while Austria, the Netherlands, France, Kazakhstan, Switzerland and Singapore will be represented by one finalist each - a truly intercontinental line-up.

The finalists will compete for 115,000 Euro in the total prize money. The winner of the first prize will receive a gold medal and 50,000 Euro. The competition will be held at the Auditorium of the Adam Mickiewicz University in Poznań.

The opening concert will be held in Poznań on October 7 and star the winner of the previous edition of the contest - Veriko Tchumburidze of Georgia - and the Warsaw Philharmonic conducted by Andrzej Boreyko. The opening concert will feature Violin Concerto in A Minor, Op. 53 by Antonín Dvořák, and the “Rebirth” Symphony by Mieczysław Karłowicz. As Alina Kurczewska, the Chair of the Henryk Wieniawski Musical Society, explains, on Andrzej Boreyko’s request the programme will also include a piece by the Ukrainian composer Victoria Polevá as a sign of the Competition’s solidarity with the Ukrainian people.

After the opening concert, auditions will be held between October 8-20. These auditions are open to the public as concerts. The participants are facing a challenging and demanding series of tests. The first stage of the auditions (October 8-11) will see them perform Caprices of Henryk Wieniawski and Niccolò Paganini and a piece for solo violin by Johann Sebastian Bach, as well as the 4th movement of Sonata No. 10 in G major, Op. 96 by Ludwig van Beethoven and a selected piece by Henryk Wieniawski (with piano).

The second audition stage will take place between October 12-16. Things get harder at this level as the stage is made up of two parts. In the first, the competitors will be asked to perform a sonata for violin and piano, and a composition of choice from a list of proposals, as well as a piece by another Polish great Karol Szymanowski (one part of "Myths", Op. 30 or Romance in D major, Op. 23). In the second part of Stage 2, participants will perform Sinfonia Concertante in E flat major, KV 364 accompanied by Amadeus Chamber Orchestra of Polish Radio (conducted by Anna Duczmal-Mróz).

After advancing through this selection process, the finalists will compete for three days (October 18-20) in the final round, where they will perform concertos by competition patron Henryk Wieniawski (Violin Concerto No. 1 in F sharp minor, op. 14 or Violin Concerto No. 2 in D minor, op. 22), as well as their own choice of one of the pre-selected violin concertos by Beethoven, Brahms, Dvořák or Mendelssohn. The participants will be accompanied by the Poznań Philharmonic Orchestra conducted by Łukasz Borowicz.

The Grand Prize Gala is scheduled for October 21 in Poznań. Two days later it will be repeated at the Warsaw Philharmonic. 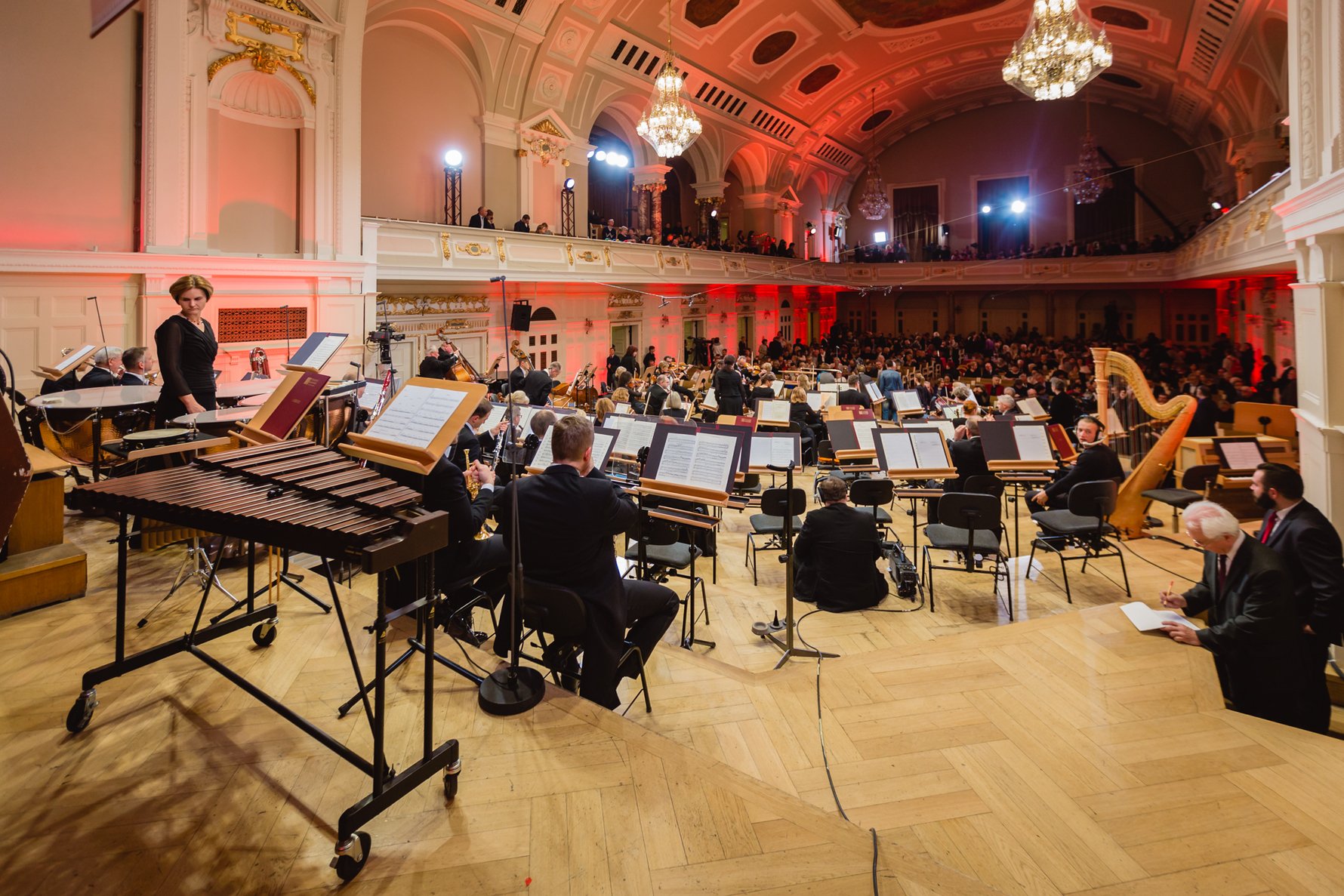 Tickets for the first three audition stages have been on sale since the beginning of July. The ticket sale for the Opening concert commenced on July 25. On August 1 the sale of tickets for the two Final Galas (in Poznań and Warsaw) will commence. According to the organisers, at the turn of September and October, an extra pool of tickets for the Grand Prize Gala will be available.

Tickets can be bought online at konkurs.wieniawski.pl/en

The prestigious competition is organised by the Henryk Wieniawski Musical Society of Poznań in collaboration with National Institute of Music & Dance, the renowned competition is co-funded by the Ministry of Culture & National Heritage, with financial assistance from the Municipality of Poznań and the Wielkopolska region.