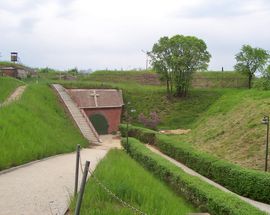 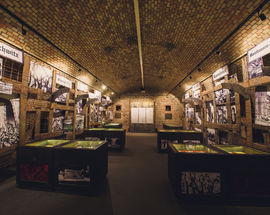 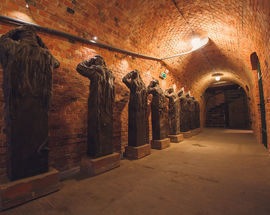 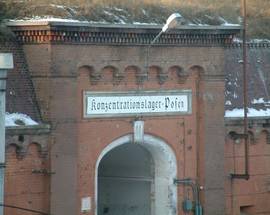 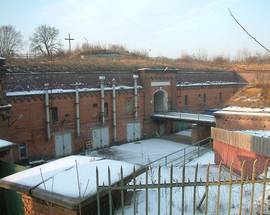 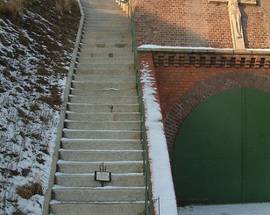 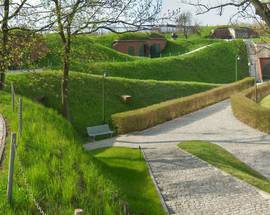 One of 18 forts built by the Prussians in the 1870s to protect Poznań’s perimeter, ‘Fort VII’ gained notoriety when it was used as a Gestapo penal camp between 1939 and 1944. The first Nazi concentration camp organised in occupied Poland, at least 18,000 Polish prisoners were processed here, of which 4,500 were murdered, though other estimates have the death toll as high as 20,000. The windswept grassy grounds make for a thought-provoking walk, along which visitors will see the ‘death wall’ - where up to seven prisoners were executed daily during Nazi rule, as well as dark underground tunnels used as makeshift gas chambers. Elsewhere a vaulted brick room holds a small but haunting display that includes a guillotine, an execution block, truncheons, whips, and arrest warrants. The personal effects of prisoners have also been preserved, including hand-written letters, playing cards, rosaries, and identity papers. Chillingly graffiti etched into the walls by prisoners can still be discerned, the writing framed with red and white ribbons. Reaching Fort VII is not an easy task, however. It's found in the western suburbs, so your best bet is a taxi or Uber.

Al. Polska (Jeżyce)
/poznan/fort-vii-colomb_117536v
Undoubtedly Poznań’s best-known and darkest fort, this place was set up as the first Nazi concentration camp. It’s estimated that Nazi officials began using the place for this purpose way back in October 1939 and some sources state that as many as
see more