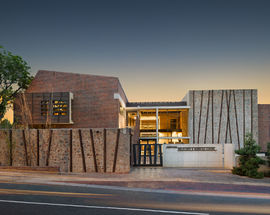 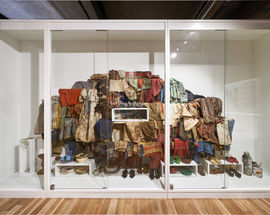 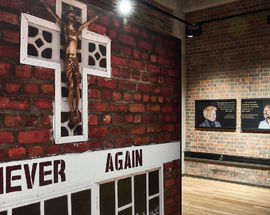 This museum and centre of memory and dialogue is the first institution of its kind that brings together the stories of genocide across two continents, creating parallels between the historical narratives of the genocide committed by Nazi Germany in World War II Europe and the more recent genocide that occurred on African soil in Rwanda in 1994 (the year of South Africa's transition from apartheid rule to democracy).

The Johannesburg Holocaust and Genocide Centre takes its message from the writings of death camp survivor Primo Levi: "It happened, therefore it can happen again" and seeks to be a permanent reminder of the dangers of indifference.

The permanent exhibition, which opened in March 2019, is a fascinating exploration of genocide in 20th Century world history through photography, film, personal testimonies and particularly poignantly, the everyday personal effects left behind by victims such as clothing, jewellery and keepsakes. Survivors from both the Holocaust and the Rwandan genocide have been deeply involved in the centre since it's founding by Tali Nates whose father was saved from the Nazi death camps by Oskar Schindler. The story of Schindler's List was immortalised in the film of the same name directed by Steven Spielberg.

The exhibition is deeply moving and highly engaging and is set in a space replete with symbolic references. The building's architecture is in itself something to explore. An award-winning space that opened in 2016 railway lines cut through the concrete facade of the building, evoking both the city's mining history and the transport of thousands to their death. The granite slabs at the entranceway function symbolically as unmarked gravestones, creating a memorial. Set within the suburban landscape of Forest Town on one of the city's main thoroughfares Jan Smuts Avenue the message of the Centre is that acts of such horror take place in all too familiar landscapes.

The Centre is a key educational space, with a schoool outreach programme for learners across South Africa and a monthly events programme that includes talks, films, and performances exploring themes of human rights, tolerance, xenophobia and other key related societal issues. The Centre also houses a collection of historical resources that includes more than 1500 books and DVDs related to the Holocaust and other genocides. There is a coffee and gift shop and a memorial garden.

The Johannesburg Holocaust and Genocide Centre,  along with its associated centres in Cape Town and Durban, form the South African Holocaust & Genocide Foundation and are associated with more than 300 organisations and institutions worldwide engaged in Holocaust and genocide education and remembrance.