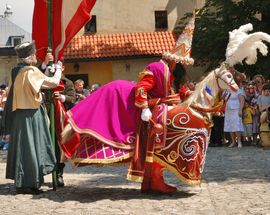 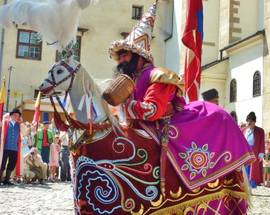 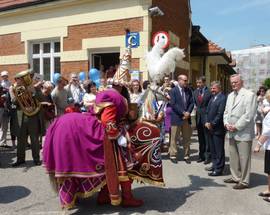 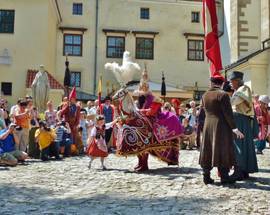 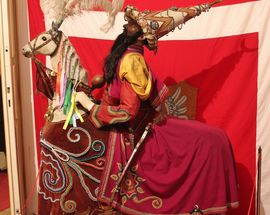 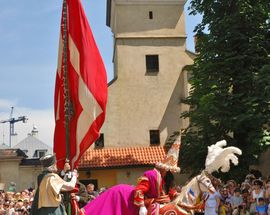 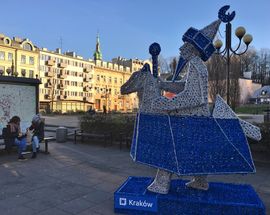 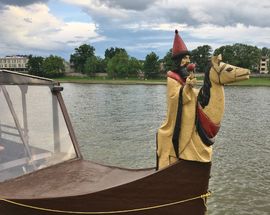 Back in the days when you couldn't go to draw water from the well without a Tartar tipping your cow, stealing your wife, burning your house down, or all three, the city of Kraków fashioned itself an unlikely hero. While his origins are actually quite complex, the prevailing story goes that in the 13th century a troupe of sneaky, saucy Tartars had crept within striking distance of the city and pitched camp on the river, planning to attack the Polish capital for the umpteenth time come daybreak. Discovered by a detachment of hardy rafters from Zwierzyniec, the raftsmen routed them in their sleep and snagged their swag, with the boldest of the heroes dressing himself up in the elaborate oriental garb up of the Tartar general. Thusly equipped they proceeded to perform a clownish mock attack on Kraków and paraded themselves around town to great applause and approval. The city was so grateful for its apparent salvation that the mayor marked his calendar and made the satirical procession an annual event. Thus ‘Lajkonik’ was born and a celebration in his honour has taken place on the first Thursday after Corpus Christi (June 27th, 2019) ever since, for the last 700-some years. 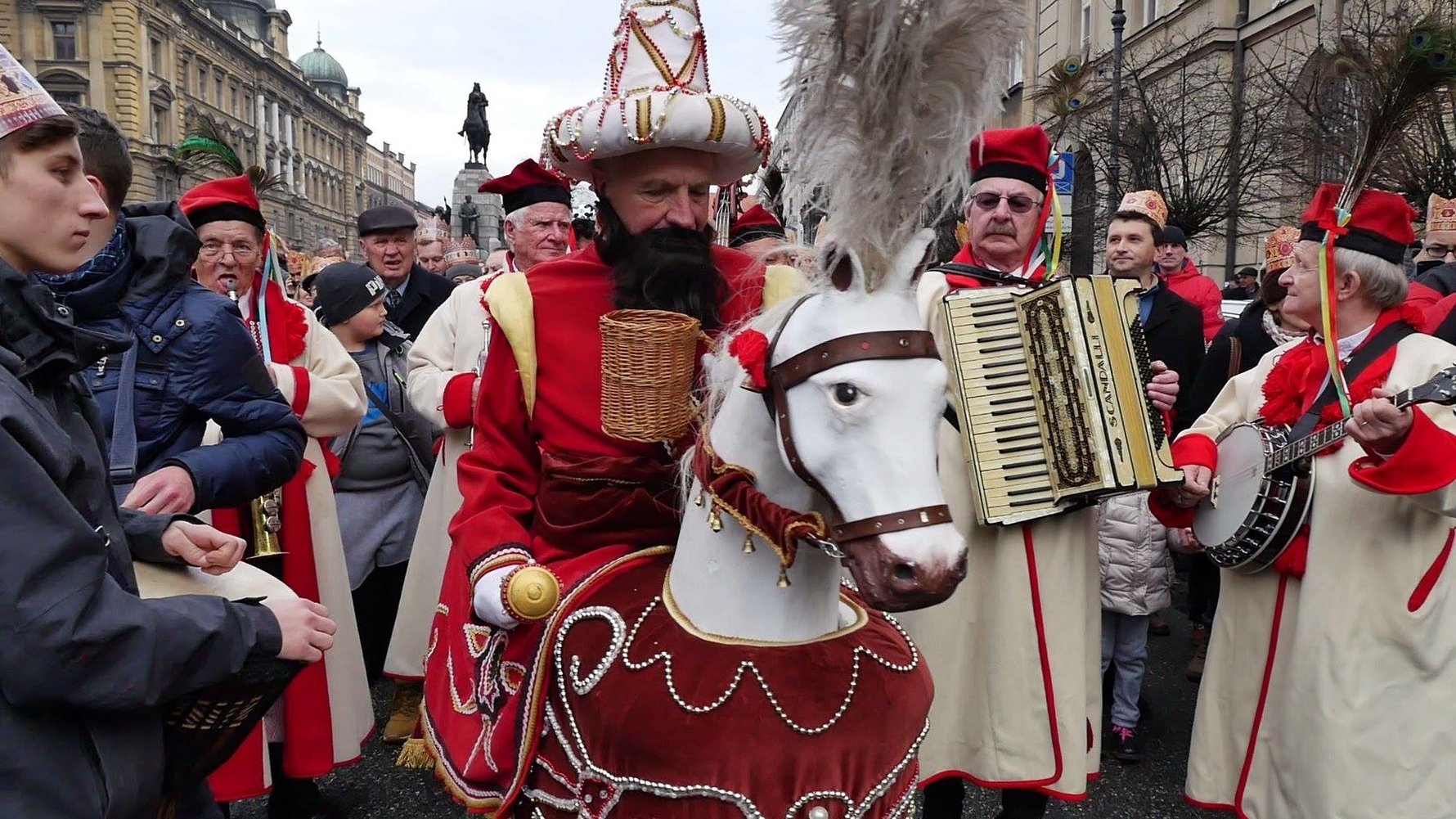 Dressed (to a design by none other than Stanisław Wyspiański) in richly embroidered red robes, a tall, pointed hat that could have been nicked from the Harry Potter costume box, and an embellished black bushy beard and eyebrows, Lajkonik (literally ‘hobby horse’ in Polish) would look ridiculous enough without the horse protruding from his abdomen. Pythonesquely prancing about town on his own two feet, the merry, mock-mounted rider brandishes a golden mace which he uses to bash eager spectators on the head for good luck and collect ‘ransoms’ in the form of food and booze from local shopkeepers, en route to his rendezvous with the mayor on the market square. Accompanied by his misfit band of eccentrically dressed musicians and revellers who assist him in procuring bribes during his various, sometimes protracted pit-stops, Lajkonik is so beloved he basically has carte blanche to do whatever he wants along the procession route, which traditionally begins around noon at the Kraków Water Plant (ul. Senatorskiej 1), arriving at the Norbertine Monastery around 13:30, then winding through Salwator and down ulica Zwierzyniecka to arrive at the market square after 19:00, where the merry prankster isn’t necessarily expected to arrive sober. Once there he is hailed by the city’s mayor, who hands over a pile of ransom money and a ceremonial chalice, and the two lead the city in a toast to Kraków’s sustained salvation and long-term longevity. Huzzah!

Though he appears in person only once a year, Lajkonik’s likeness can be seen all over town in souvenir stalls, on food product packages, and the logos and names for various restaurants and hotels. As an adopted symbol of the city, Lajkonik perfectly captures Kraków’s unique cocktail of history and legend, tradition and irreverence, spectacle and spirits. Our hero...