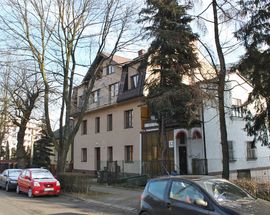 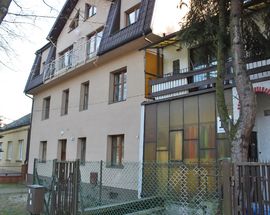 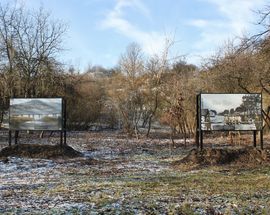 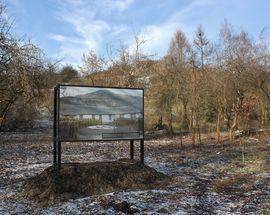 While most buildings associated with the camp were demolished near the end of the war, two pre-war buildings just inside the gates remain standing on the left side at ul. Jerozolimska 8 and 10. Though since renovated, altered and no longer retaining the appearance they originally had, these two connected buildings once held the camp's main guard post, telephone systems and radio broadcasting systems. For a brief period they also served as camp commandant Amon Goeth's quarters, before being converted into a clubhouse for SS officers, whose extensive barracks were located just down the street - essentially next door and across from the Grey House; a long, colourful communist-era block of apartments stands there today.

Across the street from the Guardhouse and SS Club stood the horseshoe-shaped SS Headquarters, with a courtyard used for roll-call and assemblies. Two recently placed historical markers here show photos of the SS Headquarters and main entry gate of the camp.