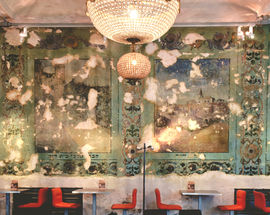 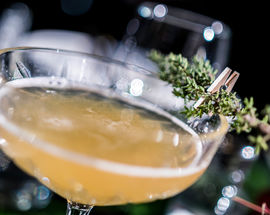 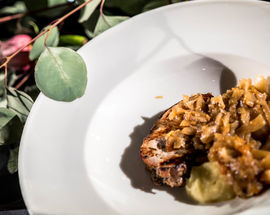 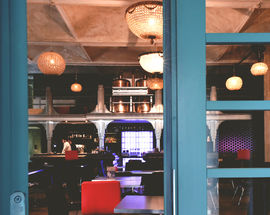 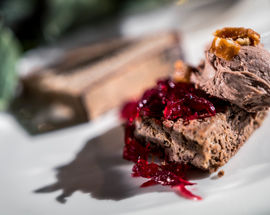 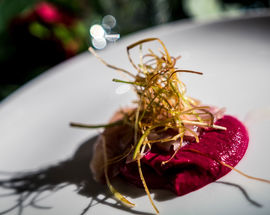 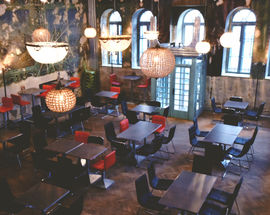 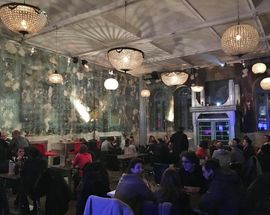 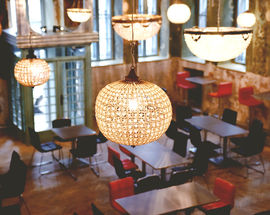 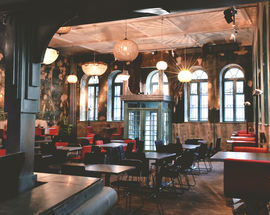 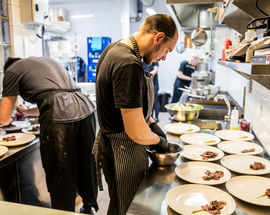 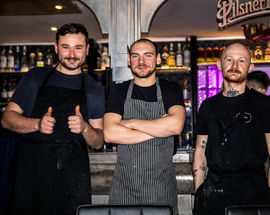 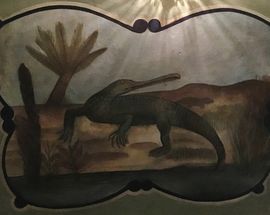 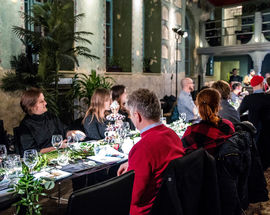 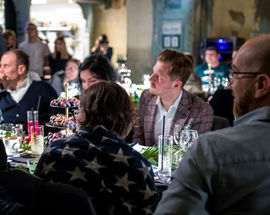 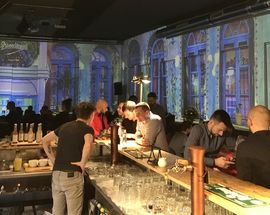 Standing literally at the crossroads of Jewish and Catholic culture in Kraków (as symbolically represented by the intersection of Corpus Christi and Rabbi Meiselsa Streets), this 19th century Jewish prayer house had long been a bone of contention in the community with regard to how it should (and shouldn't) be used. Now in the hands of the same team behind Alchemia and Bunkier - two of Kraków's best-loved cafe/bar/restaurants - it has been reopened in much the same spirit as those venues. Badly damaged during WWII, many of the original architectural elements are still in place, including traces of the once-extensive original frescos on the patchy, peeling walls. With plenty of space, high ceilings and what we presume is the original mechitza (a balcony used to separate men and women in Jewish temples) above the ground floor bar, there's a real feeling of history here, not to mention a social, uniquely Cracovian atmosphere.

In addition to seasonal signature cocktails, the bar is the only place in Kraków to serve unpasteurised Pilsner Urquell beer from the tank - and they do so in four ways, depending on how much you appreciate beer foam. A menu of unique Jewish-Galician cuisine is also served, from stellar breakfast options (served 09:00 - 13:00) to late night appetisers (served until 01:00). On Friday and Saturday nights, Hevre twins as both a laid-back low-light Kazimierz dram house and a dance-party destination when they open the upstairs and basement levels for DJ-driven rave-ups.

ul. Meiselsa 18
/krakow/hevre_153110v
This former Jewish prayer house has been transformed into one of Kraków's most evocative and complete venues: a trendy bar, cafe, restaurant and even weekend club. With antique chandeliers, peeling frescos and Beach House grooves from the speakers, th
see more

/krakow/ul-meiselsa_151464v
Following the prescribed trail brings you to ul. Meiselsa, or 'ulica Rabina Beera Meiselsa' to give it its full due, so named after Dow Ber Meisels - Chief Rabbi of Kraków from 1832 to 1856, and then
see more