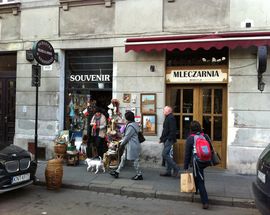 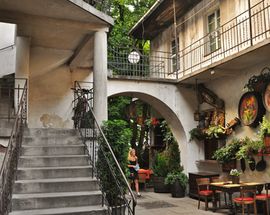 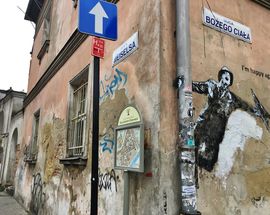 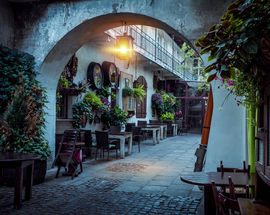 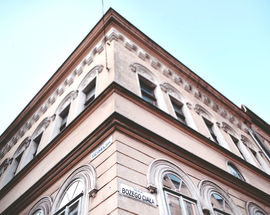 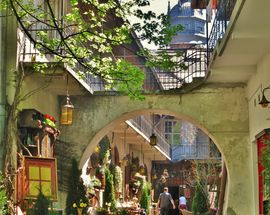 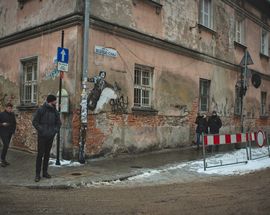 Following the prescribed trail brings you to ul. Meiselsa, or 'ulica Rabina Beera Meiselsa' to give it its full due, so named after Dow Ber Meisels - Chief Rabbi of Kraków from 1832 to 1856, and then Chief Rabbi of Warsaw until his death in 1870. Deeply involved in local politics, Meisels was a Polish patriot and nationalist who fought to abolish discriminatory laws against Jews, was vocal about Polish-Jewish cooperation and supported Polish independence. In Kraków with Catholic support he served on the Senate and even represented the city in sessions of the Austrian Parliament in Vienna. In Warsaw his outspoken support for the Polish cause leading up to the January 1863 Uprising led to persecution from the Russian government and multiple periods of forced exile; his funeral in 1870 became a large Polish-Jewish demonstration against Russian rule.

At the symbolically loaded corner of ul. Meiselsa and ul. Bożego Ciała (Corpus Christi Street), Judaism and Christianity inexplicably intersect. A 19th century Jewish bathhouse is today Hevre - a hip bar and restaurant, while catty-corner is a mural of Gene Kelly singing in the rain, before you reach a picturesque passageway on the right made famous in scenes from Spielberg’s Schindler’s List (ul. Meiselsa 17). Next door is Mleczarnia - the neighbourhood’s best warm weather beer garden - before reaching the Judaica Foundation and Plac Nowy.
Show on map

ul. Meiselsa 17
featured
/krakow/judaica-foundation_16508v
Located inside a former Jewish prayer house which was in operation from the 1880s up until WWII, this building was saved from ruin, renovated, and opened as a Jewish cultural centre in 1993. Today it subsists on a steady diet of lectu
see more
Featured

ul. Meiselsa 18
/krakow/hevre_148449v
Standing literally at the crossroads of Jewish and Catholic culture in Kraków (as sy
see more

Singin' in the Rain

ul. Bożego Ciała 18
/krakow/singin-in-the-rain_132376v
A stencil of the iconic image of Gene Kelly singin' in the rain ("I'm happy again!") has graced this corner since spring of 2014.
see more