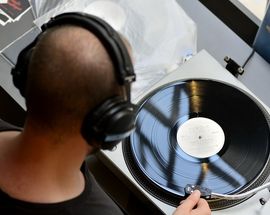 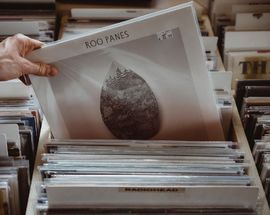 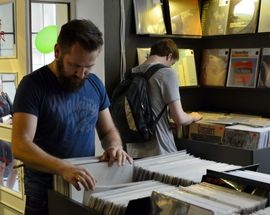 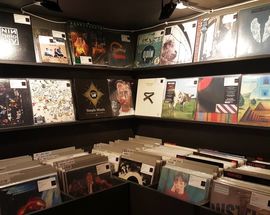 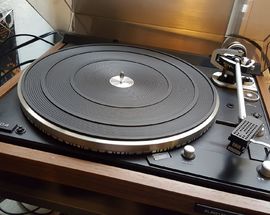 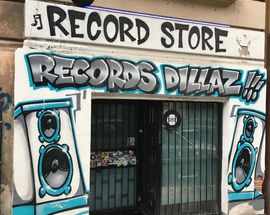 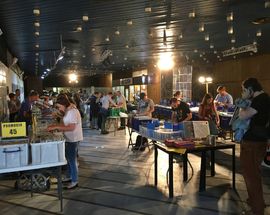 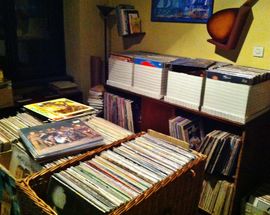 In this era of streaming digital music, many have fallen in love again with the more deliberate listening experience and tactile, collectors' appeal of vinyl records, not to mention the old refrain that vinyl still provides the best sound quality of any music format (though we're not convinced most of those making this claim can hear the difference, including ourselves). Contemporary Poland has embraced vinyl like never before, and the number of independent record shops in Kraków has doubled recently. Kazimierz is certainly the district in which to go crate combing; in addition to the best brick and mortar music shops in town, merchants sell used records on Kazimierz's Plac Nowy every day. Also keep an eye out for vinyl record fairs on the weekends, in which dozens of merchants participate. Happy hunting!


The Best Record Stores in Krakow


Named after the classic Beasties album, this is Kraków's best record store for vinyl enthusiasts. At Paul's the records are well-protected, clearly labelled and priced and easy to browse. After years of being cramped into a 20m2 space, this cult crate-digging destination has gone full surround-sound by moving into a much roomier space in Kazimierz. With not a compact disc in sight, find several listening stations and a decent selection of used classics, but the emphasis at Paul's is on new records from the 90s to today, especially hip-hop, indie and electronic music. If you're looking for something specific, you can quickly determine if it's in stock, which shouldn't be taken for granted; and of course they can order anything you want.
ul. Bożego Ciała 24 | www.paulsboutique.store | FB

Despite the fact that we know this place will rub some the wrong way (or rather, some will rub this place the wrong way) we have to give the second spot to High Fidelity. This small, charming shop behind the Temple Synagogue in Kazimierz has no proper sign, no steady opening hours, no website, no FB page. Though it's a wonder how it stays in business, it's a clear labour of love for Piotrek, the proprietor. A noted eccentric, he runs the shop like it's his living room; if he doesn't like your taste in music or the general cut of your jib, he might ask you to leave (seen it happen). On the other hand, he's friendly, loves company and loves talking about music, so enter with what he deems the right attitude and interests and you might make a fast friend. If you enjoy nothing more than rummaging through crates of old vinyl records, this is the shop for you. With hundreds of fairly priced pressings by quality artists (there's a grateful lack of random flea market crap here) organised by genre, you won't find a better, more extensive selection in Kraków than here.
ul. Podbrzezie 6

We're not sure about the name here; we assume it's an attempt to be hip and urban (Record Dealerz?) that turned into a grammar fail. Still there's a lot of charm in this tiny shop on the fringes of Kazimierz, which specialises in vinyl, with crates of classic rock, soul and funk, hip-hop, indie rock, the latest club-bangers, DJ samples, and more; plus some CDs, t-shirts and culture zines as well.
ul. Berka Joselewicza 11 | www.recordsdillaz.com | FB

Where to Buy Vinyl Records in Kraków

/krakow/plac-nowy_50382v
This historic square was a Jewish market in the pre-war days, with its rotunda serving as a kosher slaughterhouse. Today you'll still find butcher shops …
see more