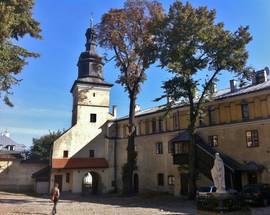 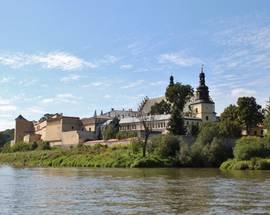 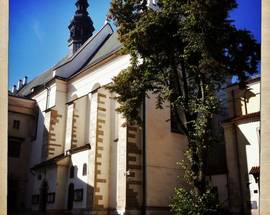 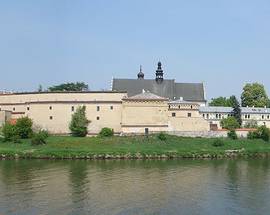 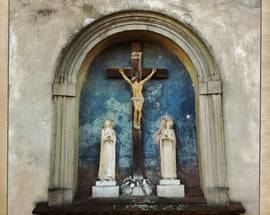 Founded by the once-powerful Premonstratensian Sisters of Saint Norbert’s in 1148, this fortified monastery has been destroyed and rebuilt several times throughout the centuries, seemingly irresistible to the marauding Tartar hordes whose proficiency at razing architectural marvels has been well noted by history. The structures seen today within the monastery’s many courtyards and high, crenellated walls were rebuilt at the turn of the 17th century and the interiors date to the 18th century. The baroque Church of St. Augustine & John the Baptist (open during mass only) can be entered through the 13th century Romanesque portal beneath the tower or through the outer courtyard. There have been two sisters canonised from the Cracovian order of Norbertine Sisters, Saint Emilia Podoska and Saint Bronisława – renowned for her righteousness. Some of Kraków’s most important traditions are also connected with the monastery: here and along the banks of the Rudawa the Emmaus festival has been celebrated every year since the 12th century on the Monday after Easter. It is also from here that the Lajkonik procession – the foremost symbol of Kraków – sets off each year in June, due no doubt to the convent’s magnetism towards Tartars. 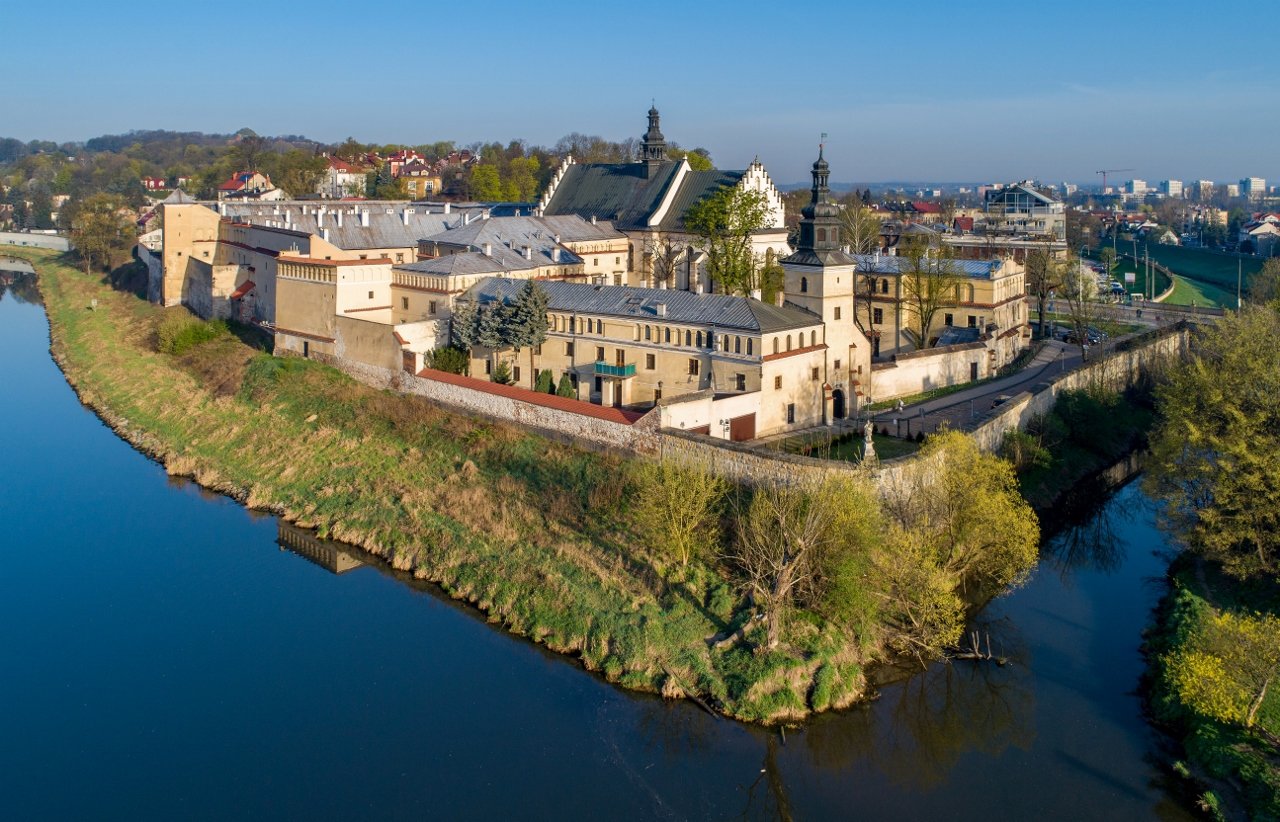 As with most ancient Cracovian landmarks, there are a fair few legends associated with the Norbertine Monastery. The first is to do with Saint Bronisława herself, who after being visited by the Holy Spirit and warned of an impending Tartar attack (which back in those days was a bit like having the Lord tell you that the sun was going to come up tomorrow), managed to rally the Sisters to safety in the adjacent hills which now bear her name. The monastery was of course destroyed and Saint Bronisława spent the rest of her days mending the spirits of those sceptical of a God that would send Tartars to burn their homes every damn weekend. She died in 1259.

Another legend regards the Norbertine Cathedral bell and its mournful, murky tone. Story goes that between attacks by the Tartar hordes, a punishing storm struck the area destroying a nearby ferry crossing. As the Good Sisters lay dreaming of the swift new boat they would soon put in the water, they were awoken by the Tartar alarm (something like a cat being strangled) to witness all the merchants of Zwierzyniec hastening to the ferry crossing to escape the mounted brutes hot on their heels. Finding no such ferry all the merchants were skewered or drowned in the Wisła River, except for one who could swim apparently. To honour his extinct people, the lonely merchant commissioned a bell for the tower of the Sisters’ ravaged monastery. After several failed attempts to cast the bell, the bell-maker took his own life ashamed of the crack that kept appearing on its surface. Sans bell-maker, the Sisters accepted the flawed bell interpreting it as a symbol of the fractured lives of those it was meant to remember. Once erected atop the chapel tower, the Tartars swiftly arrived to toss the bell into the river (those jerks!). Legend claims that each year on St. John’s Night (June 23rd) the sunken, beleaguered bell can be heard tolling its Tartar-cursing chime until midnight when the clock on the Market Square sounds.

ul. Św. Bronisławy 8
/krakow/chapel-of-st-margaret_97688v
This unique octagonal chapel is one of only three wooden temples left in Kraków. Originally built as a cemetery chapel, throughout its long history it was burned many times (wonder how that happened?) with its present structure having been built in 16
see more

Church of the Holy Saviour

ul. Św. Bronisławy 9
/krakow/church-of-the-holy-saviour_97689v
One of Kraków’s oldest and most modestly beautiful churches, the Church of the Holy Saviour stands atop an early Slavic temple. In fact, archaeologists have dated this site as far back as the 10th century and some have even posited that it may be the
see more

13.06.2020
John Patrick
Krakow
Very informative and funny!
Take your guide with you Download a pdf