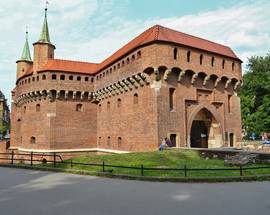 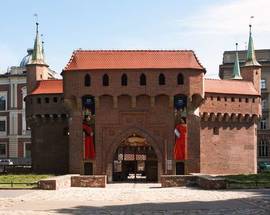 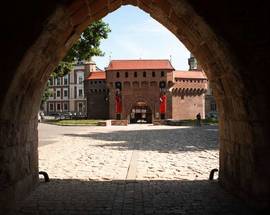 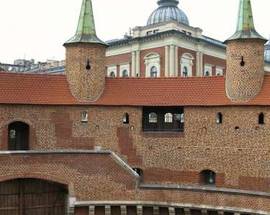 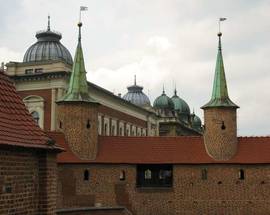 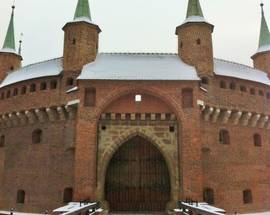 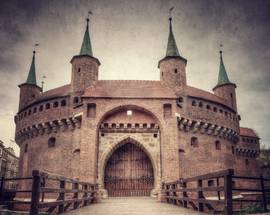 The showpiece of the city's medieval defences, the Barbican was built at the end of the 15th century to protect Kraków's main entrance and was connected to the Floriańska Gate via a drawbridge over the moat that surrounded it. 24.4 metres in diameter with walls 3 metres thick this masterpiece of medieval military engineering proved impenetrable and today stands as one of the only surviving structures of its kind in Europe; certainly the most well-preserved.

Built in Gothic style, the Kraków Barbican is topped by seven turrets and includes 130 defensive slots used by archers and riflemen. One of the structure's most famous legends comes from 1768, when local burgher Marcin Oracewicz defended Kraków from the Russians during the Bar Confederation by shooting their commander Colonel Panin dead with a coat button from his position within the Barbican; a plaque on the eastern side of the fortress commemorates the incident and Oracewicz's monument can be seen outside the Celestat Museum. 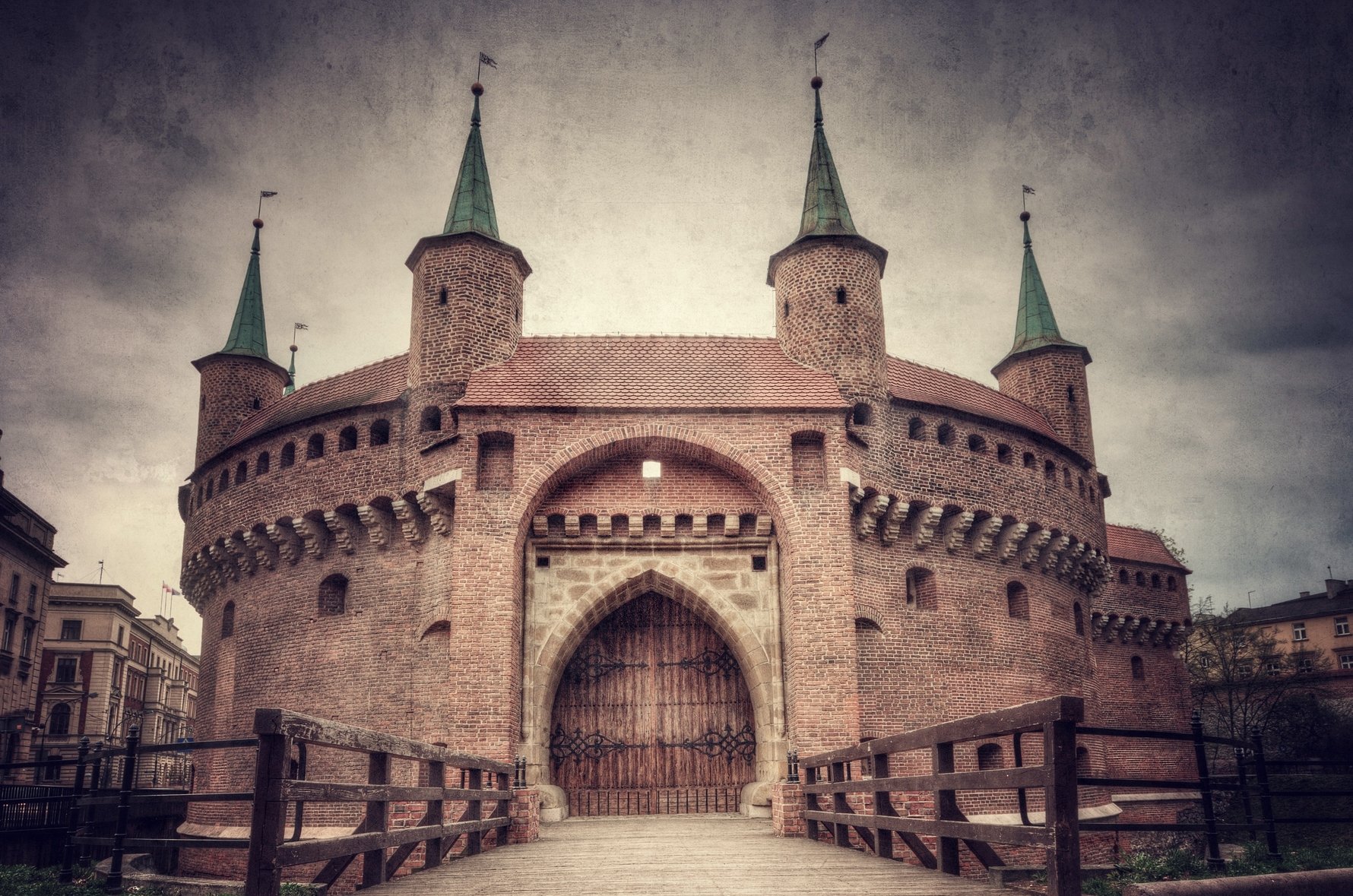 Today the Barbican is used for various special events (medieval pageants, jousting contests) and can be visited as an outdoor museum from April until the end of October, where you'll learn the history of Kraków's defensive walls. As the bastion is often empty, it makes a fantastic place for a game of tag or an outpost for spying on passersby, however beware the gruesome sight of pigeons who have inadvertently lynched themselves in the netting meant to keep them out of the turrets. We guarantee you'll see at least three, which only adds to the medieval ambience of this place.

ul. Lubicz 16
/krakow/celestat_17097v
This rather bonkers branch of the Museum of Kraków, located in a small park near the bus station, is dedicated to the history of the uniquely Cracovian 'Fo
see more

ul. Pijarska
/krakow/city-defensive-walls_56095v
This small, seasonal 'museum' (open from April until the end of October only) is in turns uninformative and overly informative, but basically it gives you a chance to climb around what's left of Kraków's 13th century defensive walls. Pass a few silly
see more

ul. Floriańska
/krakow/florianska-gate_142923v
Across from the Barbican - to which it was once connected via drawbridge over the city moat - stands the iconic Floriańska Gate. Erected in 1307, this Gothic gateway tower and its adjacent
see more

ul. Basztowa
/krakow/jan-matejko-monument_123080v
Unveiled in November 2013, this monument pays homage to one of Poland's greatest painters, and one of Kraków's most beloved sons: Jan Matejko (1838-1893). 2013 was not only the 175th anniversary of Matejko's birth in Kraków, but also the 120th anniver
see more

ul. Floriańska
/krakow/ul-florianska_19972v
Marking the edge of the Old Town is Floriańska Gate. Completed in 1307 the gateway is one of the few s
see more