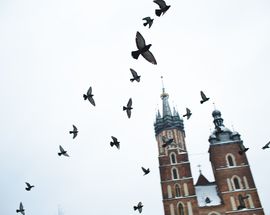 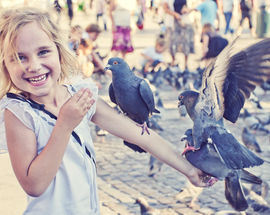 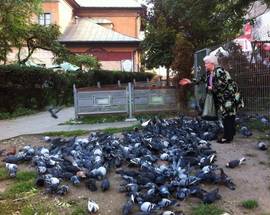 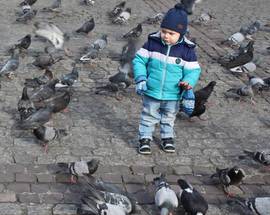 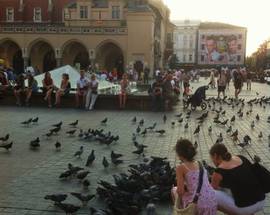 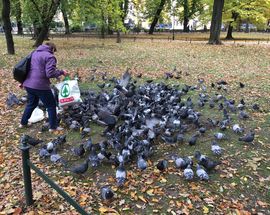 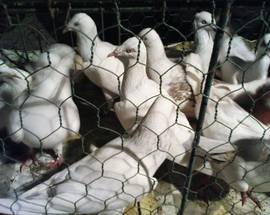 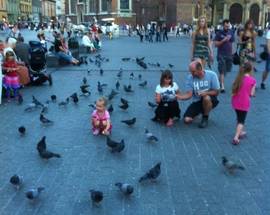 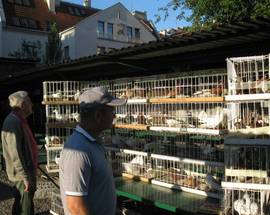 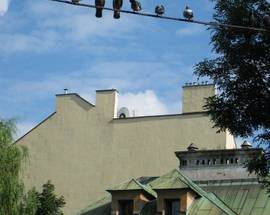 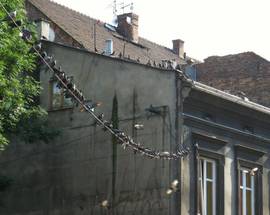 Reviled by some [raises hand], revered by others, Kraków has more pigeons than any other city in Europe, with the possible exception of Venice. Known as 'gołabki' in Polish, it’s no secret that Poles absolutely adore pigeons, naming various streets 'ulica Gołębia' in their honour and creating the cherished national dish ‘gołąbki’ in their image. Nearby Katowice made headlines in 2006 when the roof collapsed on a crowd of 700 people attending the National Pigeon Exhibition, while in Kraków, breeders and buyers flock to Plac Nowy every Friday morning for the weekly pigeon market (a sight to behold, believe us). Every local family has a home video of their kids on the market square covered head to foot in flapping birds, as well as a granny who hoards food from them to feed the flying vermin. If you’re wondering why an invasive, potentially disease-spreading bird, which does nothing but dirty the streets and has driven almost all other indigenous ornithological life out of the city, is treated like such nobility by the citizens of Kraków, well, here’s a popular local legend that might help explain it.

The Legend of the Pigeons of Kraków

(as retold by Kraków IYP)

Long, long ago Poland was a large glorious kingdom, until King Bolesław the Wry-mouthed buggered his final will and testament by dividing the kingdom between his five sons in the early 12th century, leading to almost 200 years of feudal fragmentation across Poland. Though Kazimierz the Great would eventually succeed in reunifying the kingdoms, there were those before him who also aspired to draw the five kingdoms under a single crown again.

One so bold was High Duke Henryk Probus, who ruled Kraków in the 13th century. The problem with reunifying Poland was that it required the personal blessing of the Pope, and with an empty treasury and little support from the local nobility Henryk lacked the resources for the long, expensive journey to the Vatican. With nowhere to turn, the desperate Duke sought the help of an old sorceress living in the wilds beyond the city gates. The sorceress agreed to give the King the wealth he desired, and see to it that he travelled to Rome in all the splendour befitting a powerful monarch. However, there was one condition: that Henryk travel alone without his army, which would remain at rest in Kraków until his return. The terms were thus agreed, and a date set for a meeting on the market square, when the sorceress would make good on her end of the bargain, and the Duke would set off on his journey in grand style.

However, when the sorceress appeared on the market square empty-handed on the Duke’s departure day, the incensed ruler ordered his guards to apprehend the old hag. As the soldiers approached the sorceress, she made a quick motion of her hand and suddenly the Duke's guards and entire assembled army were transformed into pigeons! Flying upwards in one enormous flock, the birds began to peck and claw at the towers of St. Mary’s Basilica, dislodging small bits of brick and stone which rained down and turned into brilliant pieces of gold upon hitting the ground. Filling purse after purse with the treasure, the ecstatic Duke hastily set off alone in the direction of Rome, as instructed. Along the route, however, he couldn’t help wasting his new wealth on extravagant meals, mead and maidens at every opportunity. With no one to watch his frivolous spending, the Duke awoke one morning to discover he was virtually penniless. Too ashamed and destitute to return to Kraków, the once-and-future ruler never did, however his faithful army remains, waiting for his return to restore their human form, along with the former glory of their kingdom.

And that, dear readers, is why Kraków’s pigeons are protected just as much as any other aspect of the historic market square they obscure – because they’re the noble knights of days gone by, and in this city, chivalry still prevails.