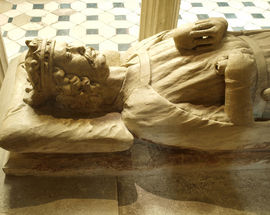 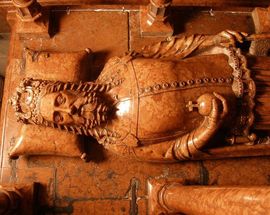 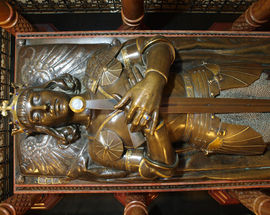 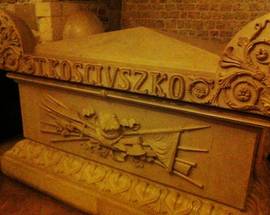 While all Poland's pre-16th kings were buried beneath or within their hulking sarcophagi still on view in the Cathedral today, that trend stopped in 1533 when King Sigismund I had his wife interred in a purpose-built underground vault. He joined her in 1548 and the crypts were expanded in the 16th, 17th and 18th centuries to house the remains of nine more Polish kings, their wives and, in some cases, their children thereafter. Upon the demise of the monarchy (and kingdom itself), the honour was extended to statesmen with Prince Józef Poniatowski (1817), Tadeusz Kościuszko (1818), poets Adam Mickiewicz (1890) and Juliusz Słowacki (1923), Józef Piłsudski (1935) and General Władysław Sikorski (1993) all securing themselves a place here. Most recently - in April of 2010 - the late President Lech Kaczyński and his wife Maria were controversially interred here after the tragedy in Smoleńsk; admission to their tomb (and that of Piłsudski) is free. Descend the stairs inside the Cathedral into the remarkably chilly chambers, beginning with the 11th century St. Leonard's Crypt - the best Romanesque interior in PL; the exit deposits you back outside.

Rynek Główny
/krakow/adam-mickiewicz-monument_31309v
One of the most important statues in Poland, the large likeness of the romantic poet and national hero Adam Mickiewicz (1798-1855) was originally unveiled in 1898 to celebrate the centenary of the great man’s birth, and, like so many other symbols of
see more

Wawel 3
/krakow/cathedral-ticket-office_72223v
The Cathedral and the Castle have different ticket offices. Tickets for the Ca
see more