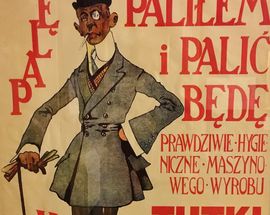 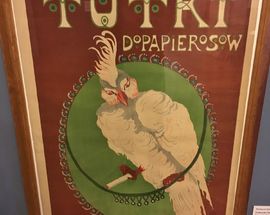 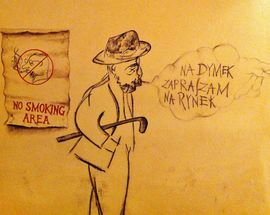 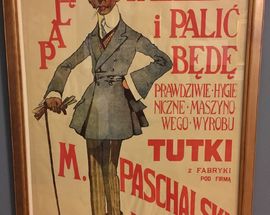 Once synonymous with smoke-choked, candlelit cafes and bars, ten years ago Kraków could be characterised as a smoker's paradise. Cigarettes were super cheap, smoking was permissible pretty much everywhere, and as a result the city's nightlife had a noirish atmosphere that many were just as attached to as the nicotine it encouraged them to inhale. Whether a smoker or not, coming home from a night out smelling like an ashtray was a fact of life few people gave much thought to (much the same way that smog was not in the daily public consciousness until recently).

After holding out to be one of the few remaining EU countries with no prohibitions on smoking, in November 2010 Poland finally put a law into effect limiting smoking in public places. Smoking tobacco products and e-cigarettes is now completely banned on public transit, transport stops and stations, schools and universities, workplaces, sports arenas and other places where the public gather. [Violators are supposedly subject to a 500zł fine, though we've never seen such a thing enforced, particularly at transit stops where the lines are blurry.]

In the case of cafes, bars, clubs, restaurants and other public places, however, the law states that there can be a separate room for smokers as long as it is ventilated and closed off from the other public areas. As a result, many venues now feature small smoking sections, but you'll find that many of them feel like closets, and are lacking in atmosphere. Also, the confined space makes the smell of smoke itself almost unbearable, such that you'd rather stand out in the cold than in the designated area, or finally quit smoking altogether (god forbid).

On the flip side, however, some venues have flouted the law and done just the opposite, giving the majority of their space over to smokers, with only a small area set aside for non-smokers. In this way there are still many venues that capture the hazy atmosphere and reckless pre-EU vibe of yesterday's Kraków. If you're a smoker looking for a bar where you won't feel ostracised for lighting up, this list is for you - below we offer (in no particular order) our favourite bars, cafes and Dostoevskian dram houses where smoking is still perfectly acceptable (without stepping outside, or into a small cancer cubicle).

[Note that on our website it's easy to determine which venues have a designated space for smoking. On the main Cafes, Restaurants and Nightlife chapter pages, simply click 'Show all' below 'Our most popular categories' and then choose 'Smoking place' from the Amenities menu to sort the desired results. Bear in mind, of course, that 'Smoking place' only applies to indoors. Smoking is still allowed in gardens and outdoor seating areas, so it is safe to assume that during the warmer months you can smoke comfortably in any of the venues that display when you select 'Outside seating' from the Amenities menu.]

The Best Bars in Kraków for Smokers

ul. Izaaka 1/1
/krakow/Kraina-Szeptow_54068v
Typically Kazimierz, this friendly, two-floor, laid-back cafe/bar is as good as any for filing away at the fiber of your youth. The nostalgic burden of the …
see more
Clubs

ul. Sławkowska 12
/krakow/jazz-rock-cafe_16623v
Among the things we'll never really understand are the name of this club and its enduring popularity. Packed full of students who look like they've been …
see more
Bars & Pubs

ul. Św. Krzyża 4
/krakow/klub-re_16590v
Your standard Cracovian cellar bar in most respects, Re is a stand-out for two reasons. The first is its success in bringing touring international acts to …
see more
Bars & Pubs

ul. Sławkowska 16
/krakow/krakowskie-zakaski_163106v
This hole-in-the-wall dive bar features one of Kraków's largest hidden gardens, tucked in the back of a tenement off ul. Sławkowska just minutes from the …
see more
Bars & Pubs

ul. Stolarska 6
/krakow/pierwszy-lokal_16350v
Known for its labourious, unmemorisable name, this cafe/bar opens early to offer breakfast, serving sandwiches and their own hummus throughout the day. One of …
see more
Bars & Pubs

ul. Nadwiślańska 1
/krakow/drukarnia_55419v
What began as a cosy cafe and jazz club has morphed into something much more thanks to persistent expansion, and remains basically the first and last port of …
see more
Bars & Pubs

ul. Floriańska 16
/krakow/swieta-krowa_55591v
One of the most laid-back bars in the Old Town, Święta Krowa is an intoxicating alchemic elixir of alcohol, incense, candlelight, cloves and ambient eastern …
see more
Bars & Pubs

ul. Szewska 25
/krakow/klub-kulturalny_16585v
One of ul. Szewska's most laid-back locales, this odd underground bar features cheap drinks and an indie student vibe. The soundtrack is heavy on rock and …
see more
Bars & Pubs

Mały Rynek 4
/krakow/albo-tak_16337v
A charismatic upstairs hangout awkwardly accessed via a staircase in the new age bookshop on the ground floor. As such it feels a bit like an in-the-know …
see more
Clubs

ul. Floriańska 45
/krakow/jama-michalika_16349v
Not so much a cafe as a lesson in local history. Established in 1895, it was in this very establishment that Młoda Polska - Poland's Art Nouveau movement - was …
see more
Bars & Pubs

ul. Felicjanek 10
/krakow/cafe-szafe_48196v
Owned by two amiable artists, Café Szafé has a warm, inviting atmosphere unique to most Kraków bars - a trait which has endeared it to locals and expats alike. …
see more