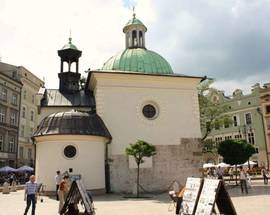 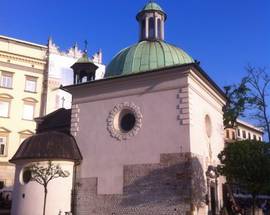 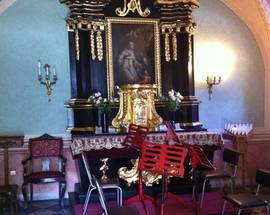 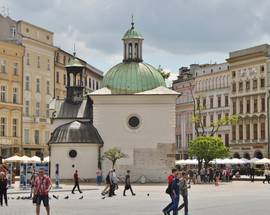 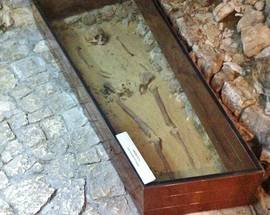 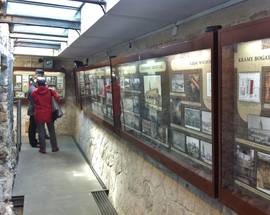 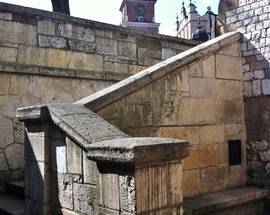 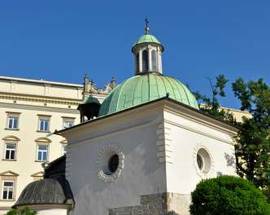 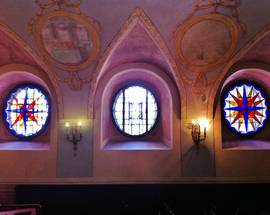 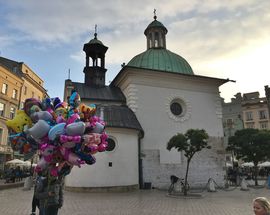 Kraków’s oldest church sits not unlike a lost orphan at the southeast corner of the market square - a mad mix of pre-Roman, Roman, Gothic, Renaissance and Baroque architecture. The earliest parts of the building date to the 11th century, thus pre-dating the Rynek and explaining its seemingly random position within it. St. Adalbert had his own cult following at the time, which explains how it managed to survive. If it's open, a look inside is interesting, not least because the floor sits some two metres below the surface of the main square. There's a small, separate, Polish-only exhibit hosted by the Archaeological Museum about the history of the church and market square (a poor man's version of the Rynek Underground Museum, and open May until end of Sept only, 10:00-16:00, closed Sun; admission 4/2zł, Mon free).