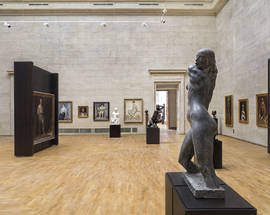 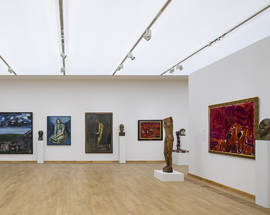 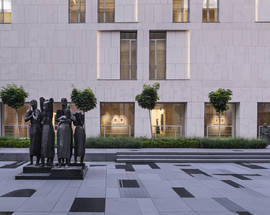 The newest museum building in Bulgaria – the National Gallery – opened on May 25, 2015 in the building of the former State Printing House on Alexander Nevsky Square. Almost 2,000 artworks from the gallery’s rich fund of over 42,000 pieces by Bulgarian and foreign artists, are exhibited in 28 halls on four levels. The Bulgarian collection dates back to the 1890s, while the greater part of the foreign collection was formed in the 1980s.

The idea of housing a national gallery in the complex of buildings that includes the National Gallery of Foreign Art and the vacated wings of the Technical University with its entrance across from the Vasil Levski monument, began to be developed in 1999. The public tender for the design of a modern museum centre was won by the architect Yanko Apostolov in 2010. The Bulgarian Ministry of Culture signed a contract for EU funding under the Regional Development Operational Programme.