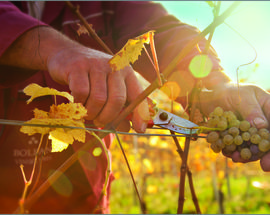 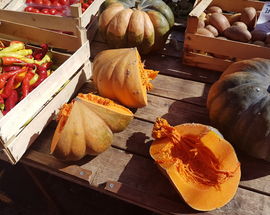 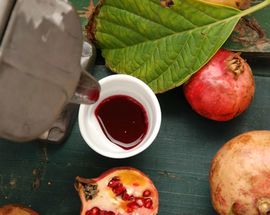 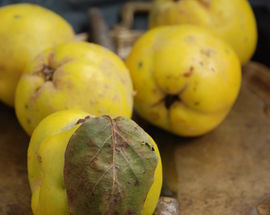 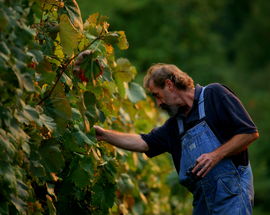 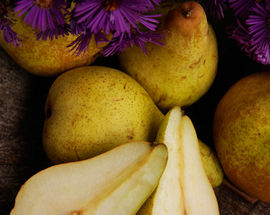 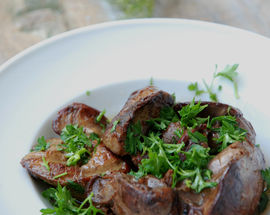 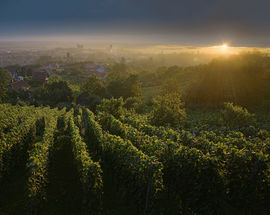 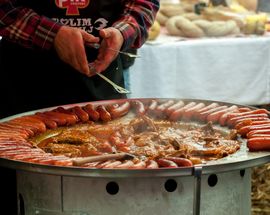 If you love your food and enjoy cooking, you won’t want to miss the farmers’ markets. Zagreb has over 20 of them; most neighbourhoods have at least a few stalls selling fruit and vegetables, while at the larger markets you’ll also find meat, fish, dairy produce and a whole lot more.

The charms of open-air markets are known far and wide. Piles of produce gleaming in the sun; the local colour, the lively atmosphere. However, for outsiders it can be a daunting experience. You have to find a way to communicate with the stallholders. While the locals develop relationships with their favourite stallholders over years, you’re here just for the weekend. How can you be sure you’re not short-changed or given spoiled produce?

​Don’t be fooled into thinking that just because this is an open-air market everything is as local as it is picturesque. If you look carefully you can spot the importers – the fruit is a little too regular in shape; the produce is not as fresh as it might be; the produce on sale is out of season and its packaging belies its foreign origins. The beauty of the market is buying veg that was picked early this morning (or yesterday at the latest). It’s travelled into town in a big chequered bag with the lady from the surrounding countryside - these ladies are known as kumice and for their years spent supplying the city’s markets they’ve earned their own statue at the top of the steps on Dolac market (C-2). Or it might be trucked in from the coast where it’s spent its life under the warm Dalmatian sun.

See that bit of mud on the roots of your spinach? That’s a good sign that tells you this is the real deal. This food wasn’t raised on artificial substrate so it’s full of flavour. With a bit of luck it’s not soaked with chemical fertilizers or pesticides either. Look out for people with a slightly motley selection of goods that tell you they’re smallholders, not large-scale traders. Seek out imperfections in the produce – natural food is not all the same size and shape. Look for a nice bit of mud (but not too much water, that’s a trick to add weight on the scales).

The aforementioned Dolac has been feeding the citizens of Zagreb since 1930, and it’s one of the liveliest spots in the city. From 06:00 to around 14:00, it’s full of banter, barter, chatter, shouting and laughter. It’s fringed by cafes and little food outlets; a trip there is an unmissable part of the sightseeing schedule.

If you’re a vegetarian, you’ll want to avoid the meat section where you’ll be confronted by bits of carcass swinging all over the place. The meat market is far from unsanitary but it’s a far cry from the cellophane-wrapped sterility of the supermarket; there’s no kidding you where that pork chop came from. Here you can choose from fresh meat of all kinds, cured hams, bones and tails for your soup, spicy Slavonian kulen (a little like a giant chorizo), multitude salamis and the scourge of children everywhere, offal.

Potentially even more off-putting is the dairy section at Dolac, an enclosed area with an unmistakeably milky aroma. There rows of ladies invite you to taste their wares, and we strongly advise you to do so. Try slivers of supple young cheese (svježi sir), rich sour cream (vrhnje), smoked cheese (dimljeni sir), cheese flavoured with paprika, nettle, herbs or made with goat’s or sheep’s milk (kozji, ovčji sir). Also look out for the Gligora stall selling highly-regarded cheese from Pag island.

A trip to the fish section (ribarnica) is part culinary voyage, part natural history adventure. The creatures of the deep whose gaze you’ll meet you’ve probably never seen before. Along with shimmering crates of sardines are plump pink scorpion fish, exquisite yet ugly monkfish; jumbo Adriatic squid, conger eel, river trout and huge, fearsomely-toothed, delicious and hideously expensive dentex. If you’re not sure how to prepare these things, ask the stallholder who will usually gut them for you and offer advice on cooking. Look for fish with plump flesh and bright (not sunken) eyes. There’s fish to suit every pocket, and the cheapest, the humble sardine (just 20kn a kilo), is the healthiest of them all.

At the far end of the open-air part of Dolac market you’ll find herbal teas and tinctures and traditional craft items such as lace tablecloths, embroidered slippers and wooden toys. Above is a plateau named after Petrica Kerempuh, a literary character. The Kerempuh restaurant is a great spot for a tasty lunch, and the Potepuh café has been the meeting place of artists and intellectuals for decades, including poet Tin Ujević and novelist Miroslav Krleža. In summer, you can buy bedding plants, herbs and other supplies for your garden or window box in this part of the market. Go a little further along Opatovina (C-1) and you’ll find stalls selling cheap clothing.

Down the Dolac steps and towards the square are flower stalls, a mirror held up to the changing seasons. Along with hothouse staples there are always narcissi in the spring, chrysanthemums in autumn, and lavender and sunflowers to help you pay homage to the summer.

As you can see, your shopping spree on Dolac is hard work so you deserve a break. A legendary place for a light lunch is Bistro Amfora, strategically positioned under the arches by the fish market. The place hasn’t changed in the past 30 years; it’s one of the last reminders of Zagreb in years gone by and the locals gather from dawn to chew over the day’s gossip. The smell of frying squid and sardines is irresistible. A main course (we suggest crni rižot, squid ink risotto) and a glass of wine will set you back just a few euro.

The other main Zagreb markets include Britanski trg (A-2) (affectionately known as Britanac), which transforms into an antiques market on Sundays; Trešnjevački plac (H-3) and Kvatrić (Kvaternikov trg J-3) – also largeish markets with good fish sections and much more.

So, pick up your basket and head for the market! Great food, good cheer and some super photo opportunities await you.

Here in Zagreb we’re at the crossroads of a number of culinary influences. For centuries, this was part of the Austro-Hungarian Empire so it’s natural that the Germanic influence is strongest in cooking as in language (you’ll hear plenty of loan words in the local dialect). However, the paprika-infused cooking of Hungary is not far away, and as road networks improve, the travelling time from the coast is ever shorter. Zagreb is a magnet for immigrants from across the country (and beyond), who bring with them fresh approaches to cooking which are adopted with enthusiasm by the locals.

But what is the real Zagreb, in culinary terms? Here are a few examples.

Probably the best known dishes which truly represent Zagreb are purica s mlincima (turkey roast with sheets of baked pasta-like dough that soak up the tasty juices), and štrukli (pasta parcels of soft young cheese boiled and baked in the oven). Then there’s zagrebački odrezak, fried breaded pork stuffed with ham and cheese which, though popular, probably doesn’t quite count as traditional food, but can be worth trying for the stunningly sized portions.

Something you might find on lunchtime menus is eingemachtes (often corrupted to ajngemachtes in Croatian, or named more correctly ujušak. This is an all-in-one meal usually made with chicken meat and offal cooked into a thick and tasty soup with root vegetables and dumplings. Then there’s špek fileki, a hearty stew of tripe cooked with smoked bacon (that’s the špek bit), another lunchtime favourite, especially with the menfolk.

Gwyneth Paltrow would certainly raise an eyebrow or two if you served her with granadirmaš (or grantirmarš, grenadier): boiled potatoes and pasta mixed with onion and bacon cooked in pork dripping, often served with fried breaded meat. An equally carbohydrate-laden treat is ajnpren juha (or prežgana juha) – a roux of flour or oil and fat cooked with water with an egg added at the end. Not only was this nourishing food during tough economic times, it is still reputed to cure a dodgy tummy.

You can try these foods in Zagreb’s traditional-style restaurants – see our Restaurants pages for listings. Or if you’d like to roast a turkey at home, we can recommend locally-reared heritage turkeys from “Puran zagorskih brega”, which you can order on (+385-49) 32 90 66.

Insider Story with Darija feature
The earthquake in Zagreb (1880 - 2020) feature
Neighbourhood Guide: A moment or two on Martićeva feature
see more
Take your guide with you Download a pdf