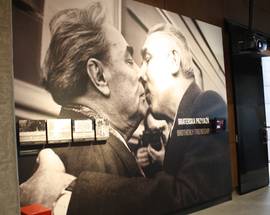 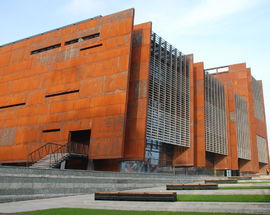 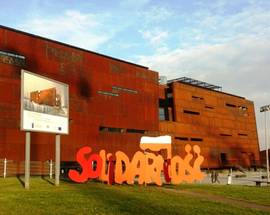 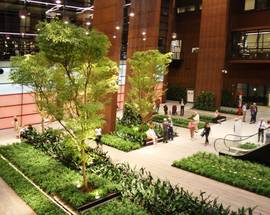 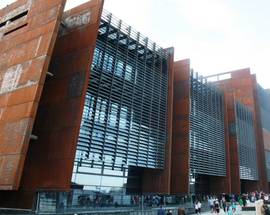 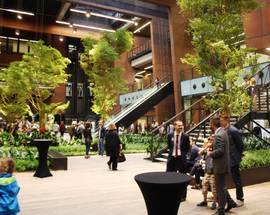 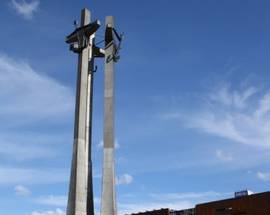 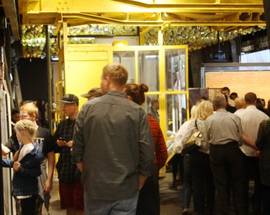 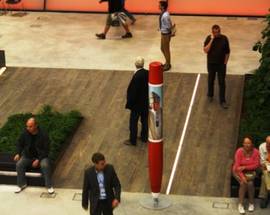 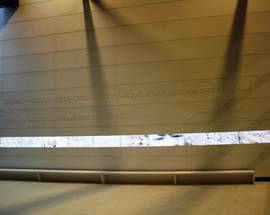 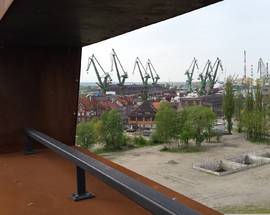 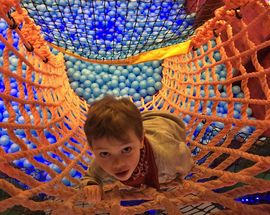 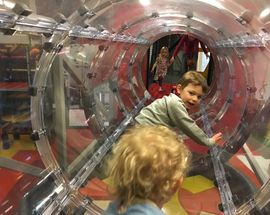 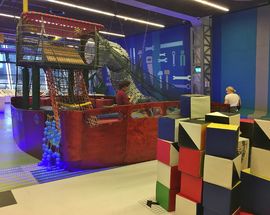 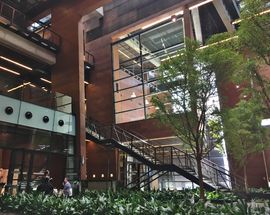 The European Solidarity Centre is just one of the city's top sights and experiences that you can find in our brand new book. See what it looks like here!

This huge 5-storey facility just outside the entrance to the Gdańsk Shipyard was opened on August 30, 2014 - the 34th anniversary of the signing of the August Accords - winning several design and culture awards. Its existence and success provided the impetus for the associated BHP Hall, Gate No. 2, Plac Solidarności and the Monument to the Fallen Shipyard Workers of 1970 to receive the European Heritage Label, which identifies sites which ‘have played an important role in European history and culture, and relate to the idea of uniting, as well as democratic and humanistic values of timeless significance.’ As the new focal point of these sites, the stated aim of the European Solidarity Centre (Europejskie Centrum Solidarność, or ECS for short) is to 'become the world’s centre for the ideas of freedom, democracy and solidarity to be fostered.'

The ECS is free to enter and in addition to its primary function as a museum (not free), also includes the lovely ground-floor atrium filled with trees and greenery, several conference halls, library archives and reading rooms, a gift shop, cafe, restaurant, roof-top terrace with great views of the surrounding shipyards, and the amazing Play Department, which allows you to leave your children in a massive supervised playground that features ball pits, climbing nets and obstacle courses. There is also a restaurant, café and bar on-site, if you're day is busy and you don't have time to dine elsewhere!

The permanent exhibition of the ECS occupies seven different halls over two storeys and a total floorspace of 3,000m2. Combining traditional display methods with some truly impressive state-of-the-art technology, the interactive displays offer a wealth of authentic documents and artefacts, 3D projections, photographs and film footage. The narrative it weaves is a long one, beginning with the story of Anna Walentynowicz, the widespread striking in August 1980 following over a decade of tension, and the birth of the Solidarity movement. Lech Wałęsa's emergance as Solidarity's unlikely leader is well-covered, as is the Polish-born Pope John Paul II's visit to his homeland, reigniting the momentum of the movement, whose knock-on effect would lead not only PL, but all the occupied countries of the Communist Bloc down a road to freedom. In the final two sections, the triumph of democratic elections in Poland leads to the emergence of many independent European nations, as they break away from the crumbling Soviet Union.

With so much to take in (including the rooftop terrace), allow yourself 2 to 3 hours to view the exhibition comfortably. Excellent audio guides are available in Polish, English, French, German, Italian, Russian, Spanish, Swedish, Ukrainian and Norwegian, and can be acquired with the permanent exhibition ticket for 30 zł. There are also audio descriptions for the visually impaired and sign language and loops for the hearing impaired; the entire space is designed to be accessible to all. One of the Tri-city's most important cultural centres, don't skip this one.

ul. Ks. Jerzego Popiełuszki 5 (entrance from ul. Narzędziowców), Gdańsk
featured
/gdansk/100cznia_154640v
What do you do with a bunch of rusting ship containers left in an increasingly derelict shipyard? Turn them into a party zone obviously. Found out past the European Solidarity Centre, this collection of containers has been stacked on top of each other to
see more
Featured

Gate #2 of the Gdańsk Shipyard

ul. Doki 1, Gdańsk
featured
/gdansk/gate-2-of-the-gdansk-shipyard_130042v
The #2 gate of the Gdańsk Shipyard is where Lech Wałęsa stood to announce to the waiting crowd
see more
Featured

ul. ks. Jerzego Popiełuszki 6, Gdańsk
/gdansk/bhp-building_119319v
Just metres from the ECS, the historic BHP Hall is where the meetings during the August 1980 strikes took place, and where the landmark
see more

Monument to the Fallen Shipyard Workers of 1970

Pl. Solidarności, Gdańsk
/gdansk/monument-to-the-fallen-shipyard-workers-of-1970_16205v
Lying right outside famous Gate #2 to the Gdańsk Shipyard, the monument was unveiled in 1980 to commemorate the events of 1970 when 45 people died during s
see more

ul. Stągiewna (corner of ul. Chmielna), Gdańsk
/gdansk/retro-tour-gdansk_150793v
Tours of Gdańsk and beyond with licensed guide Eliza Wasiewicz, who will pick you up from your hotel and guide/drive you herself in her old-fashioned styled, electric-powered limousine. The car can
see more

ul. Doki 1, Gdańsk
/gdansk/u-boat-hall_119320v
SCHEDULED FOR RENNOVATION AT THE END OF 2022 The huge building sat rotting away over on the old town edge of the shipyard is Hala U-Bootow, or U-Boat Hall. It was here that the Danziger Werft company built U-Boats for the German
see more


Could I know about that following conference Islamic world in international relations will be happening there on 21 _22 th November 2018 Could I know name and Email who is Project coordinator for that events
10.04.2018
Gum
Krakow
I spent the day here with my young son while my wife was involved in a conference. He&#39;s too young for the exhibit, but we had a blast in the &#39;Play Department&#39; - a huge interactive play area for kids. You can actually leave a child there under the care of the supervisors while you check out the exhibit. Seriously, every museum should have one.
21.12.2014
Małgorzata Andrzejewska-Bancewicz
Gdansk
Exciting places esp. for young generation and foreign visitors to learn about the life behind the Iron Curtain in Poland and peaceful revolution.Please kindly reserve about 3 hours.Licensed English speaking tour guides available www.trip2gdansk.pl
30.09.2014
Izabella Daszkiewicz
Gdansk, Poland
In October 2014 still free entry. It is worth seeing this exhibition
15.11.2013
Alina

I think that is brilliant and very thoughtful. I want to visit Gdansk next year so a visit to the Solidarity Centre is a must. I Love it!
Put our app in your pocket