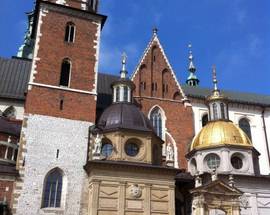 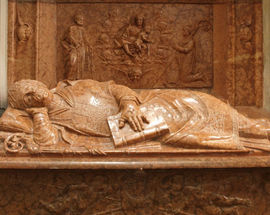 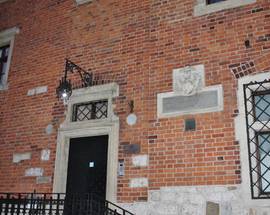 Opened in 1978 by Karol Wojtyła just before he became Pope John Paul II, the fabulous Cathedral Museum features a wealth of religious and secular items dating from the 13th century onwards, all related to the ups and downs of the Cathedral next door. Among its most valuable possessions is the sword deliberately snapped into three pieces at the funeral of the Calvinist king, Zygmunt August (1548-1572) - the last of the Jagiellonian dynasty, as well as all manner of coronation robes and royal insignias to boot. A large monument of Pope JPII stands outside the entrance.

Wawel 3
featured
/krakow/wawel-cathedral_17085v
Ticket is required (the same that covers entry to Zygmunt's Bell, Royal Tombs, chapels: Vasa, Potocki, Świętokrzyska and Zofia, as well as the Cathedral Museum) The scene of the crowning of almost every Polish king
see more
Featured

Wawel 3
/krakow/cathedral-ticket-office_72223v
The Cathedral and the Castle have different ticket offices. Tickets for the Ca
see more