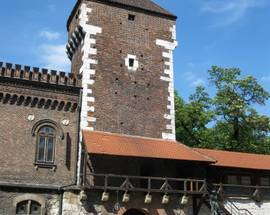 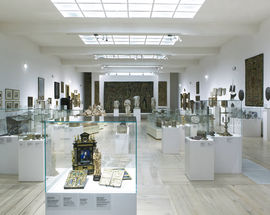 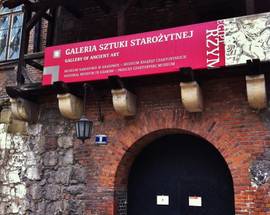 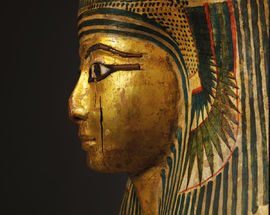 Originally built in the mid-15th century, this space once stored the city's armoury, munitions, cannons and gunpowder. In the 1800s it was rebuilt and expanded into its current neo-Gothic state to hold the vast library and collections of the Czartoryski Princes, until the collection was moved across the street to ul. Św. Marka 17 in the 1960s. Since then Kraków's former Arsenal has been used to showcase various segments of the famous Czartoryski collection, and is again back in that role, after renovations, as the Ancient Art Gallery.

The Ancient Art Gallery brings together three unique collections of ancient art amassed abroad during the 19th and 20th centuries by the Czartoryski family, the Potocki family of Krzeszowice and the Kraków National Museum. On display are artefacts primarily from ancient Egypt, Greece and Rome dating from 3000 BC to the 7th century AD, with highlights including marble sculptures, Egyptian sarcophagi and animal mummies. It's amazing that these items found their way to Kraków and they provide an interesting look at the material culture of the ancient world, but are hardly required viewing for those without a special interest in antiquity.

ul. Pijarska 15
featured
/krakow/czartoryski-princes-museum_17078v
“My homeland, I was not able to save you, let me immortalise you at least.” --Princess Izabela Czartoryska, upon founding the Czartoryski art collection The Czartoryski Princes Museum was Kraków's most well-known and most-visited
see more
Featured