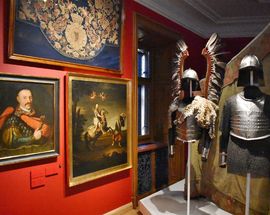 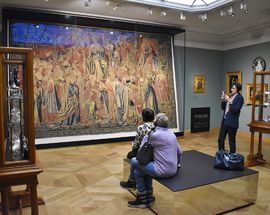 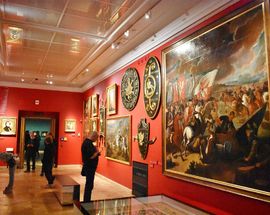 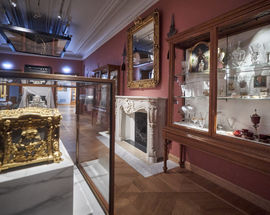 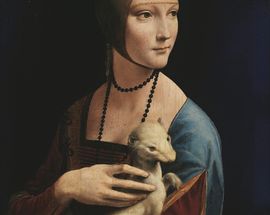 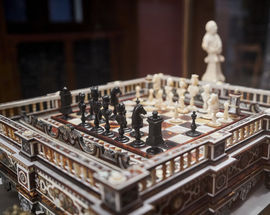 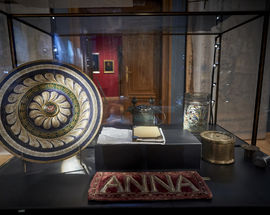 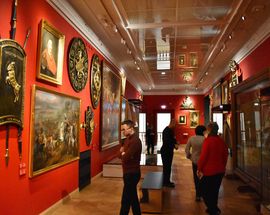 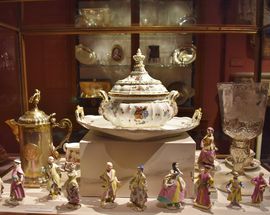 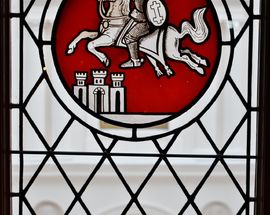 “My homeland, I was not able to save you, let me immortalise you at least.”
--Princess Izabela Czartoryska, upon founding the Czartoryski art collection

The Czartoryski Princes Museum was Kraków's most well-known and most-visited museum when it closed for renovations in 2010. Although much has changed in the city's cultural landscape in the decade since, including the acquisition of the famous Czartoryski collection by the Kraków National Museum in 2017, the legacy of the prestigious Czartoryski Museum still looms large. After years of careful preparation, restoration and modernisation, the Czartoryski Princes Museum finally reopened on December 20, 2019.

History of the Czartoryski Collection

Consisting primarily of paintings by European masters, portraits of Polish nobility, Polish historical documents and national memorabilia, Poland's oldest museum was originally founded by Princess Izabela Czartoryska in 1786 at the Czartoryski family estate in Puławy (eastern PL), which was under Russian occupation during the era of Partitions. In 1798, Izabela's son, Prince Adam Jerzy Czartoryski expounded upon her 'Temple of Memory' when he travelled to Italy and acquired many Roman antiquities for the museum, as well as two of its most treasured pieces, Leonardo da Vinci's beloved oil painting 'Lady With an Ermine' and Rafael's 'Portrait of a Young Man' - the latter of which has been missing since World War II.

During this period the Puławy museum proved extremely popular as Poles travelled from all parts of the partitioned lands to see it. The Prince's involvement in the failed November Uprising of 1830-31 against Russian rule, however, forced him to flee Poland for France, taking most of the museum collection with him. Settling in Paris, Prince Adam Jerzy bought the Hotel Lambert for his estate-in-exile and turned part of it into the 'Living Museum of Poland.' His successors, Prince Władysław and his sister Princess Izabela Działyńska, expanded the collection significantly - adding Etruscan, Greek, Roman and Egyptian antiquities - before the French defeat in the Franco-Prussian War in 1781 forced the Czartoryskis to flee Paris and hide their artefacts. It was at this time that the city of Kraków - where Austrian occupation was less severe than other regions of the former Polish lands, and where Polish nationalist sentiment was peaking - offered Price Władysław the former city Arsenal and additional buildings as a home for his collection. In 1878 the museum opened to the public in Kraków, becoming the city's first, with the National Museum's first exhibit in the Cloth Hall not yet to occur for another five years.

Anticipating the German invasion of World War II, the museum packed and hid its treasures, but the Nazis soon discovered and looted them. The wartime escapades of the Czartoryski collection are a story in itself - moving from Krakow to Sieniawa (south-eastern PL), Dresden, Berlin, back to Krakow, then to Silesia - during which time the collection was repeatedly fractured and scattered. Eventually the Americans recovered much of the Czartoryski treasures, but 843 artefacts remain missing from the collection today, including the aforementioned Raphael painting.

After the war, the museum reopened in Kraków under the purview of the communist authorities and was the city's most popular cultural institution, after Wawel. Once the regime fell, the collection was returned to the Czartoryski family in 1991, eventually closing for repairs in 2010. While closed the museum's collection - including all yet-to-be-recovered works - was sold by the Czartoryski Foundation to the Polish State Treasury for 105 million PLN, a mere 5% of its estimated value. The museum was reopened as a branch of the Kraków National Museum in December 2019.

One of the most valuable art collections in Europe, the Czartoryski Museum includes a bit of everything: masterpieces of European painting, sculpture, applied arts, Egyptian artefacts, Far Eastern art, Polish historical memorabilia, priceless books and documents from the Czartoryski Library, and more. Specifically, visitors will see one of only four female portraits by Leonardo da Vinci in the world, Rembrandt's prized Landscape with the Good Samaritan, trophies from King Sobieski's victory at the Battle of Vienna in 1683, Chopin's death mask, and separate urns containing the remains of Copernicus and Polish poet Jan Kochanowski.

While the riches on display are indeed dazzling, the museum unfortunately lacks almost any contextual information alongside the displays to engage the viewer with the various objects. This absence of narrative and the collection's overall lack of cohesion is no doubt due to the fact that this was a family's private collection, expanded over several generations. Prior to renovations the museum's randomness and austerity gave it an old world 'Cabinet of Curiosities' charm; but now, following the museum's modernisation, supplemental info feels more absent than ever. For a more engrossing experience, guests should enquire about the audioguide, available in Polish, English, French, German, Italian, Spanish, Ukrainian and Russian for 10zł. Visitors with kids should also check the drawers of the movable furniture in the foyer for hands-on displays and activity sheets. 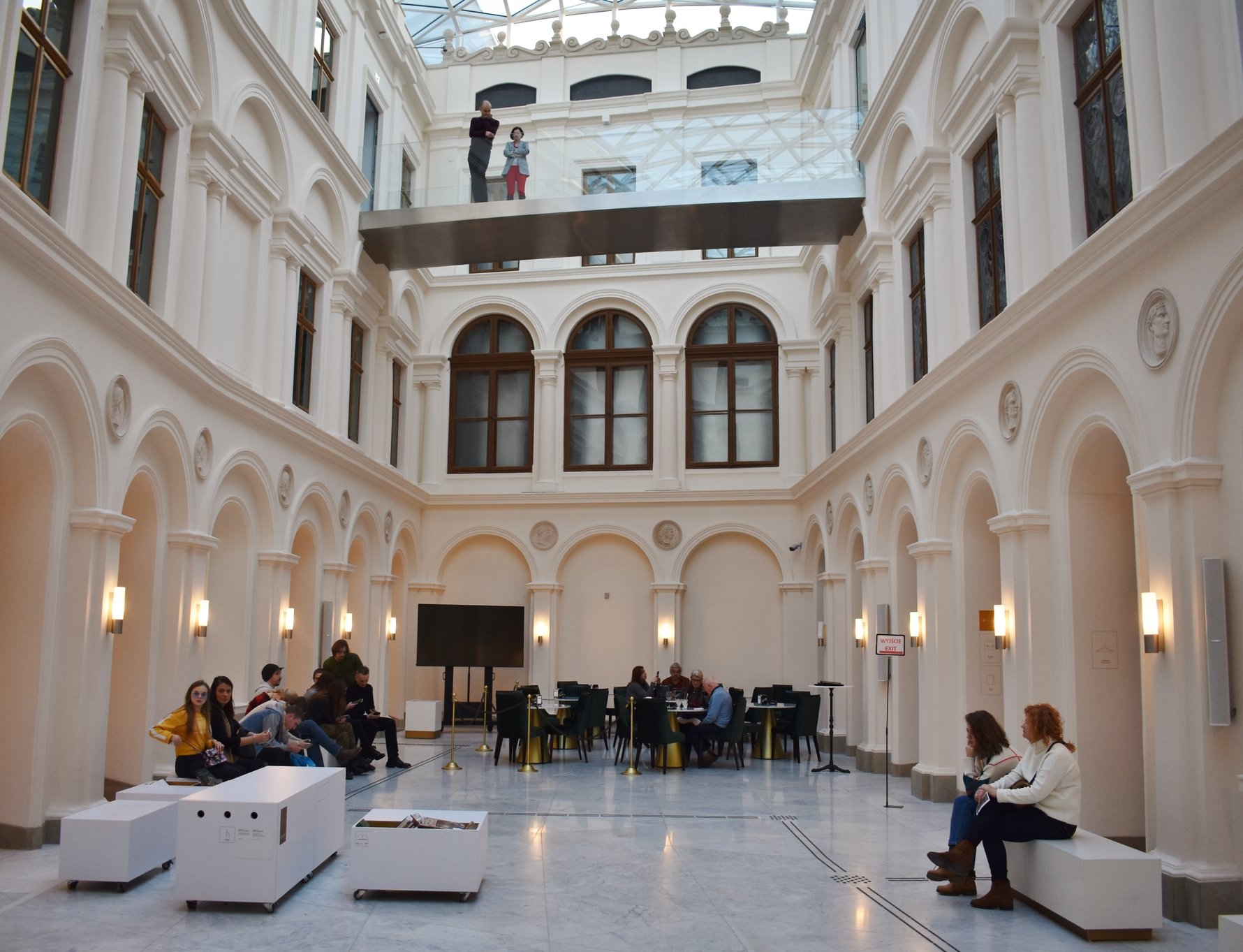 Occupying the same set of historical buildings that it has since it was first opened to the public in Kraków in the late 19th century, the Czartoryski Museum complex is located near the Floriańska Gate and incorporates buildings on the corner of ul. Pijarska and ul. Św. Jana with the former Piarists' Monastery and the former city Arsenal across the street. The Arsenal is now home to a special section of the Czartoryski Museum called the Ancient Art Gallery, and can be visited separately.

The main entrance of the Czartoryski's primary permanent exhibit is from ul. Pijarska. Inside, a pre-war grandeur has been restored, replete with gold details and grand chandeliers and a glass catwalk over the impressive foyer. At the moment there are a very manageable 21 small rooms open over two floors, and the museum takes just over 1 hour to visit. To control the volume of guests, all entrances are numbered and timed, so it's best to buy tickets online via bilety.mnk.pl as early as possible; a more limited number of tickets are available on-site at the ticket desk the day of visiting.

The museum is handicap-accessible, includes 'sensory' displays for the blind throughout, and there is also a fancy cafe operated by Farina inside.

Al. 3 Maja 1
featured
/krakow/national-museum-main-building_17104v
The National Museum has 11 branches in Kraków, with this monolithic structure - apparently built over the course of half a century from 1935 to 1989 - being the main administrative branch and landing spot for the institution's most ambitious exhibits.
see more
Featured

ul. Pijarska 8
/krakow/czartoryski-museum-arsenal_80929v
Originally built in the mid-15th century, this space once stored the city's armoury, munitions, cannons and gunpowder. In the 1800s it was rebuilt and expanded into its current neo-Gothic state to hold the vast library and collections of the Czartorys
see more

The simple answer is 'where's the fun in a sign?' Some people love a moan and they love to be able to put you right. Putting up a sign would put an end to hours of endless fun begrudgingly having to tell stupid foreigners like us that the place is closed. You should try checking the research in some of these places. What? You want information from us to print free in thousands of guidebooks which will inform lots of visitors...........leave us alone - we're too busy. <br /><br />It ought to be said that we love Poland and there are a number of great things about it. Old state employees generally don't fall into that group. That said it is changing rapidly as a visit to the Uprising Museum or Chopin museums in Warsaw will demonstrate. I guess that the Czartoryski Museum is likely to be markedly improved once the renovation work is done probably putting a few of these older people out of work - hence the bitterness.
15.10.2010
Judy Behrens

I was in Krakow May this year and wanted to go to this museum and was grumpily told it was closed. If they don't want to speak to us why not put up a sign.I am going again next year and want to see the new museum under the market square the email I received says it opened on 24th September can anyone tell me if this is true.
11.02.2010
Jeroen

The Czartoryski Museum will be CLOSED for remodelling till 2012. Part of its collections have been moved to the Niepolomice castle for an exhibition there open from April 2010. Leonardo da Vinci's Lady with an Ermine is to be temporarily displayed in the Cloth Hall gallery after its reopening.
Take your guide with you Download a pdf