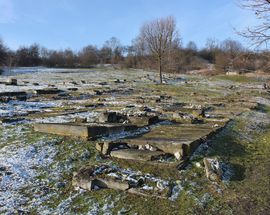 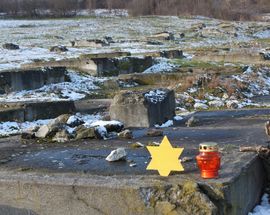 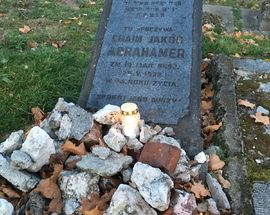 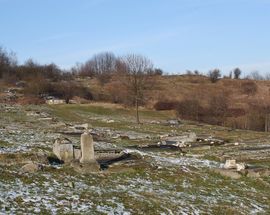 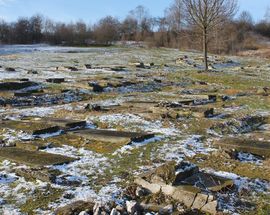 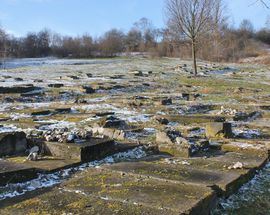 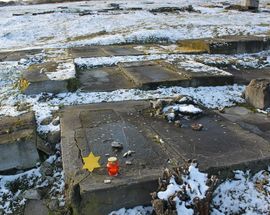 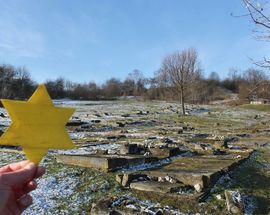 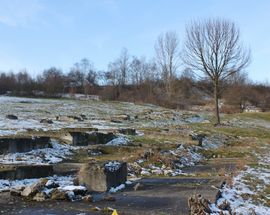 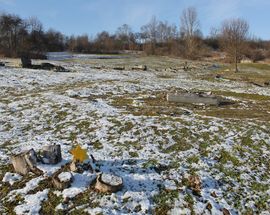 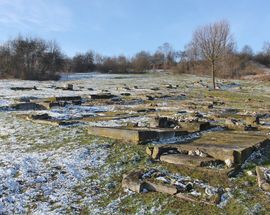 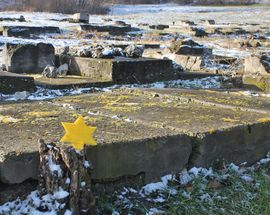 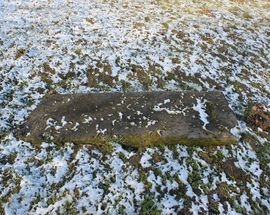 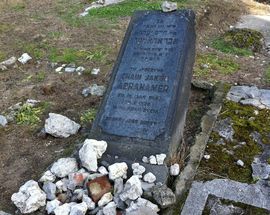 One of the main areas of recent restoration work in the former KL Płaszów camp has been that of the two pre-war Jewish cemeteries located here: The Old Cemetery of the Podgórze Jewish Community, established in 1887 (when Podgórze was an independent city); and the larger New Jewish Cemetery, with its monumental funeral parlour, established in 1932 (after integration with Kraków) just south of it. Landscaping works, which had not been carried out in decades, recently revealed the broken stone slabs of dozens of forgotten Jewish graves only a short walk northwest from the funeral parlour ruins in the Old Jewish Cemetery. Unfortunately, the lack of headstones - which were used to pave the main streets of the camp - make it impossible to identify any of the graves, with the exception of the surprisingly well-preserved grave of a certain Chaim Jakub Abrahamer (d. 1932); see if you can find it. 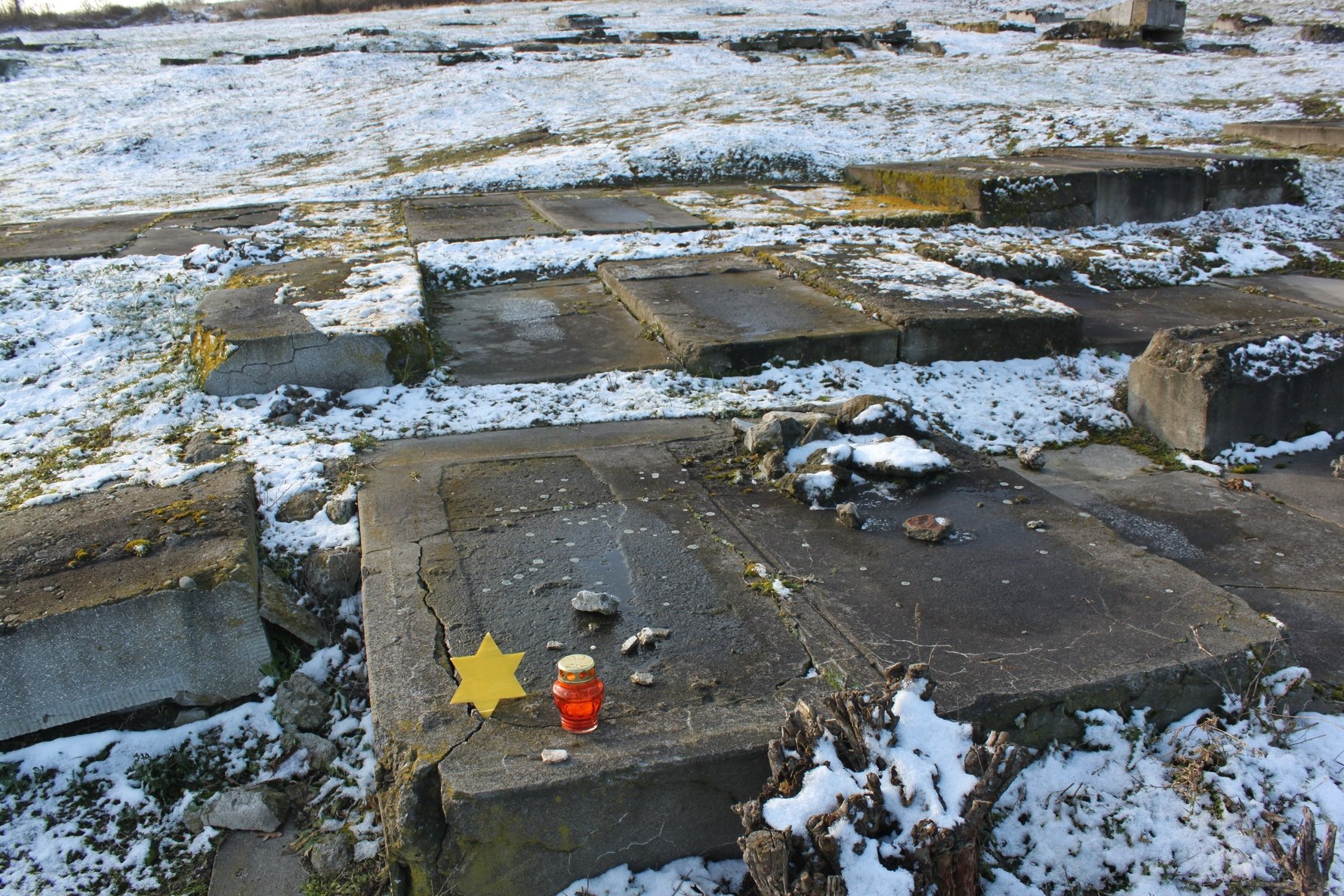 The top of the hill just a short walk north from the surviving graves offers a panoramic vantage point over the camp stretching to the south. The landscaped area stretching east to west before you is the area of the former New Podgórze Jewish Cemetery. Recent excavations have helped to outline the area of the large assembly square in the middle, which was built directly over a mass grave from the early days of the camp. The Germans operated a steam shovel here, digging two massive graves in March 1943. The bodies of the thousands murdered during the liquidation of the ghetto were dumped here, and thousands more deemed a hindrance to the productivity of the camp, including many women and children, were forced to undress here and face the pit, before they were shot in the head. According to eyewitnesses, dozens were murdered at this site daily until the summer of 1943, when 'H Górka' on the southern side of the camp became the preferred site for executions, the graves were levelled, and the camp assembly square was built over top of them. About 100 metres long, it was on this square that work briefings, ‘health inspections’ and dreaded selections took place. The barracks for Polish prisoners stood just on the left side of the assembly square, and rows of barracks for Jewish prisoners stood on the right side, then followed by utility buildings and a hospital.

ul. Jerozolimska 25
/krakow/jewish-funeral-parlor-ruins_152792v
Just past the Guardhouse and SS Officers' Club on the right side of the road is a footpath directly into the camp along what was once the dividing li
see more

ul. Szeroka 40
/krakow/remuh-synagogue-cemetery_16499v
Dating from 1553, this is Kraków's smallest but most active synagogue, with Shabbat services once again taking place here each Friday following the recent completion of restoration works. The synagogue was established by the family  famous 16th centur
see more

ul. Abrahama 6
/krakow/sara-schenirer-headstone_153167v
Just beside the Grey House is a paved walkway leading to the modern, restored gravestone (erected in 2005) of Sarah Schenirer (1883-1935), whose original headstone in the New Jewish
see more